A breast cancer diagnosis at 23 is anything but funny, but Leah Kirtio says one of the ways she managed having cancer was by keeping her sense of humour alive.

Now 32, and cancer-free for eight years, Kirtio says her “inappropriate humour” opens up the conversation about breast health to women she meets.

Kirtio’s first mastectomy on her right breast was in 2009 at the Misericordia Community Hospital in Edmonton, one month after her diagnosis.

“The initial tumour was basically the entire size of my super-tiny breast,” says Kirtio, with a laugh.

Five years later, Kirtio chose to have a preventive mastectomy after gene-testing revealed she was susceptible to developing cancer again.

“I’d never had a specific attachment to my breasts anyway,” says Kirtio. “I was like, ‘If I do find my perfect person and have kids, I’d actually like to be around for them.’”

As it happened, Kirtio found her “perfect person,” Chad Yaskiw, when they were both volunteering for the Edmonton Bust A Move For Breast Health event in 2012 — a fitness event where participants raise money in support of the Alberta Cancer Foundation.

A friend had invited Kirtio to join the event’s inaugural planning committee, and that same friend invited Yaskiw to volunteer, as well. They both accepted — Kirtio as a way to give back to the Alberta Cancer Foundation and Yaskiw to support the cause, as his father was going through cancer treatment at the time.

“If it hadn’t been for his experience with his dad’s treatments and surgeries and my [cancer] experience, too, we would have never both been at Bust A Move at the exact same time,” says Kirtio.

The two met while setting up for the event. Kirtio had refused Yaskiw’s help to carry a heavy box of T-shirts, but ended up dropping the box and making a mess. Yaskiw, undeterred, helped her clean up and then proceeded to ask her out.

Kirtio and Yaskiw, who were married in January 2016, do their best to be everyday health advocates, and they still volunteer time and money to Bust A Move. Both believe in the importance of a healthy diet and active lifestyle when it comes to facing cancer; they are big fans of exercise and fitness classes, and Kirtio teaches a weekly ballet barre class.

“I am a firm believer that being active and healthy can go a long way in prevention and recurrence of certain illnesses, and that balance in life is key to being healthy,” Kirtio says.

Kirtio has also found that being open about having cancer is one of the best ways she can provide support to women in the breast cancer community. She talks about the importance of self-examinations in everyday conversations, and women from her classes sometimes even refer their friends to her, should they have any questions about breast cancer.

“I wish that when I was going through it there was a young person like me who could tell me, ‘This is what to expect,’” says Kirtio. “If I can help just one person, I feel like I’ve done something good for the world.”

After a pause, she adds, “Other than being slightly sarcastic all the time.” 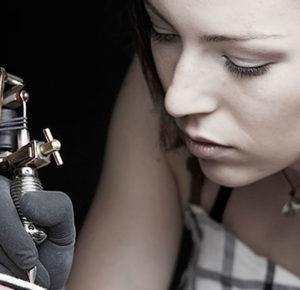