“I like visioning and big ideas and thinking about innovation,” he says. “Physicians have a responsibility to co-lead and co-manage how health systems resources are managed in a publicly funded system like Canada’s. We have to be mindful and prioritize that, which is where evaluation and data come in.”

Originally from Sri Lanka, Sinnarajah went to medical school in Toronto, where he was drawn to palliative care. As he describes it, palliative care is more than just hospices and end-of-life support to ease suffering in a person’s final days of illness.

“Palliative care, to me, truly is a person-centred look at where the patient and loved ones are at. It focuses on well-being and quality of life,” he says. “You support the patient’s family from their perspective and try to contextualize that medical information so it’s understandable for that particular patient.”

According to Sinnarajah, Calgary has one of the top utilized palliative care programs in the country, but patients aren’t always accessing services in a timely way. Early palliative care — an approach where patients get earlier access to a specialist palliative provider and/or palliative home care alongside standard cancer treatment — has been gaining traction since a groundbreaking paper by Harvard researchers in 2010. It showed that, in a study of lung cancer patients, early palliative care patients actually lived longer, with improved quality of life.

In 2013, Sinnarajah completed a master’s degree in public health at Harvard University through a summer-only, three-year course. For his final master’s project, he combed over data around cancer deaths in Calgary covering a span of eight years. He examined what the last year of life looked like in terms of hospital, emergency room, ICU and palliative care involvement. The data showed 90 per cent of patients received formal palliative care services, but average access was, in general, only two months before death. “So, we didn’t have a problem with access for cancer patients in Calgary, we had a problem with how early patients were being offered an early palliative care approach,” says Sinnarajah.

Currently, Sinnarajah is one of the co-leads of the PaCES (Palliative Care Early and Systematic) project. In this four-year study, researchers from the University of Calgary and University of Alberta are looking at the effectiveness of routinely providing early palliative care support in tandem with cancer treatment for advanced colorectal cancer patients. On the back of support from Alberta Cancer Foundation donors, the project started in 2017, when it received a $1.7-million funding grant from the Canadian Institutes of Health Research (CIHR) and Alberta Health. The team is now assessing how Albertans with advanced colorectal cancer use health-care resources, and how oncology clinicians, caregivers and rural patients are engaged. They are examining the impact of early palliative care on patients, families and health-care costs with the end goal of developing a framework and plan that can be translated across the province. By increasing the number of patients getting earlier palliative care, the aim is to improve patient and caregiver outcomes for people living with cancer.

“Whatever we are doing as a health system with palliative care, we need to always be monitoring and evaluating to make sure it’s actually doing what it needs to,” Sinnarajah says, emphasizing how important health systems research is.

“Hopefully, a palliative patient 30 years from now  who goes through the system has a better experience than the patient today.”

PaCES At a Glance

The PaCES (Palliative Care Early and Systematic) project is a province-wide, four-year study  measuring and describing how patients with advanced colorectal cancer use palliative care, cancer  care, hospital care and community care services during their last year of life. The study will collect monthly data on patient and caregiver outcomes and health-care impact, which the researchers will use to assess changes when the early palliative care framework is implemented. 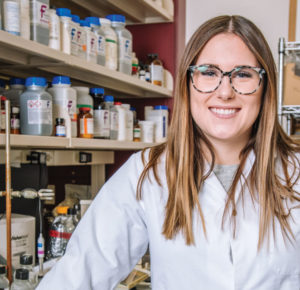 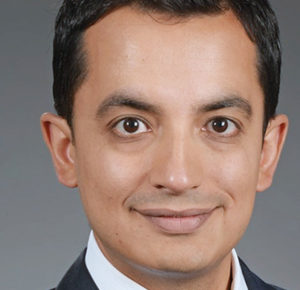