A decade-long project to improve access to radiation therapy in Alberta is nearing completion. Known as the Radiation Therapy Corridor, the project will bring 92 per cent of Albertans within 100 kilometres of a radiation therapy clinic, up from 72 per cent.

The province began work on adding radiation therapy to three cancer centres back in 2008. The Jack Ady Cancer Centre in Lethbridge opened its new facility in 2010, with Red Deer’s Central Alberta Cancer Centre following suit in 2013. The final treatment centre, a part of Grande Prairie’s new hospital, is slated to complete the north-south corridor in 2019.

According to Brenda Hubley, executive director of community oncology with CancerControl Alberta and Alberta Health Services, and the operational lead for the Radiation Therapy Corridor, research shows that proximity to treatment is not only convenient for patients, it also affects treatment choice and can have an impact on quality of life.

“When we look at the literature, we actually know that being within that 100-km distance is oftentimes a deciding factor for patients as to whether or not they access radiation treatment,” says Hubley.

Roughly 50 per cent of cancer patients require radiation therapy, which uses high-energy radiation to kill cancer cells and shrink tumors, as part of their treatment. Before Lethbridge and Red Deer opened their units, Calgary and Edmonton were the only radiation therapy centres in the province. This posed a challenge for many out-of-town patients, as treatment often involves sessions spread over many weeks.

“Leaving home for a week at a time, or sometimes for four and five weeks, is emotionally, financially and physically very difficult,” says Hubley. “Being able to support patients to get safe, high-quality care as close to their home community as possible is a real priority for us.”

Hubley says that she has heard many stories of patients in Lethbridge and Red Deer who have consulted with their doctor expecting to have to take a long drive or expensive flight for treatment.

“When they were told, ‘No, we’re going to be able to treat you here, and we’ll be able to start your treatment tomorrow,’ [some of these patients] broke down in tears because now they’re actually able to stay home and be closer to family,” says Hubley.

Trevor Campbell has seen the impact of the new clinics first-hand. He moved from Edmonton’s Cross Cancer Institute to manage the new radiation therapy facility in Lethbridge. Campbell says the feedback from the community has been very positive, and that patients are grateful they don’t have to make the two-hour drive to Calgary for treatment.

“People really comment that the clinic has a small-town feel. It’s easier to get to, it’s not crowded and not rushed,” says Campbell. “They appreciate the approach that we have at the centre.”

The Lethbridge clinic provides radiation therapy to somewhere between 480 and 500 patients every year, according to Campbell. It focuses on treating early stage lung, breast, gastrointestinal and prostate cancers, in addition to offering palliative treatment for all late-stage cancers.

“Often [the late-stage patients] are the patients who are less likely to travel,” says Campbell. “They’re not feeling well, they’re in pain, and we’re getting them through a short course of radiation in order to alleviate their symptoms so they can get on living a quality life.”

Not only do the new treatment centres benefit patients living nearby, Hubley says they are also helping to improve access across the province — as fewer patients come to Calgary and Edmonton for treatment, there is less pressure on those facilities.

“Patients [in Edmonton and Calgary] were waiting four or five weeks for treatment, but those wait times have decreased significantly,” says Hubley. “That indicates to us that we’ve been successful in improving access to care for patients.” 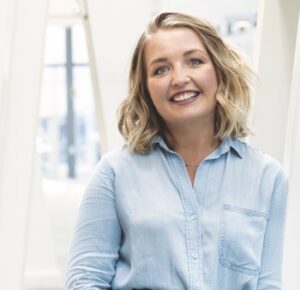 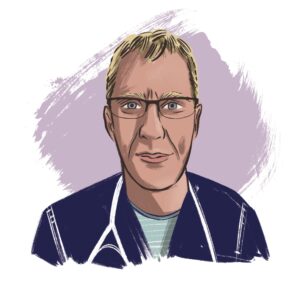