When Linda Austin decided to take a mindfulness meditation program through the Tom Baker Cancer Centre, she was afraid she’d be made to sit in a circle and say “om.” She tried it anyway, and is now one of the program’s most enthusiastic advocates.

The course taught Austin breathing techniques, body awareness, sensory awareness, being present, and relaxation through meditation and yoga. By the time the program ended in the summer of 2017, Austin hadn’t once said “om”— but she had experienced physical, cognitive, emotional and mental benefits. “I could see the difference in how I was coping with my everyday life,” Austin says.

Austin was diagnosed with myelodysplasia (a type of leukemia that had claimed her father’s life) in 2013. She went through chemotherapy treatment, which weakened her, and a stem cell transplant, which confined her to the hospital for five months with infections and complications. She was exhausted and reluctant to sign up for the weekly meditation program, which seemed like yet another medical appointment. Now she’s glad her care team at the Tom Baker Cancer Centre kept urging her to enroll.

A program graduate, Austin engages in several seven-to-10-minute meditation breaks during the day to rejuvenate and focus. She says learning mindfulness has made a huge difference to her life. “I’m more at peace with my cancer journey than I have ever been,” she says. “I honestly believe I’m going to be okay now because not only have I accepted my new normal, I have learned to live with my new normal, which is a big difference.”

Mindful.org
A website with resources, advice and information about mindfulness practice. 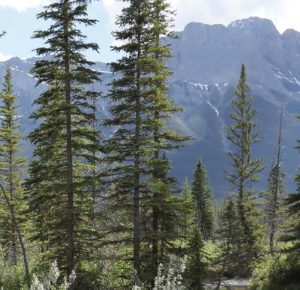 The Benefits of Forest Bathing