We met our palliative care doctor on one of the worst  days of my life.

On the day we met our palliative care doctor, we should have been at the airport, boarding a plane to Ottawa. Instead, we were dejectedly, unexpectedly, in a hospital room at the Tom Baker  Cancer Centre.

My 36-year-old husband, Spencer McLean, had been diagnosed with metastatic kidney cancer two weeks earlier — shattering our life plans. We were devastated and stunned. With our oncologist, we’d laid out a cancer strategy and set about getting Spencer through the last exam to complete his training to be an orthopedic surgeon.

The night before we were to fly to Ottawa for his exam, he couldn’t eat. He lay down on the floor to relieve a new pain in his side.

Bear with me if I skip the goriest details of what followed. I thought he would die in my arms as we waited for the ambulance. The next morning, a diagnosis came back, confirming that he nearly had died: cancer now lived in his liver, too, and caused a blood clot in a major vein.

“He said he was very sorry that this was happening to us.”

We’d known cancer was killing him; we had no idea  of its ferocity.

The next morning when we met our palliative care doctor for the first time, we were terrified for what the next days and weeks might bring.

Our doctor introduced himself by his full name but  insisted we call him by his first, Brad. He pulled the chair close to Spencer’s bed and sat down.

He said he was very sorry that this was happening to us. They were simple words, but substantial: When your life is about 5 a.m. blood draws and trips to the hospital basement for ultrasounds, you take comfort in sincere human exchanges.

He said to us that unfortunately we could not change the path we’d been put on. But, he said, we “could control the way we walked on that journey.”

I can’t recall now everything we spoke about with Brad on that first day or the 26 days that followed until Spencer died. We talked of many things: hockey; loved ones Brad had lost and we had lost; insomnia; student loans; pain medications. The three of us cried together and laughed, too.

And those conversations made a difference. They influenced Spencer’s medical care — there was always a plan tailored to what Spencer deemed most important to him. Just as importantly, the conversations helped us lay out our priorities as he was dying. We wanted to spend as much time together as possible, as lucidly as possible; he wanted to ensure his student loans would not fall to me.

That matters when you and the people you love are facing the very worst. 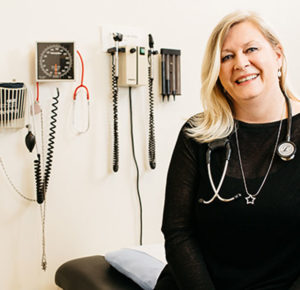 Patient and Family Centred Care Week Is November 5 to 9