Mindfulness is a simple idea, according to Dr. Linda Carlson. It’s just being present, awake and aware in the moment — but that’s easier said than done. “Our natural state is not always that mindful,” Carlson says, explaining that we tend to dwell on the past or imagine the future, and the stress and difficulty of a cancer diagnosis distracts us even more.

Carlson is a clinical psychologist and director of research in the Department of Psychosocial Resources at the Tom Baker Cancer Centre in Calgary and holds the Alberta Cancer Foundation’s Enbridge Chair in psychosocial oncology. She’s been developing and guiding mindfulness meditation programs for cancer patients for more than 20 years.

“Being diagnosed with cancer is all about uncertainty, loss of control, change in routines, unpredictability, existential crisis,” she says. The treatment process often causes pain, nausea and insomnia, and survivors live with the fear of recurrence. Carlson says all of these symptoms and side effects are amenable to treatment with mindfulness, which helps improve focus, regulates energy levels and helps people deal with uncertainty.

Carlson’s interest in yoga and meditation dates back to her student days in the 1990s, when a Buddhist monk classmate at McGill University introduced her to these practices. Carlson became inspired by the work of Jon Kabat-Zinn, an American scientist, writer, professor and founder of Mindfulness-Based Stress Reduction, or MBSR. “Mindfulness is a formal practice where you set aside time in your day, but it’s also a way of being,” Carlson says. “It’s an attitude or a fundamental approach to life.”

Later, as a post-doctoral fellow at the Tom Baker Cancer Centre in 1998, Carlson and three colleagues — Michael Speca, Eileen Goodey and Maureen Angen — developed a seven-week mindfulness meditation program, which they used to investigate the effect of this practice on the stress levels and moods of cancer patients. Carlson wasn’t surprised to learn that the program measurably reduced participants’ stress symptoms, but the magnitude of the changes was beyond what she had anticipated. “We saw huge improvements in people’s level of anger, anxiety, physical stress symptoms and fatigue,” she says.

Carlson’s original meditation program has become a nine-week program that combines intensive training in mindfulness practices with gentle hatha yoga. Tom Baker Cancer Centre patients can choose from three programs, offered on different days, three times a year, and the sessions can accommodate 15 to 20 participants. Carlson also offers a weekly drop-in group for program “graduates” who want to continue their practice. Recently, the Tom Baker Cancer Centre also trained facilitators from Wellspring, a non-profit organization that supports cancer patients and survivors, so that it, too, can begin offering mindfulness meditation programming.

Mindfulness was once considered a complementary or alternative therapy, but that’s changed. Carlson says her program has had a wait list for 20 years, is included in the new patient orientation package at the Tom Baker Cancer Centre and is recommended by oncologists. Similar programs are offered across the world. None of this surprises Carlson, who has long understood the connection between mindfulness and physical well-being. “Everything that happens in your mind happens in your body,” she says. 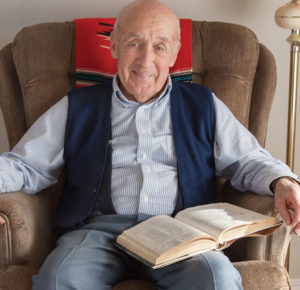 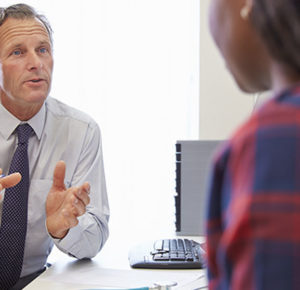 Beyond Cancer: Finding the Right Support