By the time May Pringle got married, she was 31 years old and had been a bridesmaid for six different weddings. “I wasn’t exactly a child bride,” she says with a laugh.

While many women of her generation married young, Pringle says she was too busy living her life. “I wasn’t going to get married just for the sake of getting married.”

Born in Calgary and raised in Carseland, Alta., she attended secretarial school in Edmonton before travelling the world and launching a career in the energy sector that led to a three-year post at Halliburton’s Los Angeles office.

Everything changed when she returned home and took on a job at West Canadian Oil & Gas Inc. There, she met William (Bill), a chartered accountant who shared her love of politics, investing and outdoor adventuring. Pringle describes their love affair matter-of-factly. “We started going out and decided we wanted to live with each other,” she says. In 1963, the couple got married and remained happily so for 52 years.

But their happy life was interrupted by cancer on many occasions, beginning in 1987, when Pringle asked her obstetrician to run some tests to find out why she was feeling so unwell. On a Friday night, the doctor phoned her with shocking news: she had uterine cancer. Fortunately, Pringle was referred to an oncologist at the Tom Baker Cancer Centre who soon removed the tumour and confirmed that it hadn’t spread. “I was lucky — they got it right away and I didn’t need any other treatment,” she says.

Surviving cancer opened Pringle’s eyes to the world of cancer treatment and research, and motivated her to give back to the hospital that had cured her. After taking a six-week training course, she began a 28-year volunteer career at the Tom Baker Cancer Centre, starting with the hospital’s gynecology outpatient clinic. Her work centred around supporting newly diagnosed cancer patients, and she often held patients’ hands during appointments. “I just seemed to fit in there really well,” she says. In 1991, she and her husband decided to give back financially, as well, with yearly donations to the Alberta Cancer Foundation.

After Pringle’s cancer experience, the couple went on to share several happy and healthy decades together. They travelled the world, camped and hiked, and enjoyed time with friends and family. Then, a decade ago, cancer reappeared in their lives when Bill was diagnosed with prostate cancer, which doctors easily treated. Not long after, Pringle was diagnosed with her second cancer — melanoma — which was also treated successfully.

But, four years ago, Bill became seriously ill while the couple was vacationing in Victoria, B.C., and doctors discovered he had pancreatic cancer. This time there were limited treatment options and, in 2015, Bill died in hospice.

Losing Bill has been tremendously difficult for Pringle. “He was my best friend,” she says.

As much as she’s grateful for five decades with a wonderful partner, she still feels like their time together was cut short by cancer. Two years since his passing, Pringle remains committed to supporting the Alberta Cancer Foundation with yearly donations, and she has also named the Foundation in her will. For Pringle, the decision to donate is an easy one: “We need money for research — that’s the only way we’ll beat cancer and improve diagnosis and treatment.” 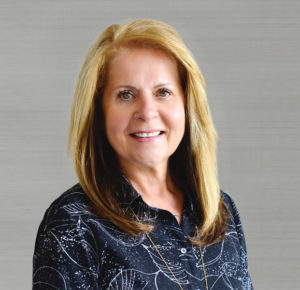