Oncologist Dr. John took the road less travelled. Before pursuing his dream of becoming a doctor, he spent 10 years in the lab as a Ph.D. student and postdoctoral fellow studying molecular biology and specifically inflammatory bowel disease — a very personal experience as Walker has Crohn’s. He thought a good foundation in research would prepare him well for a career in medicine.

This has turned out to be the case. For the last five years, he has not only been treating people with head and neck cancers and melanoma at the Cross Cancer Institute in Edmonton but is now also scratching that research itch by becoming involved with investigator-initiated clinical trials. “I definitely took a left turn career-wise,” admits the 43-year-old married father of three. Nevertheless, he has arrived at his desired career and has become a dedicated clinician who is also actively hunting for the next, best treatments for his patients.

Investigator-initiated clinical trial opportunities come via a twice-yearly competition sponsored by the Alberta Cancer Foundation (the Foundation). Trial proposals are interventional, which means participants receive specific interventions including medication or lifestyle changes. They often include previously known medications or treatments that are applied differently or in combination or used with a new patient group. Walker has submitted two successful trial proposals (he has his fingers crossed for a third)
to date.

“Success is often being in the right place at the right time and looking for opportunities to apply existing knowledge to new questions.” — Dr. John Walker

One of them is the LATENT (Lytic Activation to Enhance Neoantigen-Directed Therapy) trial. Beginning in October, the two-year study involves 39 diverse patients whose cancers are related to chronic viral infections, such as the human papillomavirus (HPV). The most common scenario will be patients with cancers of the oral cavity or cervix. Patients will receive two drugs. Valproic acid moves the virus from a latent state to a “lytic” phase, where the virus begins to reproduce, making it more visible for treatment. Avelumab switches off a deactivation mechanism — caused by the cancer itself — and ideally restores the patients’ natural, anti-cancer immunity.

As opposed to traditional clinical trials, which are driven by the pharmaceutical industry, investigator-initiated trials allow medical personnel to test their hypotheses, often ideas close to their own hearts and practises. “They are neither better nor more effective than industry trials,” says Walker. “It just places them in a distinct class.”

Because the safety profile and optimal dosage of each drug (in the LATENT trial) has been well established, this will be a Phase Two trial, says Walker. However, the collection of safety data — a primary goal of Phase One trials — will continue to be integrated into the process.

The LATENT proposal was vetted by a local committee, met the Cross Cancer Institute’s ethics standards and was approved by Health Canada. Walker’s next duties include confirming eligibility criteria for patients, delivering therapies and keeping his trial team — a clinical trials registered nurse and a data coordinator — motivated. Nurse Shelley Sass is already a recipient of that motivation. “John’s enthusiasm for understanding these new treatments, their side effects and the mechanism as to how they come about encourages me to want to learn more.”

Walker also wears a fundraising hat. He is grateful to receive $200,000 from the Foundation for the trial and pleased to parlay that into a grant of $2.5 million from the pharmaceutical industry. This support will go a long way in helping patients across the board and will ultimately result in slower-growing cancers, remissions or even cancer-free outcomes. And the timing is critical. Traditional therapies for head and neck cancers, for example, especially metastatic cases, have been “notoriously ineffective.” Indeed, over half of Walker’s clinical caseload patients will die without new, innovative strategies.

The biggest challenge in starting trials and seeing them to fruition is time and money. It takes Walker a couple of months to come up with an idea and one month to write protocol, typically when the kids are in bed. “And there is no guarantee you will be funded,” he says.

Even an exciting job like Walker’s has boring bits. “The uncool part is filling out insurance forms, ordering prescriptions, going to meetings and dictating.”

But the cool, rock star part always prevails: improving the lives of patients with cancer and their families, one investigator-initiated clinical trial at a time.

I am a medical oncologist and a cancer researcher.

Some might think my job is a depressing one, but I meet and care for patients daily who are full of hope and courage. A diagnosis of cancer may reveal strength and resilience a person may never have known they possessed.

One strategy which is proving successful for me is “transmuting” an idea or theory from one setting to another. For instance, before becoming a physician I studied in a research laboratory focused on inflammatory bowel disease, examining the interaction between the microbes within the gut and the immune system. Ten years later it turns out that the same gut bacteria may influence how a person responds to their anti-cancer treatment! Success is often being in the right place at the right time and looking for opportunities to apply existing knowledge to new questions.

4. If you weren’t a trial investigator, what would you be?

I’d like to think a retired professional hockey player, but in reality I think I would have made a decent high school science teacher.

5. What was the hardest lesson you’ve learned?

Perseverance. It was a really (really!) long road to get to where I am today, and I’ve needed a lot of support from family, friends, colleagues and mentors. But the journey was well worth it.

I am competitive by nature (just ask the kids I coach on my 10-year-old’s baseball team!) so medicine and medical research is a good fit for me. Mostly, I enjoy the inherent satisfaction of developing a research project that addresses and answers a worthy question.

It has been said that a researcher “stands on the shoulders of giants,” meaning we work to discover truth by building on previous discoveries. In that sense, if we can say that our work and research has meaning and has advanced the goal of improving the care of those living with cancer, we can all derive satisfaction from the end result. 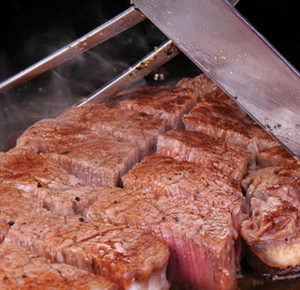 Transitioning into Life After Cancer Treatment