In 2014, when Ahmed Al-Obeidi’s younger sister Yasameen was diagnosed with mediastinal large B-cell lymphoma, it was up to Ahmed to stay strong for her while doctors in Dubai administered treatment that was both frightening and painful. “It was a disaster,” says Al-Obeidi. “We never knew if she would be there, alive, to open the door for us.”

Thankfully, Yasameen made it through, and Al-Obeidi says it was the wonderful treatment his sister received from a Western hospital in Dubai that inspired him to cultivate a new life in Canada. Thus, by April 2015 – after applying for the Federal Skilled Worker Program – this civil engineer was on his way. “I toured all across Canada, but Calgary was calm and relaxed. My wife and I decided it would be a great place to raise our children.”

Yet Al-Obeidi could not forget about his sister’s struggle and so began looking for ways to help others who were facing similar circumstances. That’s how he found out about OneWalk, the Alberta Cancer Foundation’s fundraising movement to conquer all cancers. Participants raised funds and joined in on a 25-kilometre walk through the streets and neighbourhoods of Calgary. “I knew it was something I had to do,” he says.

Although nervous about fundraising, Al-Obeidi was pleasantly surprised to find that even his most cash-strapped friends were willing to donate. “Even my children wanted to help. They would take their savings and buy freezies to give to the foundation.”

Motivated by the support he’d received, on June 25, Al-Obeidi, along with hundreds of others, helped the ACF raise almost $1 million toward the cause. “The feeling was unbelievable. There were all kinds of people with differing capabilities, and they gave me energy. I felt like I could have walked all the way to Edmonton,” he laughs. “I immediately signed up for next year’s event!”

Al-Obeidi is sure that everyone has the ability to make a difference. 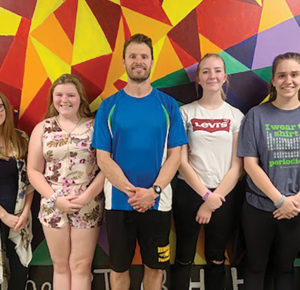