Cancer: the word no one wants to hear.

“It’s about giving and sharing. It’s providing enough information to get people excited about a certain concept or question, and then giving them enough room to fly,” says Dr. Sunil Verma.

Yet, it’s the very word that keeps Dr. Sunil Verma, medical director at the Tom Baker Cancer Centre in Calgary, motivated in his work. “I am always struck by the complexities of the disease, and by how much suffering patients have to endure,” he says. “These elements have always spurred my need to understand and solve different puzzles in order to improve patient outcomes.”

Born in Zambia, Verma moved to Calgary in 1988 when he was 13. “Calgary really laid the foundation,” he says, referring to his experiences at William Aberhart High School and later the University of Calgary. “This city is a very family-oriented, educationally focused area. I received great mentorship at every level.” From there, Verma went on to complete his oncology residency at the University of Alberta, and was later accepted into the Breast Cancer Fellowship program at University of Toronto. Quite the track record for someone who’s only just passed 40!

After completing his fellowship, Verma knew that returning to Calgary was an important step. “I needed to give back to the city and province that made me who I am.” When he was asked by members of the Tom Baker Cancer Centre to apply for the position of medical director, Verma saw the offer as a tremendous opportunity. “When I came for a visit, I knew I’d be joining a great team of wonderful people,” he says of his initial interview. “It made me want to help build on the strength that was already there.”

That’s why, over the past eight months, Verma’s been busy mentoring more than 100 fellow innovators at the Tom Baker Cancer Centre while simultaneously contributing to new developments in the field of breast cancer research. “It’s about giving and sharing,” he explains. “It’s providing enough information to get people excited about a certain concept or question, and then giving them enough room to fly.” To be sure, it’s this kind of “giving and sharing” that has spurred Verma’s research surrounding a treatment method called “antibody-drug conjugates,” whereby antibodies are attached to the chemo in order to better target the cancer cell. “Patients have been benefiting – it’s remarkable,” he says.

However, as Verma can attest, being a leader and innovator in the field isn’t always easy: “It’s a big challenge, to be able to shape the vision of how cancer care will be delivered and how research will be conducted,” he remarks.

Thankfully, he isn’t alone. Aside from the Tom Baker Cancer Centre’s existing network of professionals, as well as the incredible support they receive from Alberta Health Services, Verma insists that creating a global network is the key to making positive research advancements. “In order to be successful [in this field], you have to be able to collaborate and work with researchers on a global level. Part of the journey is ­making those connections.”

In fact, it’s his global perspective which already has Verma looking to the future. “In my mind, there are three ways our research is evolving. We’re looking to make advancements in targeted therapy, in order to offer patients more precise treatment; in immune therapy, whereby a treatment utilizes a person’s immune system in order to target cancerous cells; and finally, we want to increase patient involvement during their treatments.”

Nevertheless, in the midst of these exciting developments, Verma remains humble and true to his passion. In his words, “to be able to instill the love for research in students, and then see these people succeed – it’s one of my greatest accomplishments.” 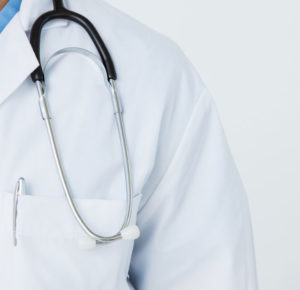 Studying the Connection Between Cancer and the Microbiome