Connie Sawatzky’s life has been touched by cancer far too many times. All three of her brothers passed away from cancer, as did her sister-in-law. And in January 2014, her husband, Aldon, was diagnosed with Hodgkin’s lymphoma.

“After a rough year of dealing with chemo in 2014, to win this in 2015 feels like we have gone the rounds. We are celebrating our blessings,” says Connie Sawatzky

“I cannot say enough about our doctors, our nurses and our patient navigator, who made such a hard time bearable,” says Sawatzky. And when her husband experienced a complication, the Cross Cancer Institute in Edmonton was able to help the family reduce the cost of the medicine he required. “We had a fantastic supportive local team and when we had to travel to Edmonton [from Drayton Valley] once for care, it reinforced how blessed we were to be able to do the treatment near home.”

So it was almost inevitable that Sawatzky would buy another lottery ticket for the Alberta Cancer Foundation’s Cash and Cars and You Win 50 lotteries, which she had been supporting since 2002. She recalls looking at the Cash and Cars brochure just before the draw and noting that they needed a new vehicle. “But I had forgotten about the 50/50 draw,” she says. So when the call came in to say she had won $737,500 in that draw, she didn’t pick up the unknown number. When a Foundation employee finally reached her, she initially thought it was a friend pranking her, so she put the call on speaker phone so her husband could hear.

Lotteries like these raffle off big-ticket items like houses, cars, vacations or the opportunity to leave financial worries behind. The Alberta Cancer Foundation has been running the Cash and Cars lottery for 16 years and added the You Win 50 component three years ago. As major fundraisers, lotteries enable the Foundation to donate to all 17 cancer centres across the province. But a lottery offers more than just the chance to win cash, vacations or jewelry: it also sells hope – hope that the funds raised will have a significant impact on the many Albertans dealing with cancer, and hope that cancer patients will be able to return to their lives.

Excited about her winnings, Sawatzky plans to buy a Jeep Grand Cherokee, build an outdoor horse riding area and secure her retirement. “After a rough year of dealing with chemo in 2014, to win this in 2015 feels like we have gone the rounds,” she says. “We are celebrating our blessings.”

Also celebrating his blessings is Robert Park, the winner of the grand prize package. His winning bundle includes a 3,700-square-foot contemporary house in Calgary, a 2016 grey Acura ILX and $10,000 in cash. As a lifelong resident who farms in the Three Hills area, Park plans to sell the Calgary house which he modestly describes as, “quite nice.”

Robert, a father of three children, was on the road for his job as an AMA appraiser when his mother broke the news that he had won. “It took a while to sink in. I wondered if it was true. Then other people kept calling me to congratulate me,” he says. When asked if he plans to retire, Park laughs and says, “Not quite, but this certainly will make retirement easier, or happen sooner.”

A periodic supporter of the Cash and Cars lottery, Park also has a personal connection to cancer and the work of the Alberta Cancer Foundation. His mom, Alice, a regular lottery supporter herself, was diagnosed with breast cancer more than a year ago. Doing well now, Alice speaks highly of the care she received at the Tom Baker Cancer Centre. “Everything was so well-organized that in just about a month I had my surgery and was back home. The staff were kind and caring,” she says. Alice intends to keep buying tickets to assist the Foundation in the future.

“It’s for a good cause. I want to support them so that they can continue to learn more about cancer and possibly find a cure.”

Plus, there’s always the lure of winning: “You never know,” says Park, who suspects that quite a few people he knows will buy tickets now that they personally know
a winner.

Tickets for the Cash and Cars and You Win 50 lotteries go on sale in August, and can be purchased online, over the phone or at select locations. For more information, visit www.cashandcarslottery.ca 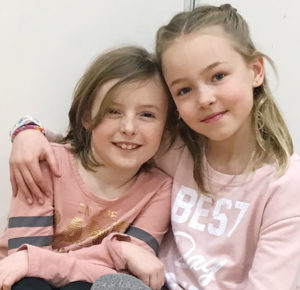 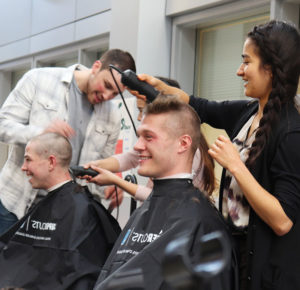