Why are men more likely than women to develop cancer? Why is there a higher incidence of cancer in Eastern Canada than in the West? Why do 80 per cent of patients who develop breast cancer have no family history of the disease? What if society better understood the complex causes of cancer and who was the most susceptible to developing the disease in their lifetime?

For the past decade, Dr. Paula Robson has been working as the principal investigator of the Tomorrow Project, one of Alberta’s largest long-term studies on cancer prevention, to answer these big questions. The study began in 2000 and is currently funded by the Alberta Cancer Foundation, Alberta Innovates: Health Solutions, Alberta Health Services and the Canadian Partnership Against Cancer. The questions are just a small part of Robson’s work to “untangle” the factors that contribute to cancer including genetics, human behaviour and environment. Her work strives to help reduce the future burden of cancer on individuals, families and society.

Today Robson and a team of 22 researchers are gathering, analyzing and documenting evidence from 50,000 Albertans and following them for 50 years. Statistically speaking, some of the participants are likely to develop cancer – in Alberta, it’s predicted that 50 per cent of men and one in three women will be diagnosed with cancer in their lifetime. By comparing the data of people who are diagnosed with cancer versus those who aren’t, Robson and her team hope to identify key indicators in what causes the disease.

“We’re trying to understand what’s going on in people’s lives,” Robson says from her office in downtown Edmonton, “what they eat, where they live, what they do for a living and the interactions between those things. If we better understand who is more likely to develop the disease, we can put preventative strategies in place.” It’s the kind of research that could take years, or even decades, to produce results. But Robson is hopeful the Tomorrow Project will have a lasting impact on future society.

Growing up, she never would have dreamt of being part of the Tomorrow Project – let alone living in Canada for as long as she has. Gazing out at the nearly frozen North Saskatchewan River from her office window, Robson is far away from the place where she was born. She grew up in a small town along the scenic coastline of Northern Ireland, outside Belfast. Robson completed her post-secondary education and went on to earn a PhD in nutritional sciences at the University of Ulster.

“It’s hard for people to see that prevention may have an impact. But it’s equally as important as other kinds of cancer research.”

In 2004, she crossed the Atlantic Ocean for the first time after her husband, a colorectal surgeon, accepted a fellowship in surgical oncology in Calgary. The couple didn’t anticipate staying in Canada for longer than two years, and had always planned to return to Ireland. But shortly after their arrival, Robson was hired as a researcher for the Tomorrow Project. In 2006, after two years with the study, Robson was invited to step into the role of principal investigator. Since then, she’s dedicated her life’s work to the project.

Since 2006, Robson has helped expand the volume of research participants in Alberta from 30,000 to 50,000. Participants share detailed information about their background, medical history, physical health, livelihood and lifestyle. Initially, Robson admits that critics argued they’d struggle to find enough participants for a 50-year study. But she argues that there’s many “altruistic” Albertans who wanted to make a difference by engaging in this type of research. “People understand that there’s little benefit for themselves [in the short term], but there will be benefits for their children and grandchildren,” she says.

Participants also consented to provide the study with biological material, including blood, urine and saliva samples, for analysis. Over 30,000 biological samples are securely stored in freezers at -80 C – the largest sample of biological material for research analysis ever collected in the province. Robson says the shift to include biological material in their study is essential to determining cause. “Years ago, researchers used to focus on one risk factor – diet, for example, or physical activity. But the literature today is telling us that we need to get beyond single risk factor investigations,” she says. “Diet is influenced by very many environmental factors, and diet will also influence many metabolic factors. It’s like trying to put together the pieces of a jigsaw puzzle.”

In 2008, the Tomorrow Project joined forces with similar research “cohorts” located in British Columbia, Ontario, Quebec and the Atlantic provinces. Together, they created the Canadian Partnership for Tomorrow Project (CPTP), with the goal of increasing the number of research participants, harmonizing their data collections and opening access for analysis. “There’s power in numbers,” says Robson. “We came together to recruit Canadians to participate in the study. We were able to go out nationally and collect information and biological samples from Canadians. Three hundred thousand people said yes.”

Sharing data is essential to advancing knowledge of the causes of more rare types of cancer, including glioma, a devastating brain tumour that typically causes death 18 months to two years after diagnosis. “We won’t see enough cases in Alberta to [compare data] and understand what causes glioma, but by working collectively and accessing larger sample sizes, we have the power to investigate,” says Robson. Under her leadership, the Tomorrow Project also recently joined the U.S. National Consortium, a collective of 56 research cohorts from around the world. “We’ll likely be invited to join other very large studies and contribute information that can be pooled together,” she says. “Soon we’ll have international sample sizes to tease out the minutia of what’s causing different kinds of cancers. It’s a very exciting time.”

Challenge is inherent to Robson’s long-term study. It’s no easy feat following, documenting and managing the information of 50,000 Albertans for 50 years. She says her team is constantly re-evaluating questions they need to change or add over time, and trying to stay on track of emerging literature. “Sometimes I feel we need a crystal ball,” she jokes.

Despite the challenges, Robson is leading the project forward to success. Amanda Wasney, strategic director at the Tomorrow Project, has worked alongside Robson for more than three years. During that time she says Robson has excelled as a leader, researcher and mentor.

“Dr. Robson has the unique ability to think big science and big connections, while keeping
her feet planted firmly on the ground,” says Wasney. “She believes in doing what’s right, whether it’s more challenging or time-consuming. She’s a humble, effective leader. She lets others shine all the time.”

The most difficult aspect of Robson’s research is proving that prevention is important. Focusing on prevention is less tangible than looking at the cure or finding new treatments. But Robson argues that by identifying risks of cancer in Alberta and around the world, governments and policy-makers can put controls in place to reduce risks and the numbers of people developing the disease.

She points to a 1954 case study in the U.K. that found individuals who smoked cigarettes were more likely to develop lung cancer than individuals who didn’t smoke. It took governments (and the general public) decades to take the research seriously. But since the Canadian government put controls on smoking (through taxes and public health campaigns), the number of adult smokers in the population has dropped significantly from 45 per cent to 19 per cent. As a result, the incidence of lung cancer (particularly in men) has also reduced.

“It’s hard for people to see that prevention may have an impact,” Robson says. “But it’s equally as important as other kinds of cancer research.”

After 15 years of collecting and documenting information from Albertans, the Tomorrow Project is ready to share its extensive data with other researchers seeking to understand cancer risk factors. Those with ethical approval will be given “controlled access” to information, along with blood, urine and saliva samples.

Dr. John Lewis from the University of Alberta and the Alberta Cancer Foundation’s Frank and Carla Sojonky Chair in Prostate Cancer Research, were the first local researcher to access data from the Tomorrow Project. Lewis is conducting a study with the researchers goal of developing an improved screening test for detecting prostate cancer, and accessed 1,000 samples from men who didn’t have the disease. Robson says she’s already fielding inquiries from researchers looking at improved screening and early detection for breast and lung cancer.

“We know we can’t do it alone, so we’re reaching out to other researchers to say, ‘Here’s what we’ve done in Alberta,’ ” she says. “We’re a part of an international data consortium. We want to advance knowledge about cancer control and prevention strategies in the ways that we can.”

How do you connect with your Irish roots in Edmonton?

I chat with family members by Skype almost every week, keep abreast of news from my hometown and I love listening to Irish music.

Where is your favourite place to travel?

I have lots of places that I still want to get to, particularly across Canada. I feel that I need to get to know my adopted home a lot better than I do right now. Alberta has so much to offer.

What are your favourite pastimes?

I love cooking. I also enjoy reading about travel and spending time outside in Edmonton’s fantastic river valley.

Looking back, what advice would you give to your younger self about working as a researcher?

Always keep the long view in mind – and keep going! There is no easy answer right now. We have a lot to learn, but every new piece of knowledge takes us further down the road. 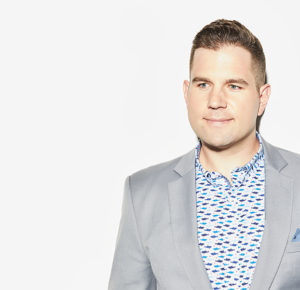 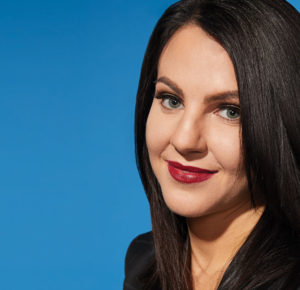