Judy Wiebe credits the Alberta Lung Cancer Screening Program with saving her life. In her day-to-day routine the 78-year-old great-grandmother is active and healthy, and she’s employed part time as the accounts payable and receivable clerk for the Village of Longview, her hometown.

But Wiebe smoked for over 50 years, and she is well aware of the toll it must have taken on her body. “When I smoked it was very socially acceptable, and it seemed like everybody was doing it,” she recalls. “But you just can’t abuse your body like that without having it impact your health.” In August 2015, she saw a notice that the Alberta Lung Cancer Screening Program was looking for research participants, and she felt it might be a fit for her. “I thought it looked like a good program and maybe I could contribute,” she says. “I filled in the application and submitted it for review.”

Things progressed quite quickly after that: Wiebe was informed she qualified for the program shortly after applying, and travelled to Calgary for her first CT scan. “I understood that I would have one each year as part of the screening program,” she explains. “Then I got a letter and a phone call indicating that they’d found something irregular, so I went back in for another CT scan, as well as a PET scan and a breathing test.” A month later, Wiebe learned she had a small, 16-millimetre lesion – or lung cancer – in the centre lobe of one of her lungs. By October 27, she was having
surgery to remove it.

“It’s great to find cancer early through screening, but it’s better if people don’t get it at all,” says Tremblay.

Wiebe was among the early participants and the first to be diagnosed with lung cancer in the study, which is supported by the Alberta Cancer Foundation. Organizers of the multi-year screening program began the recruiting phase of the project in June 2015, with the goal of enrolling 800 people over a two-year period. Dr. Alain Tremblay, principal investigator for the screening project and professor of medicine in the Division of Respiratory Medicine in the Cumming School of Medicine at the University of Calgary, notes the program targets previous or current smokers who meet a range of criteria. “For certain types of cancers, like colon or breast cancers, age is a major determining factor for screening,” he says. “In lung cancer screening, it’s important to focus on the most at-risk population, and smoking is a big factor in a person’s risk.”

The screening team uses a multi-faceted approach to further determine a person’s risk. As basic entry criteria, potential participants must be between 55 and 80 years old. People who are interested in participating are required to complete a questionnaire, which the researchers use in a prediction model to determine a person’s risk of developing lung cancer over the next six years. “We expect about one-third of the people who apply will qualify for the program, based on their meeting the entry criteria and their level of risk,” Tremblay says.

Those who qualify will have three yearly CT scans to screen for lung cancer or other abnormalities. The scans will be conducted either in Calgary, where Tremblay is the study lead, in Edmonton, where Dr. Eric Bédard is the lead, or Fort McMurray. The overall team is much larger, however, with 25 to 30 investigators and clinicians working on the project spread out across the country. “When we first designed this five-year project, one of our goals was to establish a provincial pilot program for screening,” Tremblay says. “It’s important for us to design the processes and to establish what might be required for a large screening program. Currently, there isn’t funding for provincial screening, but it is on the radar for Alberta Health Services.”

Another aspect of the Alberta Lung Cancer Screening Program is a smoking cessation component. “It’s great to find cancer early through screening, but it’s better if people don’t get it at all,” Tremblay says. “We’ve partnered with Alberta Quits to provide counselling opportunities to help people quit smoking.” Half of the research participants – determined by a randomized system – will receive seven sessions of telephone counselling to help them quit. Follow-up calls will be made at specific time increments to see if the individuals have been successful. “Right now, we haven’t analyzed any data, as we’re just starting the third year of the program and our participant numbers are going to increase dramatically in 2016,” Tremblay says.

Another related study, the Screening of Alberta Asbestos Exposed Workers for Lung Cancer and Mesothelioma, also began in January. This study is funded by the Alberta Cancer Foundation and the Western Canada Mesothelioma Foundation, and it will target individuals who worked with asbestos at least 10 years ago. “The process will essentially be the same for this as for the larger study, but in this case we’ll also be screening people for mesothelioma, which is a cancer of the lining of the lung,” Tremblay says.

An important part of the process, whether in the primary lung cancer screening program or the asbestos screening program, is the potential to discover lesions before participants develop symptoms. This was the case for Wiebe – she didn’t have any symptoms because the lung cancer was so small it hadn’t yet impacted her health. “This was far better than what I would have gone through otherwise,” she says. “Lung cancer can really sneak up on a person, and by the time I would have noticed anything was wrong, I expect it would have been too late.”

As it was, her surgery and recovery were manageable things that Wiebe took in stride. “I had options
for surgery because the lesion was small. I chose to have a section of the lung taken out, because the recovery time was shorter.” She was in the Foothills Medical Centre for two days and then headed back to work the following week.

Wiebe’s involvement in the screening program isn’t over, as she’ll have a followup CT scan in April, with more to follow. “I received great care from wonderful people,” she says of her experience. “I highly recommend that smokers and former smokers look into the program.” 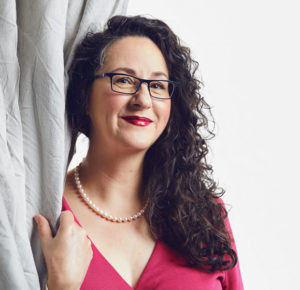