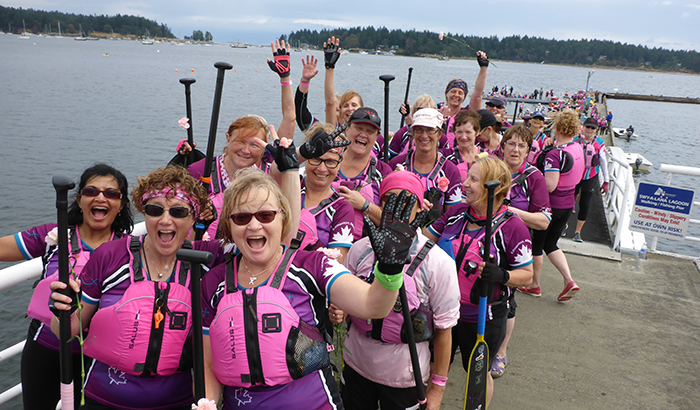 What started as a trial to see the effects of dragon boating on a group of female breast cancer survivors has attracted a wave of interest that’s been going for nearly 20 years strong and now spans the globe.

Gillian Rutherford, a member of Edmonton’s Breast Friends Dragon Boat Team, says her team of 60 members originated when some medical personnel set out to study upper-body exercise on women, post-breast cancer treatment, back in 1998.

“At that time the best advice was if you’d had your lymph nodes removed, don’t carry a purse on that side or do any exercise, and avoid anything that could cause lymphedema (swelling of the arms),” explains Rutherford. “They did this study and chose dragon boating because it’s a repetitive upper body exercise and you can get 22 women in a boat, so it’s a nice group to study.” Dr. Don McKenzie led the research, which culminated in the team members paddling in the Dragon Boat Festival in Vancouver.

Not only did the study results show dragon boating was beneficial to breast cancer survivors, but the women who participated also wanted to continue with their activity, so they formed a team and started spreading the word about the “pink paddling movement,” says Rutherford.

Rutherford joined the team in 2008 after surviving her own breast cancer diagnosis in 2006 – and she hasn’t looked back. In addition to annual races specifically for survivors, sometimes called the “C Cup,” the Breast Friends team also races in regular events during the dragon boat season, from May through September. “Our team’s motto is ‘awareness and hope in a dragon boat’ so what we do is demonstrate that by training together and racing together you can live an active, healthy life after you’ve had a diagnosis of breast cancer,” she says.

As everyone on the team has had breast cancer, there have been sombre moments, too. “Since it was founded in the late 1990s we have lost a boat full of women to breast cancer,” says Rutherford.

Breast Friends trains together from February through September in the pool, gym and on the North Saskatchewan River. The team now counts women of all physical abilities, ranging in age from their 30s to 70s among its recruits, but Rutherford notes that they are looking for new members, and recruit every January. There are also dragon boat teams in Calgary, Lethbridge and Medicine Hat.

For more information about criteria to join, visit breastfriendsedmonton.org and sistershipcalgary.com 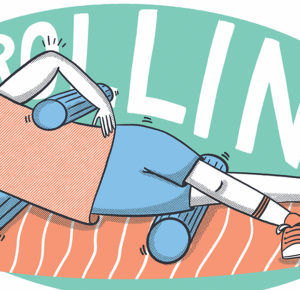