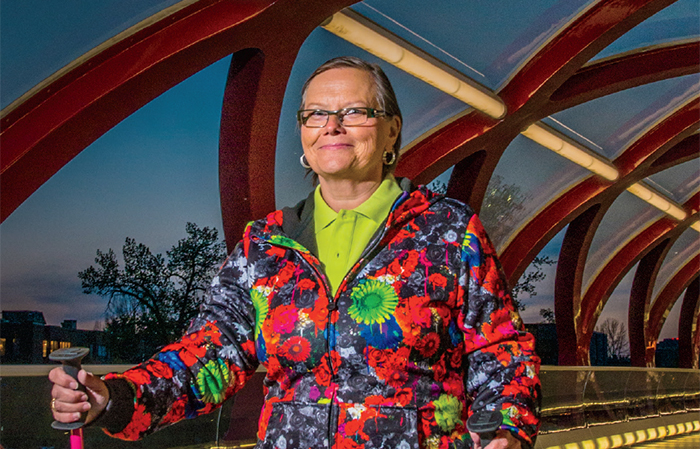 Mary Beth Eckersley (above) and Dr. Nigel Brockton are living proof that cancer can be survived. That’s why the pair was happy to team up with Cancer Control Alberta at Calgary’s Central Public Library branch to become “living books.” The well-attended event, held in September, saw Eckersley and Brockton (as well as 15 others touched by cancer, from researchers to survivors) speak about their journeys and treatment techniques. Attendees could “borrow” a book, talking with the “living books” for 20 minutes at a time.

Brockton and Eckersley, who’ve both been featured in Leap previously, met at a cancer fundraising event a few years ago and have kept in touch ever since.

Brockton, who is a cancer researcher and avid fundraiser for the Alberta Cancer Foundation through his One Aim team and the Enbridge Ride to Conquer Cancer, is a cancer survivor himself. He was diagnosed with Ewing’s sarcoma in his jaw at 18, which prompted him to pursue a career in cancer research.

“A lot of people just wanted to talk about their own experiences and feelings about it,” says Brockton. “It was particularly poignant for me because I was diagnosed in 1989 and 1992 when there was no Internet, there were no layperson books about cancer or access to information, so I actually had to go to the library and read the heavy-duty journals to find that one bit of information. It was a very rare cancer and there’s very little information about it.” He said the event reminded him that things have changed immensely since his cancer. “Nobody even wanted to use the word,” he says. “So I think the fact that here we are 26 years later just being able to talk about it is progress in itself. And people are sharing that information with complete strangers.”

Eckersley agrees. “It was a great way to lessen their fears and increase their knowledge,” she says.

Eckersley has twice been diagnosed with cancer and blogs about it, as well as working as a volunteer aqua-fit instructor for cancer patients. 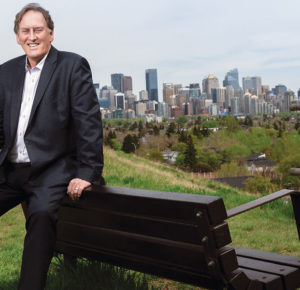 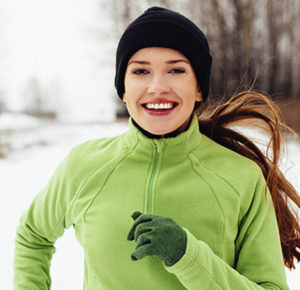 Ask the Expert: The More You Know