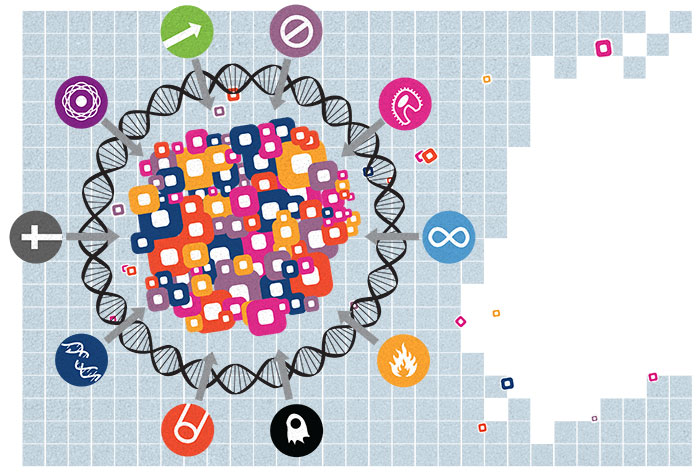 It’s Mana Alshehri’s personal connection to cancer that initially led him to research the disease. Like many other scientists around the world, Alshehri is attempting to eradicate cancer while improving treatment options for those afflicted by the disease. Alshehri is a PhD student in Dr. Stephen Robbins’ lab at the University of Calgary, studying glioblastoma multiform (GBM): “the most common and aggressive malignant primary brain tumour in adults,” he says.

In the beginning of Alshehri’s cancer studies, Robbins introduced him to a paper called The Hallmarks of Cancer. The highly regarded scientiﬁc journal Cell published this paper, written by researchers Douglas Hanahan and Robert Weinberg, in January 2000, and then a followup article in 2011 – Hallmarks of Cancer: The Next Generation. The first article helped reduce the complexity of cancer by determining six traits (or hallmarks) that all cancers share. The second version added four more.

Alshehri says the papers break down the molecular processes that happen in a normal cell to transform it into a cancer cell. It also explains other traits that cancer cells develop, like maintaining continuous growth, avoiding immune response, resisting treatment and spreading into different organs.

In Robbins’ lab, Alshehri is part of a team currently studying how cells move and invade tissues of the body, which ties into two of the hallmarks noted in the articles: “sustaining proliferative signalling” (rapid cell reproduction) and “activating invasion and metastasis” (spreading into other organs).

While Robbins has his own lab at the University of Calgary, where Alshehri studies, he is also an associate professor at the University of Calgary and the Canadian scientiﬁc director at the Institute of Cancer Research – meaning he oversees all cancer research that is funded nationally. Robbins says the research he sees today is less about proving or disproving the Hallmarks papers, and more about determining the most important hallmarks in each cancer.

“Where the model [becomes] a little simplistic is the way The Hallmarks of Cancer is visualized on a wheel, and each of the hallmarks is considered an equal percentage of the wheel,” Robbins says. He feels each cancer should have a different wheel, where the weighing of hallmarks differs for each type of cancer.

Both types of cancers have all the same hallmarks, but there are more successful drugs and treatments for breast cancer, suggesting scientists have ﬁgured out the priority of each of the 10 hallmarks for breast cancer better than they have for pancreatic cancer.

The Hallmarks of Cancer still has relevance in today’s research, says Robbins. And while he continues to direct his grad students to review both papers, the Hallmarks are a starting point to help students get a grasp on what cancer is and how to differentiate cancerous cells from regular cells. 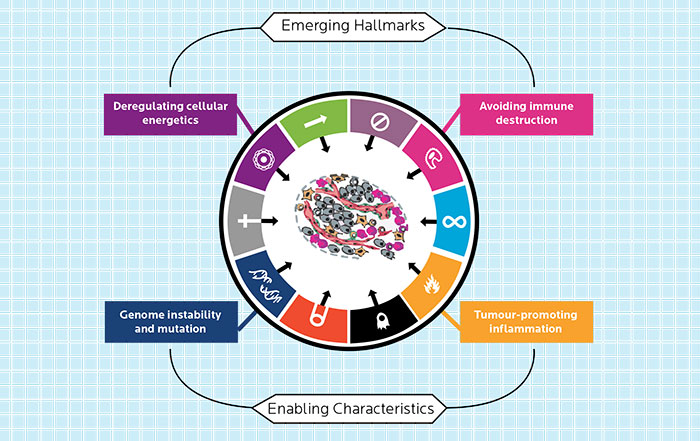 “[Hanahan and Weinberg] synthesized the literature into this article in a very special way,” he says. “I’ve never heard any of the young minds say that they thought it was a bunch of baloney and they didn’t understand it.” With their newfound knowledge and understanding, Robbins asks students to ﬁnd newer articles that support or refute the hallmark traits.

“[Hanahan and Weinberg] synthesized the literature into this article in a very special way. I’ve never heard any of the young minds say that they thought it was a bunch of baloney and they didn’t understand it,” says Dr. Stephen Robbins.

Alshehri notes that understanding the hallmarks also helps explain why there are drugs that work really well in the lab but don’t have a signiﬁcant clinical impact on patients that the researchers expected. “Targeting only one hallmark of cancer might activate the others,” he says. For example, some studies show that when targeting the recruitment and the growth of new blood vessels in a tumour (hallmark #5), this can actually lead to the spread of cancer cells into surrounding tissue because the cancer cells then search for a new energy supply (hallmark #6). Targeting a few specific hallmarks, rather than just one, with combination drug therapy is something Robbins and Alshehri believe will be more prevalent in near-future clinical trials.

There’s also room for the Hallmarks of Cancer to influence intervention and prevention.

Dr. Darren Brenner, a research scientist in the Department of Cancer Epidemiology and Prevention Research for Cancer Control Alberta and Alberta Health Services in Calgary, says the hallmarks have relevance in his epidemiology work. Epidemiology studies the patterns, causes and effects of health and cancer conditions for Albertans. Speciﬁcally, Brenner studies the development of several cancers – lung, breast and colon – and the connection with chronic inﬂammation in the body due to lack of exercise. But he also studies the cancer prevention potential that lifestyle choices (like alcohol intake, diet and surrounding environment) can make for people.

“Several of the lifestyle factors that we research, like physical inactivity and excess body fat, are related to chronic inﬂammation, which can contribute to many hallmark capabilities in various ways,” he says. “As Hanahan and Weinberg point out, some molecular epidemiology studies are showing that inﬂammation is evident at the earliest stages of cancer progression, which suggests the potential for intervention and cancer prevention.”

Research is much more collaborative now than when the ﬁrst Hallmark papers came out, Robbins adds. That’s mainly due to cost: not every lab can afford to have the scientists study everything they want to, but by sharing knowledge with other labs around the world, each can build on where the others left off or were stumped.

“Genomic sequencing [determining the complete DNA sequence of all genetic material within a living being] became so affordable to do that whole genomes for many cancers were sequenced,” Robbins says, “and the technologies allowed us to go forward and really understand the basic principles of those cancer cells.”

There are no restrictions to the ﬁndings in his lab, Robbins adds. Other researchers are given “open access” to his lab’s results, and collaborative efforts are increasingly becoming the global norm. This trend complements the work already done by Hanahan and Weinberg in The Hallmarks of Cancer. Yes, there are Hallmarks non-believers, and there is scientiﬁc criticism – mainly that the ﬁrst ﬁve hallmarks are common in all tumours (benign or malignant), and only in the sixth trait does it introduce metastasis and tissue invasion, something benign tumours do not do.

Robbins says that it took about 30 years for Hanahan and Weinberg to gather and compile all of their research to create the ﬁrst Hallmarks of Cancer article. It’s ironic, he says, as researchers first thought it would just be a simple genetic defect that led to cancer.

Now, the Hallmarks articles continue to stimulate conversation and study, helping change the daunting statistic that two-in-ﬁve Canadians will get cancer. Robbins says current research tends to take a more holistic approach, and looks at the bigger picture of cancer, which is important as the disease has obviously proven to be much more complicated than ever imagined. 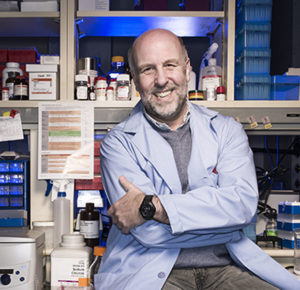 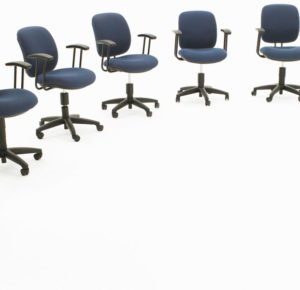 Sitting is the New Smoking