Adam Sorenson’s back-to-school eye exam changed his life forever. When the active, athletic 13-year-old went for the exam back in 2013, he and his family thought they were simply checking another thing off of the list before he started the eighth grade. Instead, Adam’s life was saved.
“My wife gets all the credit in the world for this, because she took the kids in for a routine exam, and that’s when the optometrist noticed swelling on Adam’s optic nerve,” says Brad Sorenson, Adam’s father. “When we got the results of the MRI back, we learned that there was a baseball-sized tumour on his brain, and he had surgery to remove it right away.”

The next couple of weeks were a blur for the family, as testing on Adam’s tumour determined it was grade four glioblastoma, the most aggressive type of brain tumour. He had a second surgery to remove additional tissue two weeks after his first. “As part of the process, we signed consent forms for Adam’s tumour to be donated for biobanking,” Sorenson says. “The tumour from the first operation was the largest, so a portion of that tumour went into a biobank.”

Adam is one of many Albertans who have donated samples for research. These samples, representing over 40 different types of cancer, are used for research purposes in our province and around the world. “It makes me happy to know that I can contribute to cancer research,” Adam says. “My tumour is one piece that’s helping scientists find out what can defeat cancer, and that’s really important.”

The largest biobank in the province is the Alberta Cancer Research Biobank (ACRB), supported by the Alberta Cancer Foundation. When it comes to supporting cancer research, “The ACRB collects, stores and documents samples,” says Kathryn Graham, manager at ACRB. “Patients give permission for this through a process of informed consent.” The types of samples stored may be solid tissue samples that are not required for patient diagnosis and treatment, like Adam’s type of tumour placed in the biobank, or they may be blood fractions, which include serum, plasma and white blood cells. Proper storage of samples is essential and, depending on the type, tissues may either be placed in liquid nitrogen and frozen, or placed in a solution for preservation.

“Researchers apply to the ACRB for access to the samples, providing their research plans are approved by an ethics board,” Graham says. “Investigators from Alberta, Canada and around the world use these samples to conduct research in their own laboratories.” The type of research being conducted is extremely broad, and Graham notes that, “Biobanking supports research across the continuum of cancer care, from prevention and earlier detection to treatment and outcome. Making these important samples readily available to local and distant cancer researchers facilitates progress in cancer research.”

The fact that investigators now work with tissue samples speaks to the tremendous advances in cancer research in recent decades. Tissues are created by many cells grouped together, which means they’re more complex than a single cell. It also means that studying tissues helps researchers learn more about the extremely complicated workings of cancer in the human body. This is one component of translational research, which Graham indicates is an important part of the research environment in Canada. “Translational research involves taking a basic scientific observation and moving it to a clinical application,” she says. “There is a large spectrum to the work in this area, as it may cover all aspects from initial observations to patient care.”

One investigator who understands the power of clinical samples is Dr. Corinne Doll, radiation oncologist at the Tom Baker Cancer Centre and associate professor at the University of Calgary. She is currently leading a research project encompassing this type of multidisciplinary team. The project, which has been ongoing since 2013, aims to determine why certain cancer cells and tumours are resistant to cancer treatment. “My research team is investigating mechanisms of chemotherapy and radiation resistance in two different tumour sites: cervical cancers and anal cancers,” Doll says. Both tumour types are associated with high-risk human papillomavirus (HPV) infections. Additionally, both types of cancers are treated with high-dose radiation therapy and chemotherapy for locally advanced disease. “This treatment is curative in many patients, but we do not know why some patients either do not have a complete response or have relapses of cancer,” she explains.

To help answer this question, Doll works with a diverse team including clinicians, translational researchers, basic scientists, pathologists, post-doctoral fellows and masters students. The team is using archived tissue samples of the tumours and an even smaller unit of biological research called cell lines to conduct their studies. They are looking to characterize tumours through genetic and protein testing, and evaluate cancer cell sensitivity to radiation, chemotherapy and novel drugs. “Even though this type of research starts in a dish, patients are still at the core of what we’re doing,” Doll says. “When you consider the impacts, we’re hoping to get a better understanding of resistance to treatments, which will improve patient outcomes.”

When Doll and her team use cancer cell lines as part of their research, they’re incorporating a vital element of cancer research that has been developed and refined over the last several decades. The first cell lines “were discovered over 50 years ago, and there has been a staggering advancement in research because of these cells,” she says. In Doll’s current research project, “We’ve worked in collaboration with Dr you can look here. Susan Lees-Miller at the University of Calgary, and we have been able to actually alter these cervical cancer cell lines,” she says. “This has allowed us to determine their sensitivity to cancer therapies based on their expression of specific genes and proteins.”

Certain cancer cell lines are important in research terms because they are considered immortal. The vast majority of cells will grow and divide less than 10 times before they die, but cell lines can keep growing and dividing without limits, as long as they have space and nutrients. “An investigator may try for a couple of years to establish a successful cell line,” Graham says. “There are now thousands of cell lines that have been derived from many types of cancer and non-malignant cells. Given the work it takes to get a single cell line, this speaks to the importance of these cells in research.”

Since cell lines can be grown in large quantities, they can also be provided to researchers around the globe, which means countless people undertaking countless projects that can advance scientific knowledge in everything from cellular biology to cancer research. The first cell line was developed from cervical cancer tissue taken from a woman named Henrietta Lacks in 1951. This cell line, called HeLa cells, has been mass produced and used in research for decades. “Although cell lines such as HeLa have been a staple in the toolbox of researchers, there are limitations to these long-established lines,” Graham says. “New methods allow the development of lines that better reflect the original tissue.”

And that’s not the only change since the time of Henrietta Lacks: when it comes to research, samples from patients can only be used with full consent. “Patients have the right to determine if their biological samples can be used for research,” Graham says, “and they also have the right to have their identity protected.” Laws protecting patient privacy and standards of informed consent are strictly followed, and various ethical bodies govern research in Canada, with the Health Research Ethics Board of Alberta being the primary governing body for cancer research.

With investigators looking into the vast scope of cancer research in so many ways, from cell lines to tissue samples to patient care, access to samples is critical – as is funding to complete the research. “Our work has been possible thanks to funding from the Alberta Cancer Foundation and Alberta Innovates Health Solutions,” says Doll. “Without that support, we simply wouldn’t have gone this far with the research and achieved our goals.”

As the parent of a cancer survivor, Brad Sorenson also places tremendous importance on funding research through the Alberta Cancer Foundation and the impact that donors have on programs. From his family’s perspective, biobanking Adam’s tumour will assist with long-term research, and it also helped Adam directly, which Sorenson notes is probably quite unique.

“When we were considering treatment options for him, we looked into a clinical trial and additional genetic testing was done on his biobanked tumour to see if Adam could enter the trial,” he says. Chemotherapy was an option they had been considering but, through the additional testing on his tumour, they learned that Adam was absent an important gene that was crucial in chemotherapy treatment. “Based on these tests, we really felt chemo would hurt our son and not help him, so we started looking for plan B.”

Through extensive research and connections with specialists, the family decided to proceed with a combination of radiation treatments, a ketogenic diet and hyperbaric oxygen therapy for Adam. Now, they’re two years past his initial diagnosis, and the healthy 15-year-old has had his sixth all-clear MRI. “What we learned through the testing on his tumour had a major impact on our decision, and it directed the course of his care,” says Sorenson. “I believe my son is alive because of this, and it wouldn’t have been possible without a biobank.” 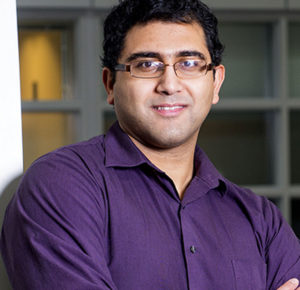