Aerial acrobatics, a wine tasting and weekend vacation prizes: these are the elements that Ralph Hutchinson recently summoned to help raise $150,000 for a new PET-MR scanner for the Cross Cancer Institute.

“When I became a success in business, I thought it made even more sense to help other people – and with something as devastating as cancer, any effort to improve lives is worthwhile,” says Ralph Hutchinson.

Those who don’t know Hutchinson may assume he’s a professional event organizer. But, as CEO of Daytona Homes and Hutchinson Acquisitions Corp., he has spent the past 20 years becoming one of Alberta and Saskatchewan’s largest family-owned home-builders. So how did a business leader get involved in his first-ever Alberta Cancer Foundation fundraiser, and how did he manage to make the September 11, 2015, event so spectacular?

It began a year ago, when he read a magazine story about a “suitcase party” that had taken place in the United States. “It seemed like a wonderful idea, and it stuck with my wife, Janet, and me,” he says. “I chatted about it with my kids, who run Daytona and Hutchinson Acquisitions, and they agreed it was something we could stage.” A suitcase party is a fundraiser in which donors come with a fully-packed suitcase in the hopes of winning a prize vacation that begins immediately after the event.

Hutchinson knew what cause to support: he had friends undergoing treatment at the Cross Cancer Institute and was aware of the clinic’s effort to obtain a PET-MR scanner. The scanner’s soft tissue imaging has been called a game changer in the fight against cancer because it enables clinicians to detect early cellular changes before any anatomical changes can be observed.

“The scanner increases our understanding of how cancer works,” he says. “That, plus the fact that the Cross would be the first institute in Western Canada to get one, inspired our Daytona and Hutchinson staff as well as our friends and business associates.”

To hear the CEO tell it, he merely recruited volunteers, booked a hangar at Villeneuve Airport, enlisted his friend Bill Carter of Bill Carter Aerobatics to provide a stunt-filled air show and organized plenty of good food and drink.

That he downplays the time and effort it took to stage the event is understandable when one learns about his childhood. “My parents viewed fundraising and other charitable acts as merely a normal part of being a good neighbour,” he says. “They weren’t wealthy by any means, but they contributed to a richness of spirit that made our community vibrant.

“When I became a success in business, I thought it made even more sense to help other people – and with something as devastating as cancer, any effort to improve lives is worthwhile,” he says.

In addition to Carter’s spectacular aerial display, Ricco Ferry, owner of Allegro West End, provided an outstanding Italian menu, and Gurvinder Bhatia, owner of Vinomania, took guests through a tour of Italian wines that paired with the menu.

“We had about 80 people in that hangar, and it was tremendous fun,” says Hutchinson. Three couples won the draw to enjoy a weekend of great food, golf and yachting in Sidney, B.C., and were flown there by private jet.

Although funding is still needed for the PET-MR scanner, Hutchinson has demonstrated that the simple spirit of community involvement – and good business connections – can result in the procurement of groundbreaking technology.

And as far as he’s concerned, suitcase parties could be the ideal way to raise money. “The most memorable part of the event for me came toward the end, when a colleague walked over and said, `This is the most fun I’ve ever had giving away money,’” he says. “I agree with him: in so many ways, it was money well spent.” 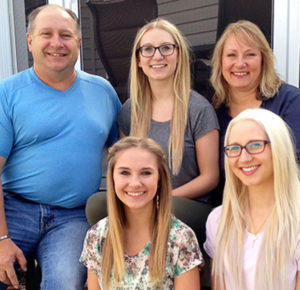