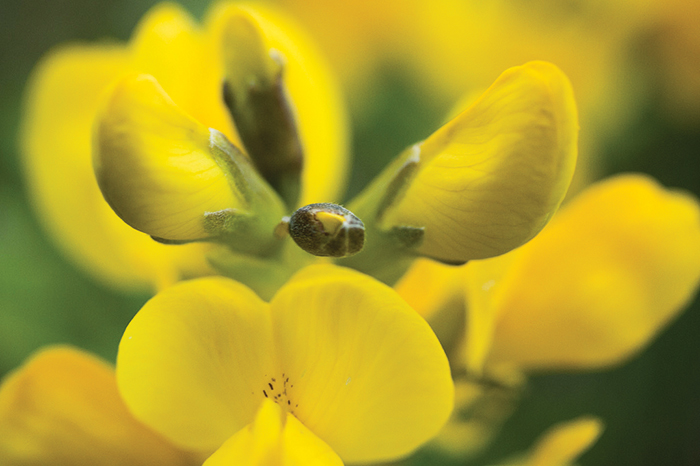 Turns out being full of beans can improve your chances against contracting cancer.

Led by biology professor Dr. Roy Goldsteyn, researchers at the University of Lethbridge have discovered that the extracts of the buffalo bean (Thermopsis rhombifolia) have anti-cancer properties.

Goldsteyn’s team is working with French pharmaceutical company, Pierre Fabre Laboratories, in the hopes of identifying the chemical compound that enables the bean’s cancer-fighting abilities. To that end, Goldsteyn recently harvested 10 kilograms of buffalo bean plants on the U of L’s property which are being overseen by biology professor and herbarium director Dr. John Bain. After harvesting the plants, they will be sent to the French lab for analysis. Subsequently, after purifying the buffalo bean’s compounds, the French lab will send the compounds back to Goldsteyn’s lab for more testing.

Ideally situated in southern Alberta, Goldsteyn’s lab, in conjunction with University of British Columbia researchers, is also looking at a flower in the sunflower family for its possible cancer-fighting properties.

It’s known that animals will not eat the flower, and previous research has shown toxicity to cancer cells.