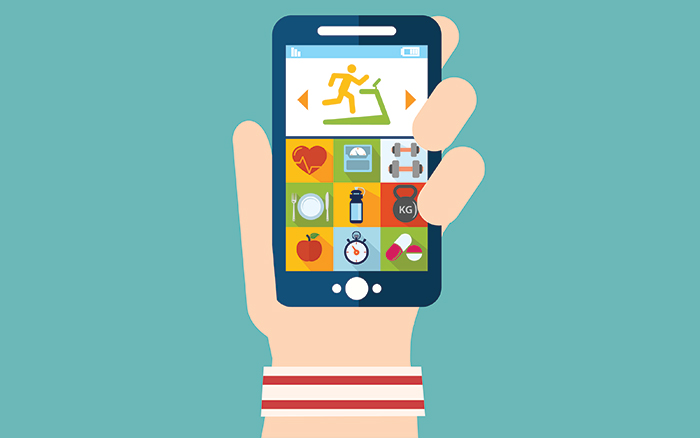 Nowadays, you can track your every move – from the moment you wake up and even while you’re sleeping. Countless fitness trackers and apps offer an opportunity to monitor your sleep, steps, caloric intake and even health problems. Most people are familiar with the Fitbit, that sleek band seen around the wrists of everyone from your best friend to your neighbour to the girl at the gym. Yet that’s just one of an overwhelming array of fitness devices and apps on the market.

Do these devices help or hinder the person using them? Does this data provide us with real answers or does it take us away from the simplicity of eating, sleeping and exercising well? Dr. Lisa Belanger, a health advocate who runs fitness retreats in Canmore, believes the devices are hugely beneficial – providing motivation, excellent information and visual reminders – when used correctly. The problem is that the dizzying amount of information available can cause people to give up too easily. “It’s the New Year’s resolution thing where you’re like: ‘I’m going to change everything in my life.’ And then the next day, you’re back to exactly what you were doing before,” she says. “You have to have obtainable wants and things that you are going to conquer.”

“It’s the New Year’s resolution thing where you’re like: ‘I’m going to change everything in my life.’ And then the next day, you’re back to exactly what you were doing before,” says Dr. Lisa Belanger.

Most of the tracking devices created by companies Fitbit, Garmin, Misfit, Jawbone, Polar and Suunto track metrics like hours slept, caloric intake and number of steps taken. Instead of focusing on all of these metrics, Belanger suggests starting with just one habit you’d like to revise, and then choosing the device that can help you best monitor that. The idea is that movement, nutrition and sleep are all interrelated – and improving one should positively benefit the other. So if you start improving your sleep, that could increase your energy, allowing you to move more during the day. That, in turn, could improve your food intake by helping your body crave healthier foods. You can use one of the tracking devices and just pick the data you want to focus on.

Add to that sport technologies like individual heart rate monitors and bike sensors that can talk to your tracker. Many of these gadgets are very effective in improving lifestyle, according to personal trainer and co-owner of Blitz Conditioning, Chris Tse. He uses a Garmin device to track his running distances and then he’ll upload the information to the Nike+ running app. For him, the social aspect of trackers and apps can also motivate a lot of people, as their own behaviours can be compared to those of their friends.

For example, the Strava app connects runners and cyclists with others in their area – so you can see how long someone took to run a certain segment of the river valley, and compare your own time. For a lot of people, that can help keep them accountable, says Tse. Once you get into the habit of using a device to monitor one aspect of your health, Belanger says, you can start looking at the finer details – for those who would like to lose weight or manage a medical condition, several apps can help track diet, and those metrics can be taken to a nutritionist or dietician who can suggest appropriate changes.

Both Tse and Belanger recommend MyFitnessPal, which allows users to input the precise details of each meal into the app, thus giving you a breakdown of how many calories are left for the day, along with listing the amount of carbs, fat, protein, sodium and sugar you’ve eaten. You can also log the exercise you’ve completed over the course of a day, which will impact the calories you consume.

Belanger suggests starting off by using a new fitness app for a week. That’s enough time for the information to be useful without the risk of becoming overwhelmed by the need to constantly input large amounts of data. Tse warns that tracking every minute detail of your food and exercise can actually be harmful for some: “It can be problematic for those who become hyper-sensitive or hyper-aware, especially when it hinders their day to day activity because they’re so focused on it,” he says. MyFitnessPal even recognized the potential for its misuse – in the past, individuals with eating disorders were using the app to ensure their caloric intake was at a dangerous minimum. It’s since been altered so that unhealthy weight loss goals can’t be added.

But if people use these apps for a short time, in conjunction with advice from a health professional, Tse believes the benefits are huge. Kelsey Holmes, who works in sales of running and active wear at Edmonton’s United Cycle, agrees. She’s tried several different tracking devices and apps and this year and settled on a multi-function Garmin watch along with several apps. “It’s really easy to look back on your week and see how many workouts you got in. It will give you a weekly and monthly total. And it gives you your average pace,” she says.

Having visual cues is what really helps motivate people, explains Belanger. For those of us who work at a desk and are sedentary during the day, many apps helpfully act to remind us to move. Some even include a visual clue in the form of a flower that wilts when it’s been too long without movement. Other times, some devices will show graphs, clearly displaying the number of calories versus exercise.

As well, many apps have reward systems in place. “So, it’ll be like: ‘You’ve walked as long as the London Tube,’ or something. It’s an electronic high-five, which is very powerful,” says Belanger.

While the technology is impressive, Belanger says she’s still a believer in simplicity when it comes to health statistics. One of her first experiences with tracking steps was using a simple pedometer while working at a summer camp during university – not only did she use the tracker, but the campers did, too. “We had kids fighting over who would pick up their toys. They’d be like: ‘I’ll get it. No, I’ll get it.’ They all wanted the steps,” she says, proving that even the simplest of devices can provide a world of motivation. 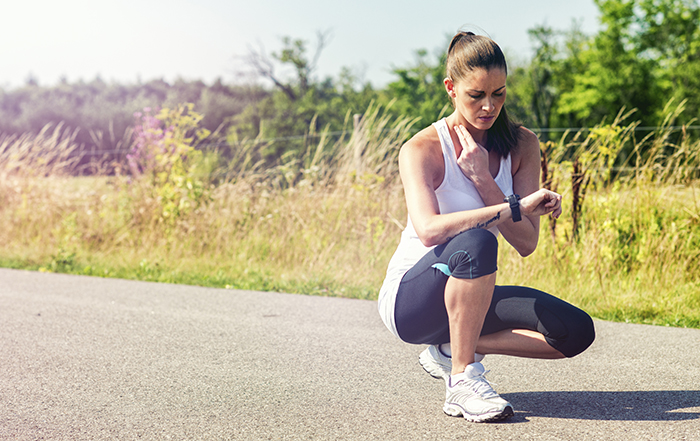 4iiii: Located just outside of Calgary, 4iiii Innovations has developed a number of interesting sports technologies that can help you track your fitness routine. These products include heart rate monitors, a cycling speed sensor and even a device that attaches to sunglasses, delivering performance feedback right in your sightline so you’re not distracted while exercising.

Misfit Shine: This activity watch is both fashionable and highly functional. Its beauty lies in the fact that it can be used for running, walking, cycling and swimming. Paired with the Misfit App, it translates your data including steps, calorie intake and distance travelled into easy-to-understand charts.

Striiv Play: It’s a pedometer that connects to your iPhone and can be used with the Striiv iPhone app. The app provides you with challenges throughout the day and you can compare your achievements with those of your friends, increasing motivation.

MapMyRun: This app draws up a new way to track your fitness details, including distance, speed, pace, calories burned and the route travelled. Using the GPS system in your mobile device, it maps out your route, or you can upload your workout information to the app.

FitStar: It’s a fitness app that demonstrates many different types of workouts that are customized to your own physical ability go to website. You are able to rate workouts, and the app adjusts according to your workout capacity.

A Brief Guide to Obstacle Course Racing for a Cause