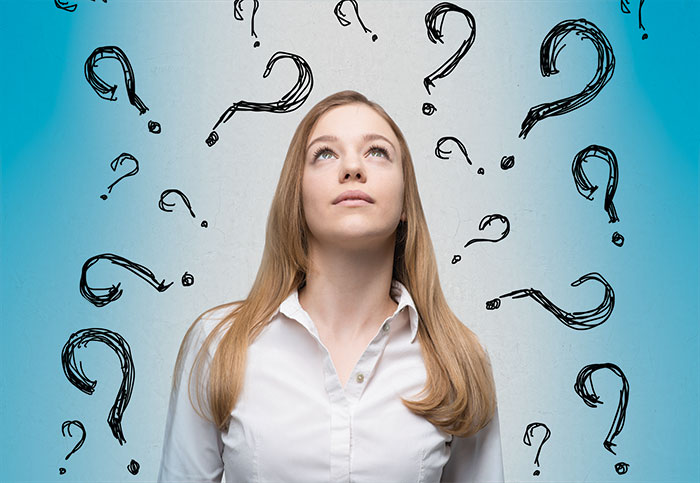 The answer to cancer?

It happens every day: cancer patients searching for answers online stumble across several websites promoting a previously unknown treatment for cancer. The patients get excited and bring the treatment to their doctor’s attention, only to have their hopes dashed when they find out the so-called miracle cure hasn’t been scientifically proven.

“The Internet is a big advance for cancer patients. If they have a bit of direction, they can obtain world-class information that is helpful for the patient and the treating physician,” says Dr. John Mackey.

Dr. John Mackey, director of the Clinical Trial Unit at the Cross Cancer Institute and professor of oncology at the University of Alberta, knows all too well what can happen when patients get overly enthusiastic about incomplete information on cancer treatments. He and his team recently published a paper about the chemical DCA, and how clinical trial work must be done before how it works in cancer patients can be understood.

For decades, DCA has been used in patients with mitochondrial disease, which means they are born with a problem in the way they generate energy in their cells. DCA has been found to be helpful in children with this condition, but another U of A scientist has discovered that DCA also has some anti-cancer effects when tested in a laboratory. “At that time, at the U of A and the Cross Cancer Institute, clinical trials of DCA were studied in patients with incurable cancer. These were early stage trials to determine how safe this drug was. But they did not compare DCA to standard treatment,” says Mackey. “It’s too early to say whether DCA will become a cancer drug. Despite the lack of information about how well it works in cancer, many patients turned to the Internet to learn more about DCA and some patients will even purchase DCA online and take it, hoping it will treat their cancers.”

In fact, there are websites singing the praises of DCA with no real information to back it up. Of course, many of those websites are also selling DCA as a treatment for cancer. The chemical, which forms when vinegar and bleach are mixed together, isn’t illegal. But is it
effective in treating cancer? That hasn’t been proven. The small glimmer of potential it presents is enough to get some desperate patients to purchase it online.

“It is difficult to know how much this is happening because it is not a drug sold in a pharmacy. It’s very difficult to know how many patients may be taking DCA and what effects it is having,” says Mackey. “The U of A has completed two clinical trials on DCA and both are published. The studies have shown what an appropriate dose to study further research would be. They’ve given us the proper dose to use in patients with cancer to study in further trial.”

There is unlimited information online about science, cancer and various so-called treatments for disease. There’s also a wealth of reliable, scientifically-backed research about cancer, clinical trials and proven treatments. So how are patients supposed to know the difference between a website with solid information and one selling snake oil?

Patients usually go online for information about their cancer in the time between their diagnosis and first clinic visit, says Mackey. “It’s usually triggered when they are first diagnosed. In that gap period, we often see patients who don’t have all the information at their fingertips turn to the Internet,” he says.

Still, this reaction to a diagnosis isn’t new in the last 20 years. “Before the Internet, there were books and scientific literature,” says Mackey. “At the end of the day, the Internet is a wonderful tool, but a tool that is used for good or for evil. It’s difficult if you’re not an expert in the field to know if it’s a reliable source with good information. There’s good stuff out there and bad stuff out there.”

Now it’s easier than ever for misinformation and myths to spread much faster than the truth. “The Internet allows these things to take flight much more quickly. I think that is a big part of the story,” says Timothy Caulfield, an ethicist, author and professor at the U of A. “The Internet amplifies people’s cognitive biases that we already have. So if you want to find a website about shark cartilage [as a treatment for cancer], you’re going to find it. It can confirm these pre-conceived notions that you have, even if there is no science behind these pre-conceived notions.”

That doesn’t mean that patients shouldn’t consult the Internet for information about their disease. It just means they have to be smart about it. “The Internet is a big advance for cancer patients. If they have a bit of direction, they can obtain world-class information that is helpful for the patient and the treating physician,” says Mackey.

The Internet plays a number of roles in our lives, says Caulfield. It’s human nature to look not only for information, but also a connection online. “There is no doubt that people are turning to the Internet more and more. And they are increasingly using things like social media – Twitter, Facebook – to build community. It’s becoming one of the primary sources of health information,” says Caulfield.

While there’s nothing wrong with searching for a community online, patients looking for health information would do well to be cautious. Websites are also used to market products “and to build hype on particular bits of health information,” says Caulfield.

So is it best for cancer patients to avoid the Internet and its myriad of confusing, conflicting information altogether?

Mackey recommends that patients look for information on the National Cancer Institute’s website. The website describes different cancers for both a layperson and a professional, and the information is written with the patient or patient’s family in mind. It’s updated when there are advances in things like cancer research or palliative care, but only if the information passes the website committee’s approval. “It’s great information, it’s up-to-date and there are world-class people who put a lot of effort into making sure that information is available,” says Mackey. “It freely admits that we don’t cure all cancer patients and that, unfortunately for too many of our patients, we don’t have effective treatments. The website also points people to clinical trials. It’s ideally suited for people who want to know about their cancer and state-of-the-art treatment; it explains types of cancer, grades, treatments, side effects and clinical trials.”

For Albertans, Dr. Mackey recommends another good resource: a website that launched in the fall of 2014. It lists all of the cancer clinical trials currently happening in Alberta, and is intended for patients and researchers.

Caulfield says that the question of whether the Internet hurts more than it helps is a tough one. “I love the fact that there is so much good health information available now. With open access, it’s becoming so you can access really good science information,” says Caulfield. “Globally, I’m glad that these options are available to patients and to the public. And, I think in the long term, it will be a good thing. However, the downsides are significant and they can’t be ignored. But you can think of strategies to mitigate those potential harms.”

The number one strategy Caulfield suggests while researching online is skepticism. “I think a healthy dose of skepticism should always be your starting point; that should be how you engage the Internet, in general,” he says. “You want to look for independent sources of information. Often that is hard to figure out, but, generally speaking, you can think of things like universities, governments, professional organizations, science organizations, those sorts of things.”

Noting if a website is selling a product using only testimonials or health claims that haven’t been backed up by proper science is just one way you can tell that the information on the site is generally no good. “If testimonials are being used to sell a product or to promote something, or to suggest a health strategy, you can, in general, ignore them. Testimonials are not good research,” says Caulfield. The other thing patients should be wary of is websites that claim one particular treatment, be it stem cells, genetics or shark cartilage, will work as a treatment for a host of ailments. “That’s very rare that one intervention – other than exercise – would benefit a whole different range of different kinds of biological things going on,” says Caulfield.

While Mackey is wary of the wild promises the Internet can make to cancer patients, he believes some patients are learning to distinguish between what is real and what is hype. “I’ve been working here for 20 years at the Cross Cancer Institute. Each year, people are relying more and more on the Internet. What I think is reassuring is that people are becoming more Internet savvy,” says Mackey. “My impression is that most patients are smart and are increasingly aware that just because they found it on the Internet, doesn’t make it true. So they are coming to their health-care team to check out whether things make sense or not. I think there is an appropriate level of skepticism as people become more comfortable with the Internet.”

To Catch a Culprit