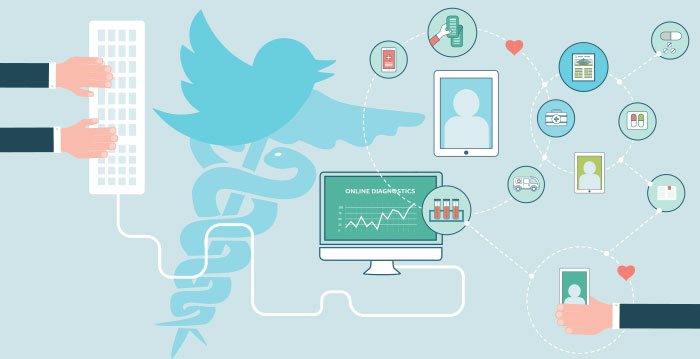 Even if you don’t know social media lingo, you should know a heck of a lot of people are talking about breast cancer online on any given day.

On Monday, March 23, the Breast Cancer Social Media (#BCSM) Twitter chat had three million impressions, 734 tweets and 61 participants. Between 50 and 70 people typically participate in the weekly chats, which have seen a growing, global audience since starting in 2011.

Dr. Deanna Attai, assistant clinical professor of surgery at the University of California, Los Angeles and president of the American Society of Breast Surgeons, is a long-time co-moderator of #BCSM and has seen the growth of this online breast cancer group. “BCSM is intended to provide guidance, education and support for people,” she explains. “We’ve had such a positive response and have witnessed the development of a real community.”

While Attai wasn’t initially involved with the chats, she has brought a medical perspective to the discussions since. “There are times when a physician’s voice is needed,” she says. “When people are discussing topics, we have the chance to correct myths and misperceptions in real time. We stick to the science as much as we can and encourage people to speak to their own doctors if they need specific information.”

In addition to her work with patients and colleagues through #BCSM, Attai also provides presentations and training to help other oncologists incorporate social media into their practices. “Obviously, it’s not going to be for everybody,” she says. “But, there’s a growing number who are seeing the importance of it and are making time to use social media as a way to communicate and collaborate.”

She’s seen incredible global collaboration happen in real time. “I was at a conference in San Francisco and tweets from that event were translated into five or six languages, so people from around the globe were able to learn from the information,” Attai says. “We have an obligation to share knowledge – it shouldn’t just be kept in the confines of a conference room.”

Sharing knowledge and information is also a fundamental goal of the Alberta Prostate Cancer Research Initiative, and this led them to create a website that provides resources for patients, clinicians, scientists, partners and donors. “Our goal is to create a dynamic website that will evolve over time,” says Catalina Vasquez, director of the Alberta Prostate Cancer Research Initiative (APCaRI). “Since we had such a comprehensive vision, we launched the site in two phases: first in 2013 and then the complete site was launched this February.”

So far, it’s been successful, with more than 1,000 people worldwide visiting since the full launch in early 2015. The APCaRI team has also seen an increase in its professional connections since 2013. “We’ve been contacted by scientists from around the world, including China, Germany and the United States,” Vasquez explains. “Now we’re collaborating on research projects with people we wouldn’t have connected with otherwise.”

From a patient perspective, the APCaRI website offers information on studies, trials and testing to links on prostate cancer networks and support groups. “We’ve also begun to develop interactivity through our blog,” says Vasquez. “The site is a starting point, and we want to keep building connections through social media so people can continue to learn about prostate cancer and the great research being done in Alberta, while also connecting with each other.” 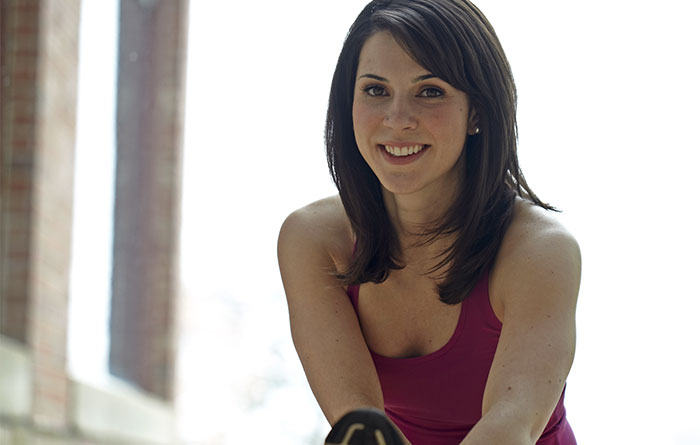 Dr. Lisa Belanger, founder of Knight’s Cabin Cancer Retreat, has also observed the power of social media in helping cancer patients and survivors. As part of her PhD, Belanger connected with young adult cancer survivors and discovered how ideally suited this group is for social media.

“Social media allows access to so many people worldwide, and that’s positive for young adult cancer survivors,” says Belanger. “They have unique questions about things like whether or not they should tell their future partners or employers they’ve had cancer. When you can create relationships and talk about these topics through social media, it becomes empowering to realize that other people are going through the same thing.”

In her role with Knight’s Cabin, Belanger works with people who are, on average, 50 years old. For this group, she’s observed Facebook is a good connecting and motivating tool. “We create private Facebook groups for people who participate in the retreats, and that’s where the interactions happen,” she explains. “When people provide updates and receive positive encouragement from others for their accomplishments, it can be a powerful way to connect.”

Also an exercise physiologist, Belanger uses social media to remind people about the importance of exercise for your overall health – even when you have cancer. “Through social media, people might learn about someone with the same type of cancer who competed in a dragon boat race, for example, and that information might encourage them to become more active,” she explains. “Seeing other people do something makes it more normal and can even encourage us to make a change. It’s so interesting to consider the positive personal changes that can come from an online cancer community.”

Today is a Good Day