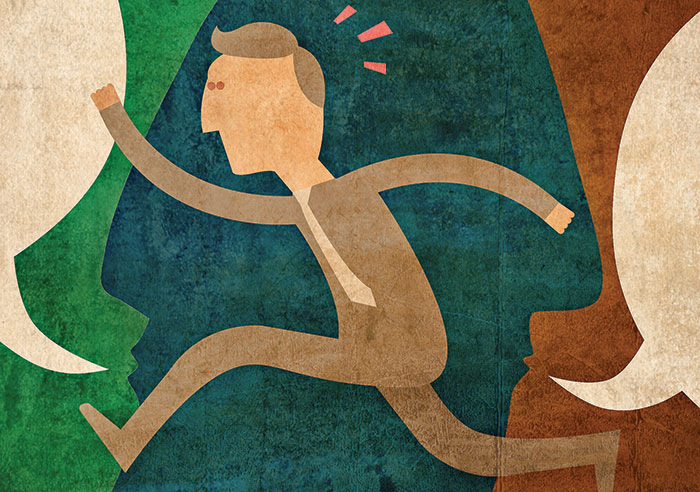 Over the past 40 years, we’ve come a long way in terms of cancer survivorship. But while more Albertans than ever before are surviving cancer, there’s still a long way to go. And one way that we can find improvement is through patient engagement.

Patient engagement aims to give patients more input and say into what works and what doesn’t throughout their diagnosis, treatment and survivorship. It’s a concept that has gained significant ground in the United Kingdom and is only now beginning to take hold in North America.

While cancer survival rates have continued to grow in Canada, and toxicity rates have declined significantly, the side effects of many drugs given to patients can still have a negative effect on a patient’s day.

The term “patient engagement” has often been used to describe the field, but Leah Lechelt, Alberta Cancer Foundation’s director of patient partnerships, says calling them “patient partnerships” is becoming the preferred choice of language nowadays. They’re essentially the same idea: that patients, their families and support networks should be involved in the decision making process when it comes to identifying improvements in cancer care.

If anyone knows the value of this kind of engagement, it’s Derek C. Stewart, an associate director with the Clinical Research Network in England, which works in conjunction with the National Institute for Health Research. Based out of the UK, Stewart is more than just an expert in his field – he’s also a cancer survivor who believes that patients should have more say in the decision making process surrounding research and treatment.

“This is not about patients taking over but about identifying priorities where, through a shared endeavour, we could make a significant difference to help future patients and their caregivers,” says Stewart. “Engaging patients can help inform, shape and influence what is researched – from the questions that are asked to helping make the outcome measures meaningful and relevant. We can ensure that appropriate information about research opportunities is made available to help participants have a good experience and demand that we hear about the results.”

A recent visit to Canada has Stewart optimistic about the ideology taking hold across the pond. Lechelt says her field is a new discipline emerging at “quite a variable pace in Alberta,” and it is no different in cancer care and research where truly listening to the voice of the customer is still a relatively new phenomenon.

“The idea of patients being more involved in deciding [where] our cancer research and investment dollars [go] is the right thing to do for a lot of reasons, but it also has some challenges,” she says. “On the one hand we want to protect research autonomy, yet we also want to build stronger connections between patients and researchers so that we are funding things that are considered a high priority to everybody. So it’s about learning how to increase the circle a little bit.”

While surviving cancer has always been the priority, part of cancer treatment also includes helping patients after their treatment. How can they contend with the hindering side effects of chemotherapy and the long-term effects of having lived with cancer?

“These things don’t register as frequently on our research radar, because we have been so focused on treating cancer,” says Lechelt. “So we are seeing an opportunity to have more involvement in what is important to survivors.”

Cross Cancer Institute oncologist Dr. Michael Sawyer says one of the keys to opening up this communication is having drug companies listen to what patients deem helpful and useful. While cancer survival rates have continued to grow in Canada, and toxicity rates have declined significantly, the side effects of many drugs given to patients (like anemia, appetite changes, constipation, diarrhea, and fatigue and hair loss) can still have a negative effect on a patient’s day.

The Cross uses a 4.0 grading system on toxicity. Zero is basically the absence of side effects and four is life-threatening side effects. “A lot of new drugs range between one and two,” says Sawyer. “That, compared to older drugs, in a way is amazing. But from the patient’s perspective, having side effects every single day levels of one and two levels is not that great. These side effects still have a toll on people’s lives.”

Sawyer uses the example of a patient with thyroid cancer, explaining that while the cancer is in check and he or she generally feels better, he or she still can’t plan the day without knowing where every washroom in the vicinity is located. “I think that drug companies would benefit from developing their drugs if they stepped back and actually listened to what the patients think,” he says. “If the drug companies would design more tolerable regimens, if they stopped and listened to some of the issues that the patients are actually experiencing then they would realize how the patients view them.”

Through patient partnership, that thyroid cancer patient’s experience could soon make the cancer experience – from diagnosis to treatment – better for everyone.