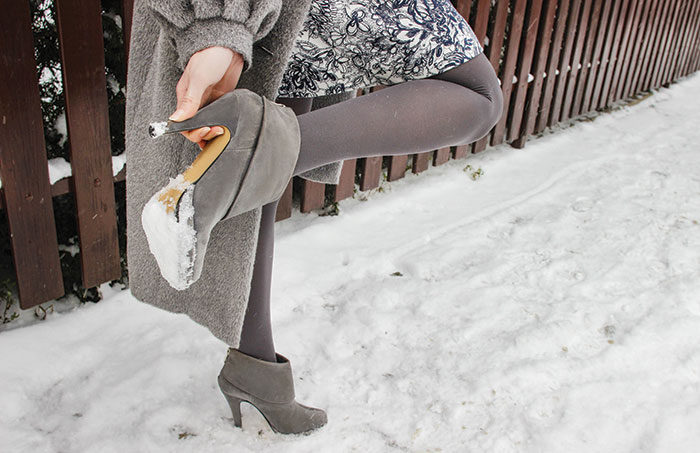 We’ve all heard the age-old saying that there are no such things as accidents. In a bid to see if the adage is true, Leap sat down with an Edmonton ER doctor and a Calgary EMS spokesman to learn about the preventable circumstances that land people in their care, especially during winter and spring months.

“The common sense advice around back health and heavy lifting is just lift with your legs and not your back,” says Dr. Darren Nichols.

A slippery slope: “Most of the injuries we see in and around the home in the winter are slips and falls,” says Dr. Darren Nichols, an emergency room physician at the University of Alberta Hospital and associate professor at the U of A. “Especially if there’s freezing rain, don’t underestimate it. We had 21 people with broken wrists in emergency in the evening two weeks ago when we had freezing rain – and that was just in one hospital.”

Nichols says when the mercury plunges, avoidable slips and falls are most prevalent among an age group old enough to know better: seniors. “If you are older and have the possibility for some thin bones, remember the real basic stuff – like watch for the new skiff of snow on top of the old stuff. We see a lot of people going out to clear their walk, or to salt or sand it, who end up going down.”

Don’t try this at home: Ladders present some of the most dangerous circumstances, especially when using one alone or on a snowy or wet surface. Nichols sees people in the emergency room who’ve been doing maintenance around the house and using ladders incorrectly. “We see people who’ve been on a ladder putting up or taking down the Christmas lights,” he says. “They’re doing it the same way they would in the summer, where they assume that the ground is grippy, and they don’t bother to have someone with them. They assume that the ladder steps are not slippery.” Regardless of the season, he says, “the common sense thing would be to have someone out there with you.”

Stuart Brideaux, public education officer with Calgary EMS, agrees with Nichols. His team sees home maintenance injuries, and he says your house is not worth your health. “There was a snowfall – a man was attempting to push snow off the roof. He sustained high-fall injuries, resulting in fractures and head injuries,” Brideaux says. “It’s not that he was being purposely unsafe, but perhaps he might have planned it better. Property can be expensive to maintain, but when you’re working with your own life and body, the risk becomes severe.”

Nichols advises asking yourself stop-and-check questions, such as “Would I do this on a job site? Does that seem safe? What safety equipment would a contractor use?” He says that it’s not just the rank amateur at risk. “A contractor we saw last week fell off the roof, and I asked him if he had his safety gear on. He said, ‘Well, I was working on my own place. At work I wouldn’t have done that.’”

(Don’t) put your back into it: With snow comes the never-ending need to shovel walks, steps and driveways. Throw in some overnight freezing rain and the injuries mount. While Nichols doesn’t see loads of people in the ER who’ve thrown their backs out shovelling, it does happen. “The common sense advice around back health is to lift with your legs and not your back,” says Nichols. “There’s probably some evidence for ergonomic shovels,” he says, “but the worst thing for the back is the bend and twist. The same is true for lifting the kid out of the back seat, pulling groceries out of the car, or heaving the snow.”

Not-so-fancy footwork: Unless you want the trouble of an ambulance ride, Brideaux suggests dressing for success this winter, starting with proper shoes. “One of the things that people aren’t careful about – and I see this in downtown Calgary – is heels,” Brideaux says. “People in high heels end up falling and breaking an ankle, and the consequences can last weeks or months.” An injury like that can impact your job, your ability to drive and your ability to care for your family, he says. Avoid the problem: wear your winter boots and change into heels once you’re inside. 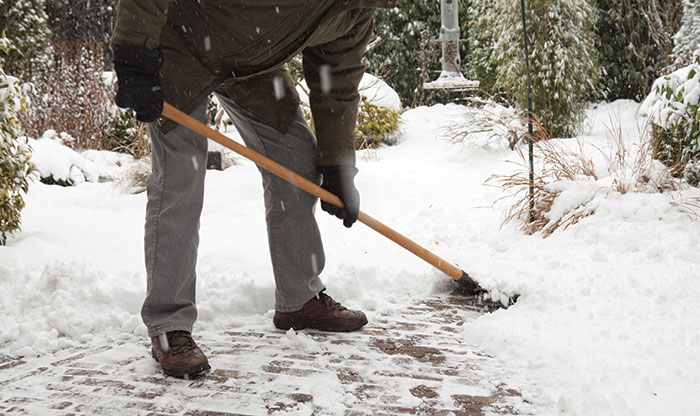 Don’t cut corners: Any time equipment with moving parts is introduced, like snow blowers or lawn mowers, the potential for danger spikes, Brideaux says. It just takes an ill-fated moment to lose a limb or life. “We attended a call where a man got one of his hands caught in the flywheel of a snowmobile, and it almost cost him three fingers on his hand because he was trying to free the hopper without stopping the machine. In that split second, for literally nothing other than clearing snow, this man almost lost three fingers.”

He advises “making safe” the equipment first, before any maintenance or manipulation of parts. “Just stop for a second and decide how badly you need to do that limb-threatening or ending activity.”

Weights and balance: The New Year brings well-intended resolutions to embrace exercise. It’s a great idea, but take it slow, Nichols advises. “Start gently. If you’ve put on weight, or those muscles haven’t been used a lot, and you go put a whole lot of stress against a knee for example – it will hurt.” Instead of launching from being sedentary into a heavy game of squash or a double black diamond run on the ski hill, Nichols advises starting with just a half-hour of easy exercise a day. It will help you build a routine, and you can increase the duration or intensity by increments from there. “The prescription for health is to get moving, and the dose is about 30 minutes a day. Don’t overdo it, but you need to keep active and fit,” he says. “It’s much more dangerous to sit on your butt than it is to be active.”

Crash course in driving: Driving is probably the most dangerous thing you’ll do today. “Injuries and accidents also go way up when the weather changes,” says Brideaux. He advises considering how important a trip is before heading out on winter roads.

Nichols agrees. “If you are unsure about your own driving due to the weather, you might even consider having someone else drive you,” Nichols says. “There are driving services if you are older, like Driving Miss Daisy in Edmonton or others that will get you to your medical appointments. Cabs are expensive, but there are other services available.”

How can I reduce my risk of developing cancer?