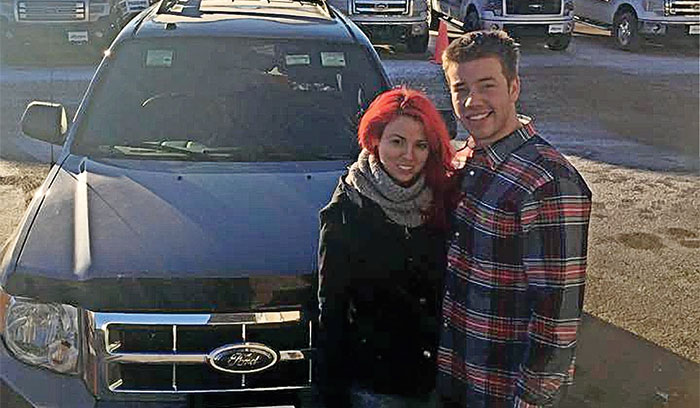 Cody and Eva Borek, a couple from Stettler, bought a brand new car in January and with it, received a free week-long trip to Hawaii. But instead of going, the couple decided to start a competition for the trip, saying they’d like to give it to Alberta’s “most loving person.” They narrowed down the field by starting a Facebook page and asking the public to nominate recipients. By January 16 they had received 15,000 nominations, which they narrowed down to 10 finalists.

In the end, they chose the winner by picking a name out of a hat. But they believe that Madena Reimer, from Athabasca, was truly the right choice. Reimer is a transportation coordinator for Road to Hope, a charity that helps cancer patients in rural Alberta get to their appointments. Reimer is a breast cancer survivor, and recently lost her mother to the disease.

“I’m just overwhelmed with gratitude for Cory and Eva, for putting this light out there,” Reimer told the media on the day of the announcement. “It’s such a dark world … and we need to show people that kindness matters.”

FIELD AND STREAM: A doc sees patients in the clinic and solves puzzles in the lab