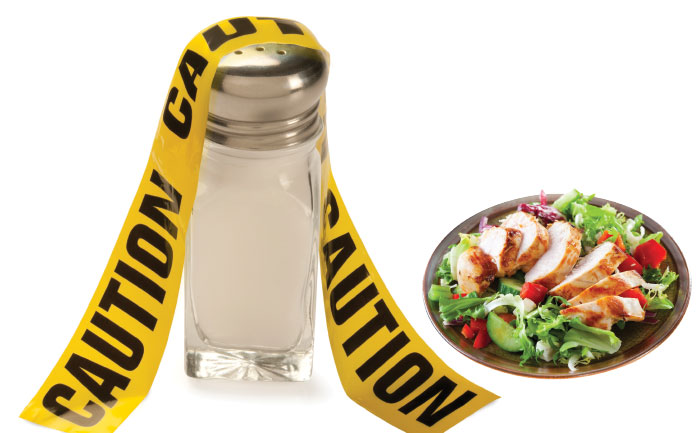 Q: I have heard a lot about the DASH diet. What is it, and is it a healthy way to lose weight?
Karol Sekulic, a registered dietician with Alberta Health Services, breaks down the DASH diet and its ability to take off the pounds: “DASH stands for Dietary Approaches to Stop Hypertension. The DASH diet is a pattern of eating that’s designed to reduce blood pressure,” she explains, adding it is generally used to lower blood pressure, and can also reduce the risk of developing high blood pressure. In addition to being higher in vegetables, fruit, whole grains, low-fat milk products and poultry, the DASH diet requires a reduction in sodium or salt intake.

The DASH diet provides two levels of sodium reduction – to 2,300 milligrams or less than 1,500 milligrams per day, the lower amount providing the greater reduction in blood pressure, Sekulic says. In terms of food choice, she notes that reducing one’s sodium intake requires selecting minimal quantities of processed food, such as deli meats, convenience foods and condiments.

As for weight loss, the DASH diet is considered a healthy approach, says Sekulic. “The DASH is a very healthy eating pattern and it may help with weight management, if it is combined with a lower-calorie pattern of eating,” she says. Like many health experts, she suggests investing in a combination of diet and exercise for the best results. “Exercise is an important part of a healthy lifestyle – and can also help people reduce blood pressure, as well as keeping weight off,” she says. “And a higher intake of vegetables and fruit can help you get more fibre and help with fullness.”

DASH, like any diet, won’t work if you don’t keep up with it, so try to choose one that you feel you can stick to, advises Sekulic. Learn more about maintaining healthy eating habits.

Q: I am a woman in my 30s. How often should I get screened for cervical cancer?
Leap asks Gordon Kliewer, implementation specialist with the Alberta Cervical Cancer Screening Program, for his advice for women of all ages about Pap tests, the HPV virus and cervical cancer screening.

“We really encourage women to start their Pap testing at 21 and we do that all the way to age 69 for various reasons,” Kliewer says, emphasizing that having regular tests is the best form of prevention. “The reliability of a Pap goes up by following through and doing it once every year until reaching three negative results, and then once every three years. The reliability of this test is in sequential testing. A one-time test doesn’t tell us much,” he explains.

HPV immunizations, now offered to both girls and boys in Grades 5 and 9 in Alberta, will lessen the prevalence of the virus, which can cause cervical and other cancers if left untreated. In fact, nearly all cervical cancers are caused by HPV. “We are going to see fewer women infected with HPV (the human papilloma virus) as we continue to immunize,” says Kliewer. “We have higher than 70 per cent of women being immunized in our schools since 2008, so we are anticipating that we’ll see lower and lower rates of HPV.”

But since women’s cervical cells change as they age, most females over the age of 69 won’t mind hearing they don’t need to revisit the Pap annually or even every three years. “The Pap is really designed to look at cells and epithelial (cervical) cells,” says Kliewer. “And for women over 69, that ability is really not that great. You can have false negatives. We would rather you rely on symptomology.”

One myth is that a Pap also tests for cancer. “The Pap test is really testing for pre-cancerous cells, and you generally have three to five years before cancer ensues,” Kliewer explains. “So there’s no ambulance required for any of this; this is really about prevention.”

In addition to a Pap, there is also an HPV screening test in Alberta, he says. “One thing that sometimes confuses people is we now do have the ability to look for the HPV virus, 15 strains – so the top strains that cause cancer, we are now able to test for specifically,” says Kliewer. “For women who are over 30, if they have a low-grade test result, we will then test for HPV, just to make sure. It may be a false low-grade; so we test it for HPV and if it’s not there, then they are good. We are one of the few provinces that does this.” 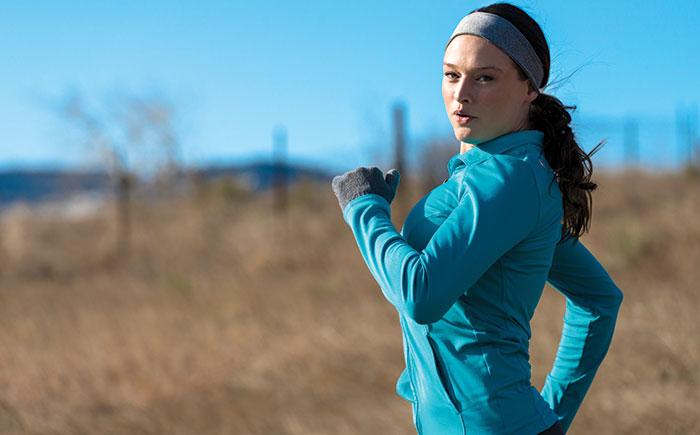 Q: Is it better to run alone, or with a group?
We turned to John Stanton, founder and CEO of The Running Room to answer this one. “What appeals to many people about living in our online world that you can run alone, at any pace and let your mind wander or focus on problem solving,” he says. “There is no pressure to run at a particular pace or distance, it’s just you and the open road.”

But that doesn’t mean solo is the only way to go, and he notes that running offers a great way to unplug and fosters direct human interactions that we all crave. “It helps to be in a clinic or in a group, particularly during the cold winter months,” says Stanton. “The positive peer pressure of the group makes you accountable to others, as well as yourself.”

And you shouldn’t be worried that it will be competitive, he adds. “Running in a group changes a workout into a safe and supportive team sport. The commitment to the group gets you out on days when you’re not full of energy and will leave you feeling refreshed and energized.”

Most running groups meet once or twice a week and become a positive and motivating ritual. For Stanton, group running is a great way to get both a positive mental and physical workout.