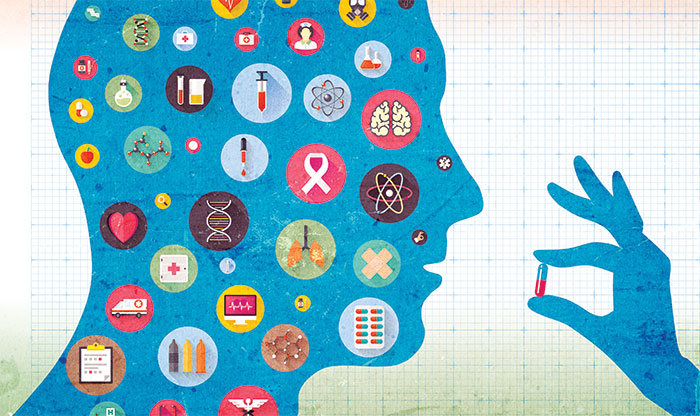 To hedge their bets against developing cancer, Albertans are doing their due diligence. They are eating well, staying active, avoiding environmental toxins and learning about their genetic vulnerabilities. In addition, many are participating in two effective provincial initiatives – screening programs for breast, cervical and colorectal cancers, and the human papillomavirus (HPV) vaccine campaign.

There are initiatives being developed to bump up the participation rates for cancer screening programs in Alberta. To improve access to cancer screening, two mobile units travel to rural and remote communities to provide services.

Alberta’s provincial breast cancer screening program has been in operation since 2004, says Dr. Huiming Yang, medical director of Alberta Health Services’ (AHS) screening programs. It is recommended that women have mammograms every two years, between the ages of 50 and 74. Regular breast cancer screening finds tumours early, when they are small and more treatment options are available. As a result, it is estimated that breast cancer screening can reduce deaths by 20 per cent. Breast self-examinations are no longer recommended, as they have not proven to be helpful in reducing breast cancer deaths and can result in unnecessary anxiety for concerned women and more unnecessary doctors’ visits and invasive tests. “They are not effective, can actually cause harm and should be discontinued,” says Yang.

Colorectal cancer screening is targeted at people between the ages of 50 and 74. Since November 2013, a new fecal immunochemical test (FIT) has been recommended for average-risk Albertans. This stool test is done at home (no dietary restrictions are needed) every one to two years, and then brought to the lab for analysis.

For those at high risk of colorectal cancer, a screening colonoscopy is still recommended, with frequency depending on the results each time – if pre-cancerous polyps are discovered and removed, more frequent screening may be recommended. For people at average risk (which includes most people between the ages of 50 and 74), “regular screening with the FIT is as effective as more invasive colonoscopy over the long term” to prevent colorectal cancer deaths, Yang says.

Yang says there are a number of reasons these rates are low. For one, many people may not get screened because they feel well and don’t understand the importance of cancer screening. They may live in remote areas or in small, rural towns and not know how to access the tests. They may be put off by the “ick” factor, and for some people the tests can be uncomfortable to experience. Vulnerable populations (immigrants, First Nations peoples and the economically disadvantaged) may be particularly at risk due to language barriers, cultural norms or being overwhelmed with day-to-day duties and responsibilities. People may also be wary of the risks associated with screenings. The mammogram, for example, may result in a false positive or negative result, and there is exposure to low-dose radiation with the X-rays. Still, the risks are small relative to the benefit incurred, says Yang.

There are initiatives being developed to bump up the participation rates for cancer screening programs in Alberta. To improve access to cancer screening, two mobile units travel to rural and remote communities to provide services. By bringing screening services closer to home, these mobile units funded by Alberta Cancer Foundation also provide women with an opportunity to undergo both a Pap test and mammogram during one visit. Centralized screening clinics located in Calgary and Edmonton provide blitz screening weekends, and even arrange for transportation for people who cannot easily get to the location. To help inform Albertans about screening programs, interactive risk assessment tools can be found on the program website. In addition to these tools, a range of print and online materials about the significance of screening are now customized for specific populations and are translated into six different languages (French, Arabic, Punjabi, Chinese, Vietnamese and Spanish).

But there is still more work to be done to reach the targets. Research into new and improved cancer screening tests, as well as innovative approaches to support enhanced access to cancer screening, is ongoing, and AHS screening programs are also looking at ways to improve wider-system operations so the entire process is smoother and less unwieldy. Some examples of this include encouraging primary health-care physicians to speak to their clients about the benefits of screening and recommend regular screenings, being able to book appointments quickly and easily and getting in touch with people whose results are abnormal in a speedy fashion. Researchers are also exploring the viability of developing screening programs on other cancer fronts. For example, a pilot program in Alberta, funded by the Alberta Cancer Foundation, is currently testing a group of high-risk people for lung cancer. The evidence suggests targeted lung cancer screening could reduce deaths by 20 per cent.

Getting more people to benefit from these programs is an important project, according to Yang. “Quite simply, cancer screening saves lives,” he says.

So will the HPV vaccine, says Dr. Corinne Doll, a Calgary-based radiation oncologist. Gardasil, which is being offered to girls and boys in Grade 5 in Alberta (with a catch-up opportunity in Grade 9), has been a “huge victory” in the movement to eradicate HPV-associated cancers. If one is already exposed to the virus (prevalence is estimated to be about 70 per cent among young adults, although the virus frequently clears itself within one or two years), the vaccine is not effective, so it is important to vaccinate early on. At the campaign’s outset, the participation rate was fairly low, but recent data in the Calgary public school system reports uptake of 70 per cent.

The HPV vaccine is not a magic bullet. It only protects against four of 100 specific strains of the virus – strains 6, 11, 16 and 18 – but clinical trials have shown “a significant reduction in the development of pre-invasive lesions” for those who have been administered the vaccine. More time will be needed to generate data related to risk reduction for development of specific cancers, but so far the results are promising.

Research related to HPV will continue. “We are looking at whether HPV-related cancers should be treated differently,” says Doll. They hope to explore the incidence of certain HPV sub-types, what their molecular differences are and how they respond differently to treatment.

There is much potential with cancer screening and vaccination. In some cases, increased compliance means preventing cancer completely. In others, it means finding it early and offering more choices and less intervention regarding treatment. In most cases, it means increased quality of life and more treasured moments for individuals to seek and to cherish.

And that’s a goal worth pursuing, say Yang and Doll, who remain optimistic about reducing mortality rates associated with cancer. “We have impressive data so far,” says Doll. “It is a very satisfying time.”

A Place to Thrive

A Better Way to See Tumours