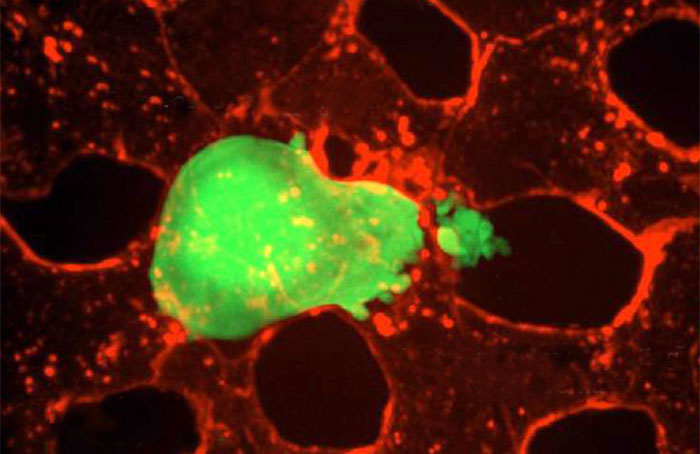 Dr. John Lewis, a University of Alberta researcher, has led a study that shows how cancer cells form “tentacles” to move from one part of the body to another. The team’s finding could open up new possibilities surrounding the treatment of cancer.

“Since the spread, or metastasis, of cancer is what makes it deadly, we have been interested for some time in what genes and proteins are required for cells to proceed through each step,” says Lewis, who is also the Alberta Cancer Foundation’s Frank and Carla Sojonky Chair in Prostate Cancer Research. “Almost immediately, we saw that the cancer cells moving through the bloodstream were forming long tentacles just before they escaped, so we decided to take a closer look to see what they were.”

It’s an exciting find for the team. “This means that cancer cell tentacles could be a promising target for new anti-cancer or anti-metastasis drugs,” says Lewis. During the research, Lewis and his team watched as a cancer cell reached a tentacle slowly out of the bloodstream. Now that the team has identified the process, the researchers can focus on an effort to develop new drugs that could block the tentacles and improve the lives of cancer patients in the future. 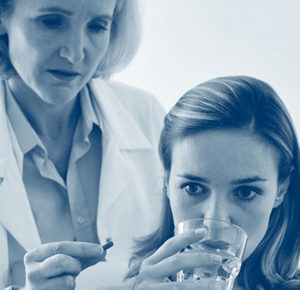 Two Programs Bring Screening and Therapy to the Patient