They don’t call Edmonton “Festival City” for nothing. Get in touch with your inner film critic for nine days this fall at the Edmonton International Film Festival (EIFF). It’s a cinematic feast of the best new indie filmmaking from around the globe, held right in the province’s capital. The schedule includes 55 feature-length slots, and 110 short films programmed into feature-length packages.

Immerse yourself in one of North America’s most spectacular national parks during the Waterton Wildlife Weekend. Participate in one of 30 hikes, talks or workshops with naturalists to learn about the wildlife in the park, which spans 250 species of birds, more than 60 species of mammals, 24 species of fish, 10 species of reptiles and amphibians and thousands of invertebrates. You can also take a hike with a renowned naturalist such as bear expert Charlie Russell, or learn to take stunning wildlife photos.

Things are looking up for this year’s Jasper Dark Sky Festival, thanks to a special appearance from everybody’s favourite astronaut, Col. Chris Hadfield. From stargazing to guest speakers (including Hadfield) and musical guests, the 10-day festival celebrates Jasper’s status as Dark Sky Preserve, which was designated by the Royal Astronomical Society of Canada in 2011.

Word nerds and literary types rejoice – the 19th annual Wordfest runs from October 14-19, 2014, at various locations around Calgary, Banff and the Bow Valley. The festival features upwards of 70 writers from the local, national and international stage at more than 65 separate events, including poetry and spoken word performances, current event panels, publishing industry workshops, art installations, youth and multilingual programming, in-school presentations and featured events with the biggest and brightest stars of the book scene. Scribes on this year’s roster include Kenneth Oppel, Ruth Ohi, Genevieve Cote, Hugh Brewster, Anna Dewdney and Marianne Dubuc and many more.

Banff is internationally recognized as a mountain adventure base, so it stands to reason that this event is set in the Rocky Mountain town, as people share the experience of peak adventure via various art forms. Every fall, the Banff Centre gathers the world’s best in mountain films, books and speakers with thousands of mountain and art enthusiasts. Past festival guests include Sir Edmund Hillary (the first man to summit Mt. Everest), Jon Krakauer, Aaron Ralston and Alex Lowe. This year will be no exception to the event’s reputation for hosting star-studded talent. You’ll see Richard Fenton and Dave Sheppard among hundreds of other people, mingling amidst the exhibits, art and at the Art and Craft Sale.

Screening for the Right Sunscreen 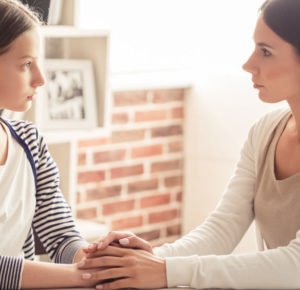