What started out as minor dental surgery to cure the pain in his upper right palate would change Wilson Raposo’s life forever.

In early 2009, Raposo had jut moved to Calgary to work and was about to buy a house in Chestermere. But the pain in his jaw was distracting, and after being continually prescribed strong painkillers, his dentist was eventually forced to lighten the pressure by drilling holes in the roof of his mouth during a dental appointment. While in the dentist’s chair, he found a thumb-sized hole, which led to Raposo being sent for a biopsy. That was sent to Edmonton and Calgary for analysis, and when the results came back, it confirmed the worst. It was cancer – squamous cell carcinoma. Two months of radiation and a surgery that spring and summer followed. By October, it was time for him to heal.

For younger patients, they want to preserve their ability to have a family, but often can’t afford it.

He says his cancer treatment led to him shifting priorities from money and “surface beauty” to valuing true friendship and humility. Raposo is one of the many young survivors of cancer who goes unnoticed, and who struggle silently with financial stress while sick. He is glad to be in remission, but says, “You hear ‘cancer’, but you don’t know what a person has to go through in order to make ends meet. It ruins relationships, it ruins families, it puts stress on everybody else.”

His employer accused him of having prior knowledge of his illness, so he was terminated from his job. He moved into a new apartment, which he later shared with his girlfriend, who he tried breaking up with to spare her the journey that he had to go through. He knew he couldn’t turn to his parents, because he had seen how the recent death of his grandmother had thrown his mother into complete shock. “I had this mentality of ‘I’ll either do it on my own or die trying,’ ” he says. “I didn’t want that negative energy around me.” He didn’t want his mom to give up her job to take care of him, Raposo adds. 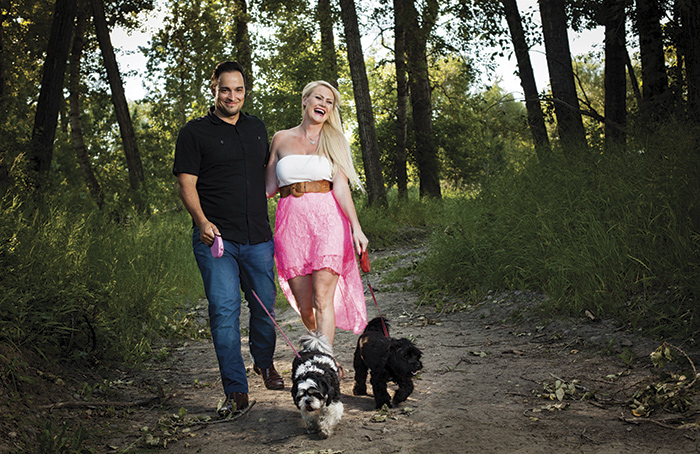 HAPPY RETURNS: Wilson Raposo, seen here with his girlfriend Tara Richmond, says having cancer and being forced to do odd jobs to make ends meet changed him for the better.
Photo by Cooper + O’Hara

Virtually overnight, his standard of living changed. Raposo felt he was reduced to begging strangers, rather than his family, for support, and used the food bank. In fact, he worried when he was going to collect his food that his clothing was too fancy. He sold his couches and the contents of his once-flashy condo and got down to the bare essentials. It affected his psyche and his social life. How was he supposed to date if he couldn’t pay for the meal? Employment Insurance (EI) ran out quickly and his CPP disability only paid part of his monthly expenses.

Throughout his treatment he took odd jobs. He would go through his neighbourhood and surrounding communities asking if he could shovel residents’ walks, or collect their cans and bottles, take away garbage, rake their leaves and do other chores, with the help of a little red card the Tom Baker Cancer Clinic gave him to verify his ugly truth.

“I would just explain that I’m a cancer patient and I would show them that I had no teeth and show them my scars and I would just say ‘government funding hasn’t provided me with enough to sustain my livelihood, and I have no way of making money, so I’m knocking on doors to see if you can help me out in exchange for services.’ ”

Lori Ray, a social worker at the Foothills Medical Centre’s bone marrow transplant ward, says the youth demographic has its own unique financial struggles in the face of cancer. If a person is lucky enough to have a permanent job, then he or she may have coverage from a company plan. If that is not the case, one has to rely on contribution-based Federal programs like EI, which pays 55 per cent of regular wages. Canada Pension Plan disability benefits are for long-term coverage, but have stringent rules, and usually take four months to process before you can claim them. Certification from your physician is required to say that your injury or illness is “severe and prolonged,” which means you are expected to be off work for over a year, and you must have worked four of the last six years to qualify. Most young adults have not been in the work force long enough to collect this benefit.

Provincially, patients can apply for social assistance, which covers basic living expenses and takes only a few days to receive once you’ve proven that you are eligible and unable to support yourself. The Alberta Works – Barriers to Full Employment program is also helpful to young cancer patients and provides full medical coverage for prescriptions, which can be quite costly. 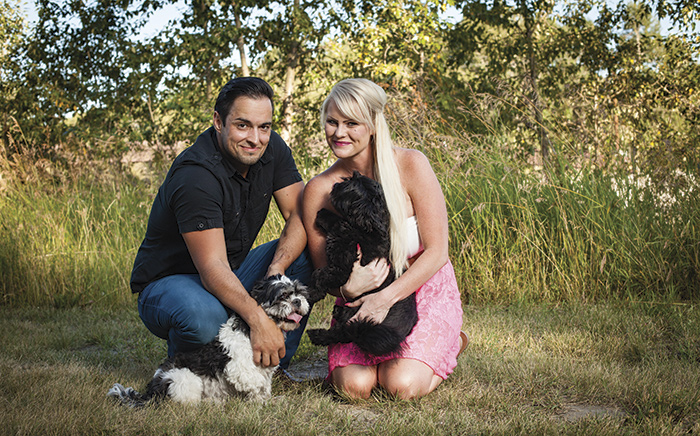 Luckily for Raposo, he managed to find a home-based business soon after his surgery and is now working as an executive clothier and tailor full-time at LGFG Fashion House.

He enjoys sharing his story in his new line of work, for which he feels fortunate, and he acknowledges how far he’s come. “I am a lot more genuine than I used to be. I am in the beauty industry, but I just had my face ripped apart. It humbles you.”

He lives in Okotoks with his girlfriend, Tara Richmond, and her two daughters: Paris, age nine, and Lo, who is six, and life is back to his “new normal.” “It’s created a humble mentality of attracting certain kinds of people in my life, because now I know who my real friends are – those who accept me for who I am rather than for what I do or what I have to offer in that materialistic sense,” he says. “I am comfortable in my own skin.”

It is accessed via social workers in cancer centres across Alberta, and there is a list of set criteria to meet in order to receive this funding, for which donors provide almost $800,000 a year.

Patients can apply for financial support for: 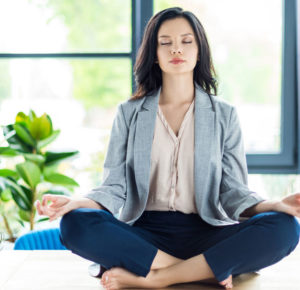 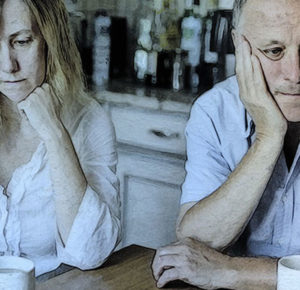 Intimacy doesn’t have to be a dirty word after cancer