Fiona Garforth-Bles lost more than her share of sleep, body heat and even a tooth – but she never let go of her dream of completing two legs in the renowned sailing race Clipper Round the World.

“When I was sitting there all cold and wet, I thought ‘at least I am doing something for a good cause,’” says Fiona Garforth-Bles.

That dream saw the 53-year-old oncology nurse travel by sea from San Francisco through the Panama Canal to Jamaica, then to New York and across the North Atlantic to finish in London, England. She did so alongside 18 other amateur sailors and pro skipper Eric Holden, who made up Team Henri Lloyd in the prestigious competition against 11 other 70-foot yachts.

“It was the hardest thing I have even done,” says the Bragg Creek resident, who has worked at the Tom Baker Cancer Centre in outpatient chemotherapy for nearly 14 years.

An avid sailor, Garforth-Bles trained for three weeks in England in spring 2013 before embarking on her international journey this April. In July, after logging more than 8,800 nautical miles, she surpassed her goal of raising $1 per mile for the Clinical Trials Unit at the Tom Baker Cancer Centre – in the end netting $11,436 in donations.

She counts as perks a trophy and bragging rights that came when her team was the first to cross the finish line at London’s St. Katharine Docks. But the months-long race had its challenges. “You have some really high moments and really low moments,” Garforth-Bles says. “The low moments are when you’re very tired, seasick, and you’re being woken up at 3:30 in the morning to be on deck at 4 a.m. and it’s cold and wet outside and you just want to be in your bunk.”

Subsisting on a just few hours’ rest, the constant sleep deprivation was the hardest to bear. And as the team medic, Garforth- Bles was tasked with helping others, including a teammate who suffered a gallstone attack. But hers was the most serious injury sustained among her crewmates, she says. “I ended up losing a tooth and cut my lip and chin by being hit by a spinnaker sheet. It is quite a dangerous occupation.”

The opportunity allowed her to mesh her life-long affinity for boating with supporting cancer research. “I love sailing and I wanted to cross an ocean,” Garforth-Bles says. “When I set that goal, I wondered how I could I do something for my patients. So I came up with this idea that the money would go to clinical trials. When I was sitting there all cold and wet, I thought ‘at least I am doing something for a good cause.’ ” 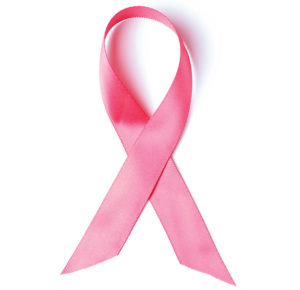