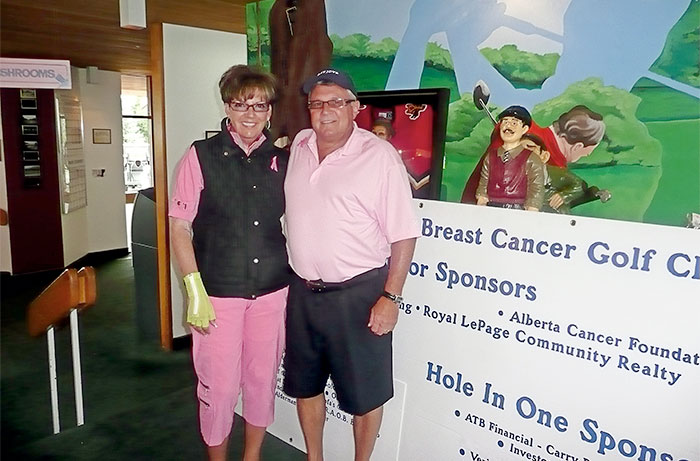 In 1995, Cantalini-Gallant had been diagnosed with breast cancer, and she underwent chemotherapy and cancer treatment at the Medicine Hat Cancer Centre. The tournament became a success, providing Cantalini-Gallant with satisfaction, knowing that she could “put something back to a place that treated me so well.”

Over the next 12 years she raised more than $230,000 for the Medicine Hat Cancer Centre. But in 2008, a serious kitchen fire almost took her life. Even while recovering from the painful accident, she was insistent that the tournament take place, working hard with her husband to organize it. Over the tournament’s 16-year history, Cantalini-Gallant raised more than $400,000 for cancer research through the event.

Cantalini-Gallant died in March 2013, but her golf tournament and legacy of generosity and selflessness lives on. This year the tournament raised close to $50,000, an event record. To support the event and keep it running, a number of the city’s local businesses, including Royal LePage Canada and the Medicine Hat Golf and Country Club, stepped in. The money raised will support the Margery E. Yuill Cancer Centre in Medicine Hat.