It was a turning point in Stacie-Rae Weir’s tattooing career. A traditional tattoo artist by trade, Calgary-based Weir has made her name reconstructing nipples and areolae for women who have had mastectomies. After studying the areola reconstruction process for six months, Weir’s first client was her friend Melanie Hayden-Sparks.

“I told her, ‘Let me know how is this affecting you?’ ” says Weir, of that pivotal moment. “And she told me, ‘I had no idea that such a big part of me was missing. I had no idea that I was feeling this much of a void in my life.’ And then as soon as she looked in the mirror, she said, ‘Right, I’m a woman. I have been a woman all along. I forgot.’ You become a patient, you know?”

“There is a need for this. If that need requires a voice, I have a voice. I don’t mind being the one to say, ‘Yeah, reject me, but there’s still a need.’ We have to do the best that we can do for these women.’”

Hayden-Sparks’ response to Weir’s work sparked the desire to offer the service to everyone who wanted it. “Bring ’em all on,” Weir says. “I want to do this solely. If this can make that big of a difference for you, for anybody, then this is all I want to do.”

That was almost four years ago. Since then, Weir has reconstructed areolae and nipples for many women, offering an alternative to in-office tattooing services offered by surgical teams. She calls her service Hope Eternal Areola Reconstructive Tattoo Services, or H.E.A.R.T. for short.

For many women, says Weir, the experience is similar to what Hayden-Sparks describes as her own: the room is filled by the woman, her loved ones and Weir, and together they laugh and cry through the process.

“I didn’t know how much this would mean to me,” Hayden-Sparks says. “They had taken away the part (of my body) that makes me feel like a woman, that I fed my children with. This was the final step to putting the cancer behind me.”

Weir describes this as a common reaction for many of her clients, and one of the main reasons she loves her work. One woman called her in tears the day after she had her tattoos done, she says, to tell her that she’d made love to her husband with the lights on for the first time.

“Feeling good about our sexuality is such a huge thing. A lot of the women who are coming to me, who are getting mastectomies, are in their 30s. In their 30s! We’re just entering our prime (at that age). We’re getting over the self-consciousness of being in our 20s. Not having had that time with our sexuality is a huge hindrance to the recovery process, I think.”

Weir is working to help her H.E.A.R.T. clients tie their tattoo process to their healing process. “I have master level Reiki and use the energy healing modality to not only calm and relax the client, but to empower the emotional healing that this visual stimulation can provide. Seeing a realistic-looking nipple returns the woman to a time when her body was whole and healthy, before it was altered by surgeries and treatment. This helps her to regain a sense of confidence, and I find Reiki energy strengthens this fact in the subconscious mind.”

Weir met Hayden-Sparks as she herself began her own journey through a mastectomy and breast reconstruction. Weir’s mother had tested positive for the BRCA1 gene, and died of cancer. Weir describes herself as “my mother through and through,” and based on this knowledge she had herself tested for the gene – she tested positive. When it was suggested to her that she may want to consider a mastectomy, she says she felt like she had just been handed a “Get out of Jail Free” card.

Through her own process of breast reconstruction, Weir came to believe that there was a need for high quality tattooing services for areola reconstruction.

Areola and nipple tattooing is a service that is sometimes offered by plastic surgeons who perform breast reconstructive surgery. The process may be performed by the surgeon, but the cosmetic tattoo training specifically needed for nipple and areola tattooing is also available to others, like nurses and cosmetic tattoo technicians.

Of the women who have had their breasts surgically reconstructed following mastectomy, 15-20 per cent choose to have their nipple and areola reconstructed and tattooed, according to Dr. John Beveridge, a plastic surgeon specializing in hand and breast reconstruction in Calgary.

Women who have their areolae or nipples tattooed in the clinic setting receive coverage for the service from Alberta Health Services, but those who choose to have them done by a private artist such as Weir do not receive any coverage – a fact that both Weir and Hayden-Sparks consider to be a shame.

“I will do whatever I have to do to get Alberta Health Services to cover highly trained tattoo artists to do this work,” says Hayden-Sparks. When talking to any woman who is planning for or considering a mastectomy, she strongly recommends taking photos of their own breasts before the procedure. In these photos, she says to include close-ups shots and different angles of the nipples.

“What is the colour? What is the shape? A gifted artist can give this back to you,” she says.

Currently Weir tattoos two or three clients per week for H.E.A.R.T., but she says she has the capacity for more. She continues to serve traditional tattoo clients as well but hopes to find a way to work solely in nipple and areola tattooing in the future.

Though Weir currently charges “a very competitive rate” of $300, “mainly to support educating people on the difference quality can make,” she says, she has now made it her mission to advocate for Alberta Health Services coverage of areola tattoos by traditional tattoo artists.

“When I first got into tattooing, there was no woman tattooing in Canada that I had heard of, that had been to art school like I had, that had done a professional apprenticeship like I had,” she says. “I kind of blazed that trail, so I don’t mind blazing this one.”

“There is a need for this. If that need requires a voice, I have a voice. I don’t mind being the one to say, ‘Yeah, reject me, but there’s still a need. We have to do the best that we can do for these women.’ ” 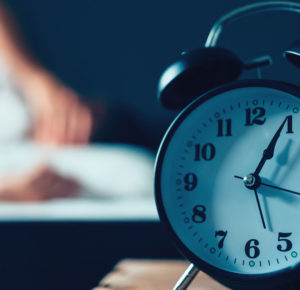 Living Your Best Life: An Event to Help With Life After Cancer