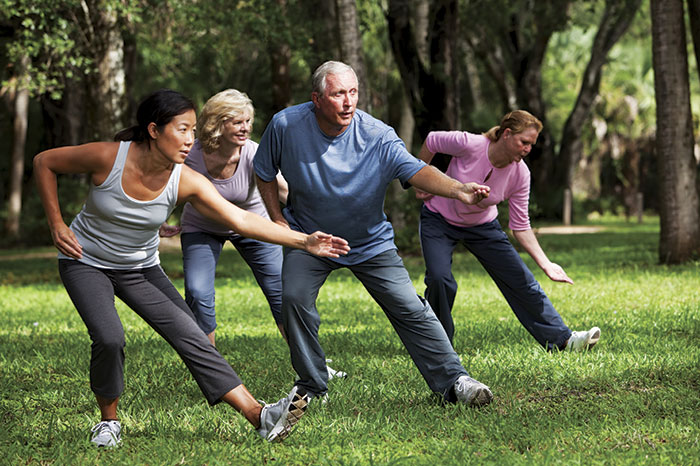 I’ve talked about a wide range of complementary therapies in this column over the years – from meditation and yoga to acupuncture, creative therapies and natural health products like herbs and vitamins. But what about those more esoteric martial arts you occasionally see people practising in movies or out in the park? The two most common are tai chi and qigong, both derived from traditional Chinese medicine. Increasingly, they have been studied as potentially helpful practices for people living with cancer.

Tai chi is a shortened name, from tai chi ch’uan, a form of martial art derived from traditional Chinese medicine. It is actually a sub-set or adaptation of the older qigong practices, and involves a series of slow, specific movements or “forms,” done in a meditative fashion. It is purported that focusing the mind solely on the movements of the form helps to bring about a state of mental calm and clarity. Over the years, the practice itself has been separated from its martial arts roots, and is now widely taught as a gentle practice and exercise.

A number of studies have even considered its usefulness for cancer patients. A review of seven controlled trials in breast cancer concluded tai chi may help to improve psychological and physical health factors, like mood, quality of life and anxiety. In elderly people, a larger body of research supports its efficacy for improving balance, preventing falls and improving overall psychological well-being.

Similarly, a growing body of research suggests the efficacy of qigong, a practice of aligning breath, movement, and awareness for exercise, healing, and meditation. Qigong is traditionally viewed as a practice to cultivate and balance qi (chi) or “intrinsic life energy.” Qigong practices are often simpler and more repetitive than tai chi forms, which can take many months to learn, and exercises generally have three components: a posture (whether moving or stationary), breathing techniques, and mental focus on guiding qi through the body. While not as common in Western societies as tai chi, qigong is very common in the East, and medical qigong is widely used as a health practice throughout China. A review of the literature, including Chinese and Korean databases, found 23 studies in cancer care. The most consistent benefits were seen on immune system function (reduced inflammation), improved mood, quality of life and fatigue.

So where can you go to try some of this? Unfortunately at the moment we do not offer classes through AHS Cancer Control, though we are planning some clinical trials of medical qigong in the future.

In the meantime, to find a local class, try the Western Canada Taoist Tai Chi Society. Medical qigong is available through Dr. Stephen Aung in Edmonton, and through practice groups around the province. Additionally, Wellspring Calgary offers both tai chi and qigong to cancer patients and survivors for no charge. Read more about the facility here.

Dr. Linda Carlson (lindacarlson.ca) is the Enbridge Chair in Psychosocial Oncology at the University of Calgary and a clinical psychologist at the Tom Baker Cancer Centre.

Ten Ways to Be Active in Your Everyday Life 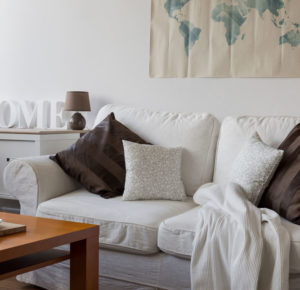 Get Your Kids Off the Couch