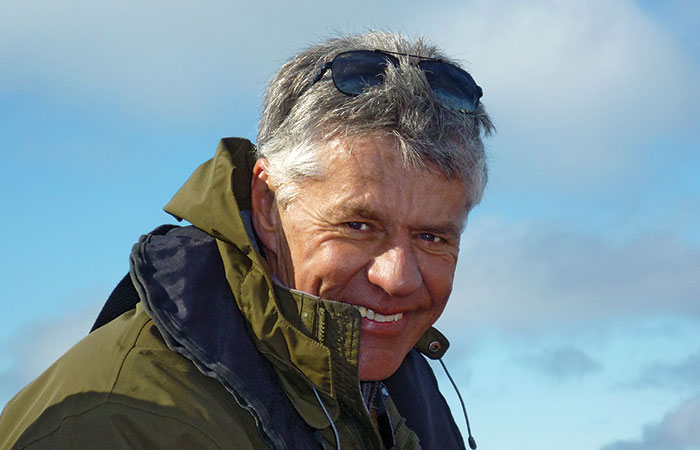 Dr. Wayne Lynch is no stranger to hospitals. He began his career as an emergency physician more than three decades ago, but after five years, his wife Aubrey Lang convinced him to follow his dream of becoming a wildlife photographer and science and nature writer. A decade later, she joined him and the pair has worked together ever since.

But their dream life would be interrupted in 2004, with a cancer diagnosis for Lang. “I was an emergency doctor and she was a nurse, so we’re aware of how variable medical care can sometimes be,” says Lynch. “We were so impressed with the Tom Baker Cancer Centre and the treatment she got – and she’s now 10 years post-cancer and she’s fine. Because of that, I wanted to give back something.”

“Nature can rescue you from despair. Nature can soothe you in the most difficult of times and it certainly always has done that for me and it can do that for many people and that’s why I got involved.”

Since 2007 he has done just that by donating his Alberta landscape and wildlife photography to the Alberta Cancer Foundation’s annual calendar. “For Aubrey and I who are professional wildlife photographers and nature lovers, nature has always been a source of comfort for us. And we know that for many people it’s a source of comfort. I saw the calendar and I thought if they spent less money buying photographs, then maybe they’ll have more money for research.”

The calendar is a pillar of the Alberta Cancer Foundation’s mail-out campaigns, says Sean Capri of the Alberta Cancer Foundation. “The calendar has reached superstar status and helps to raise significant funds for Alberta’s cancer centres,” says Capri. “Every year, our donors tell us how much they love the photography and appreciate Dr. Lynch’s contributions and this year is no different. To date, the 2013 calendar has raised a net
of $144,000!”