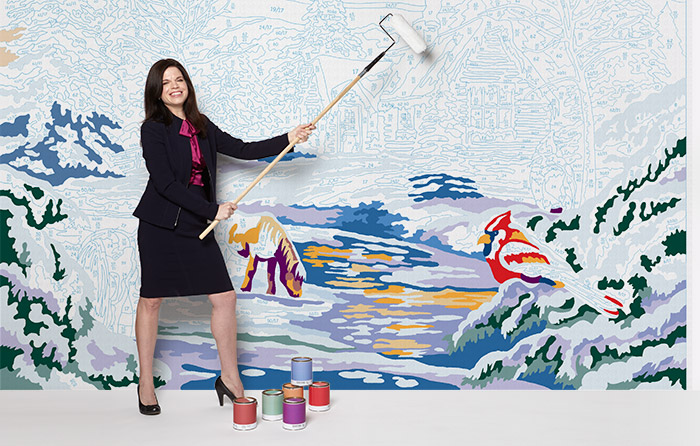 Phyllis Mort stood in front of her husband Mike and asked him bluntly, “Do I look fat?”

He says, “Any male who has any brains never tells a female that she’s getting fat.” He politely avoided answering the question and got to the root of why she wanted to know.
It was spring 2004 when Phyllis had her annual physical – roughly one month before posing that burning question to Mike. All exam results came back normal for the 59-year-old, but Phyllis felt unusually bloated weeks later and decided to go back to her doctor for further testing.

“I always believe that a group is better than just one, so everyone is going to have a different perspective, especially since we come from different backgrounds. It’s now my job to help co-ordinate that.”

She had an ultrasound and underwent other non-invasive procedures before the Morts got two opinions, telling them that Phyllis’s ovaries had a mass. Doctors diagnosed her with late-stage ovarian cancer at the end of April 2004 and scheduled surgery.

“They removed most of the mass but unfortunately, by the time it reaches stage three or four it means that it has spread to other places,” Mike says. By September, Phyllis had her first round of chemo and “she had about two years of good sailing,” Mike says.

Caught off guard by the diagnosis, the couple researched everything they could about ovarian cancer. They found that the prognosis for life past five years with her stage of ovarian cancer was not good. Phyllis’s life-span didn’t falter much from their findings and she died on October 7, 2008 at age 63.

Typical symptoms for ovarian cancer – cramping, weight gain and a bloated belly – are so similar to those of regular menstrual cycles, or even menopause, that early detection rarely occurs. Only about a fifth of the 175 women in Alberta diagnosed each year with the disease will find the cancer still confined to their ovaries, meaning better treatment options.

Mike told his “Do I Look Fat” story to Dr. Lynne-Marie Postovit, an associate professor in the University of Alberta’s department of oncology, when her recruitment to the University of Alberta was announced earlier this year. “I think it’s a little light in the dark sky,” Mike says in regards to Postovit’s lab moving from London, Ontario to Edmonton for

a new ovarian cancer initiative. “For my situation, it’s not going to change it now, but for others’ daughters, maybe it’s important,” says Mike. Like many Alberta Cancer Foundation donors, he wanted to know where his money was going, with the hope it would one day save lives. 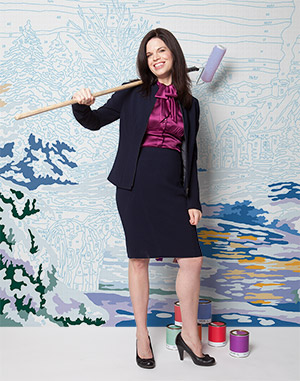 Postovit remembers the exchange with Mike, and shares his frustration that ovarian cancer is not detected earlier. “The ultimate goal would be to have something akin to the early screening that we have in other cancers,” she says. “In breast cancer we have self-screening and mammography. Colon cancer, we have colonoscopy. Prostate cancer, we have exams and PSA tests.”

For ovarian cancer, researchers would like to create a test women can do at their regular check- ups showing a marker that helps predict if an ovarian cancer is there: part of the Postovit lab’s new initiative.

Postovit’s funding – more than $5 million – came from the Alberta Cancer Foundation, University of Alberta, Royal Alexandra Hospital Foundation (administered through the Women & Children’s Health Research Institute) as well as the Noujaim and Sawin-Baldwin families. She will also get an Alberta Innovates-Health Solutions Translational Health chair post. And with a hefty title – associate professor, department of oncology, Sawin-Baldwin Chair in Ovarian Cancer and Dr. Anthony Noujaim Legacy Oncology Chair – it’s obvious Postovit will wear many hats and co-ordinate many groups in her multi-chair appointment.

“The package really comes together to help facilitate research,” Postovit says. “Without the hybrid group of all this funding coming together, we couldn’t do this type of work.” Work that includes pre-clinical models, making drugs and testing them, all with the goal of getting treatment options to the clinic faster than current rates.

The university’s new recruit moved with her almost three-year-old son Mason and engineer-husband Terry to St. Albert from Ontario in July. Most of her lab team followed and set up shop at the U of A in September.

Most of Postovit’s work happens in her modest office in the Katz Group Building, kitty-corner to the Butterdome. Mason’s framed photo sits on a window ledge
opposite the wall holding a 2007 framed cover of Nature Reviews Cancer magazine containing Postovit’s research relating to cancer.

Postovit jokes about being a nomad on a five-year cycle, having gone to Queen’s University (Kingston, Ontario), then Northwestern University (Chicago, Illinois), followed by the University of Western Ontario to start her microenvironment cancer study program, before moving west this summer.

“Change allows you to grow and being in a different atmosphere with a different focus really helps that,” she says. “You’ll never really lose what you’ve already built.”

For example, a previous discovery of hers regarding the protein “Nodal” found in melanomas and breast cancer, is something she hopes will help with her ovarian cancer focus.

What makes her current study different from those also trying to find and prevent the cause of ovarian cancer, is that she’s more interested in a cancer cell’s environment than the cell itself. “We’re saying if we go in and destroy their home, we’ll start to unravel the whole tumour,” Postovit says. “In cancer, you have this thing that no longer listens to the cues around it. It’s able to change in response to its environment and it’s not doing what it’s supposed to do anymore. We think that has a lot to do with the surroundings of the cells.”

Her lab is working to detect cancer at its beginning stages with biomarkers (cancer indicators) rather than working on treatment for late-stage cases. “Let’s just prevent this completely,” she says, adding that Alberta’s entrepreneurial spirit is ideal to support the development of an ovarian cancer biomarker test within the next five years.

“There’s no reason why we can’t do it, it’s just going to take some work,” Postovit says. “I always believe that a group is better than just one, so everyone is going to have a different perspective, especially since we come from different backgrounds. It’s now my job to help co-ordinate that.”

Colorectal Cancer in Canada by the numbers