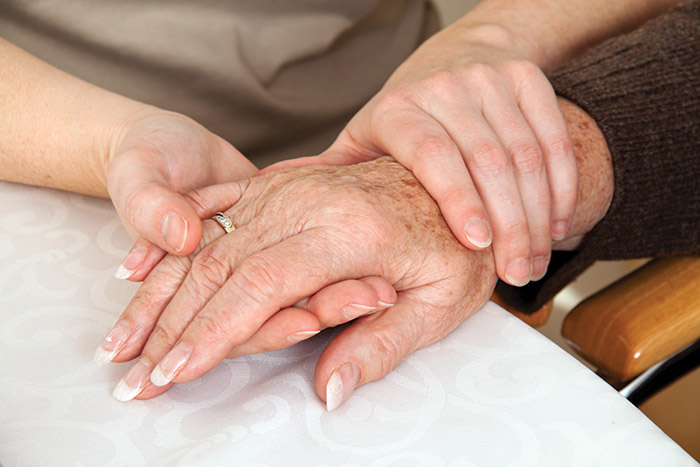 Palliative care, a program designed to provide treatment and comfort at the end of life is a relatively new practice. Though hospice has been around for centuries, palliative care programs have only been around for a few decades. Researchers are making large strides in eliminating suffering and improving the quality of life of patients needing end-of-life care but there is a lot more work to be done. Luckily for us, Alberta is at the front of the pack and the doctors in charge are passionate about what they do.

Alberta Health Services, the University of Alberta and Covenant Health with the support of the Alberta Cancer Foundation have come up with a program to provide all Albertans with the best palliative care possible. The Edmonton model, in particular, has been influential worldwide. “We’ve achieved world recognition for a community-based, comprehensive, integrated, co-ordinated palliative care program,” says Dr. Konrad Fassbender, scientific director of Covenant Health’s Palliative Institute. “Almost all other centres, all over the world [hospitals, homecare, hospices, special consultant care] don’t talk to each other. So they’re not integrated, they’re not co-ordinated, there isn’t a comprehensive approach to providing services to patients from the time they are diagnosed with a life-limiting illness to the time that they die. And so that means the health-care system is fragmented for these patients and families.”

Because palliative care is such a new practice, there are many facets that need to be figured out. Dr. Baracos explains, “This is part of an extremely dynamic process where people have developed palliative care programs, integrated them, figured out the composition of what kind of health-care professionals to put on palliative care teams: doctors, nurses, pharmacists, dietitians, physical therapists, occupational therapists, chaplains and oncologists. Now they are working on when to integrate that with the cancer care that is going on.”

A couple of years ago, the New England Journal of Medicine published a study done by a Harvard-affiliated research team. The study found that when a patient is referred to a palliative care team at the time of diagnosis rather than later, the patient is more likely to experience an improvement of both quality of life and survival. “The big innovation in the cancer world is early referral,” explains Dr. Fassbender. “Up until now, the average time of referral is somewhere around six to eight weeks before death. That means that you’ve got patients and families caught in a terrible state: they’re told by oncologists that there’s nothing that can be done, but they’re not symptomatic enough to refer to palliative care.”

The study was based on a randomized control group for lung cancer patients in which the treatment group received an early palliative care consult and a monthly visit with a palliative physician and nurse. “The survival benefit was close to three months,” Dr. Fassbender continues, “and that blew the socks off of everyone.”

The results were, in fact, so astounding that the study was published with no other proof. “The New England Journal of Medicine article got a lot of people thinking,” says Dr. Baracos. “A lot of people are starting to ask the same questions so the next crop of results will potentially confirm the [study’s] results and come out with some new clinical practice guidelines about when to bring in the palliative care team.”

Alberta has nothing to worry about when keeping up to the latest palliative care innovations. “Edmonton and Calgary have led and have been recognized worldwide as leaders, I would argue that you could almost title this article, ‘Much Ado About Nothing,’” Dr. Fassbender claims. “Because at the end of the day, many of those new best practices are already in place. So having an innovative, co-ordinated program? Well, we invented that.” 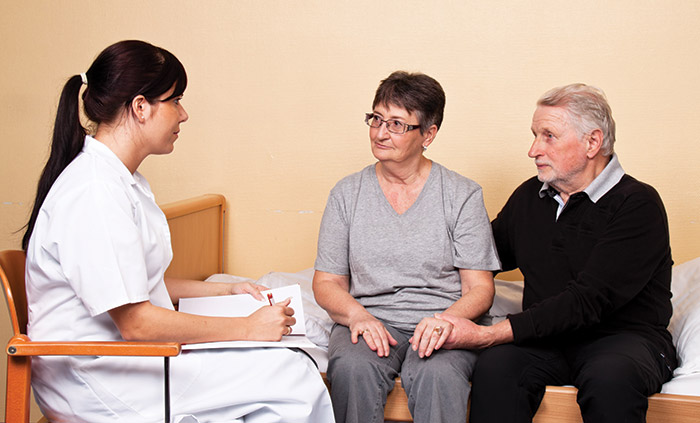 Dr. Baracos’s pet project as chair of Alberta Cancer Foundation’s Palliative Medicine branch is what she calls “Wasting.” (see Leap’s article in Fall 2012). Wasting is when someone who’s developed a serious illness wastes away to skin and bones.

In her research, she has found that people suffering from cancer find the taste and smell of food disgusting. She says that humans are motivated to eat by the appearance, smell and taste of food. “You go to a buffet,” she says, “you try everything. Why is that?” She goes on to explain that part of the evolution of humans is to be interested in trying lots of different foods. Unfortunately, for many cancer patients, participating in this behaviour can make them physically ill.

Dr. Baracos and her team have published a Phase 2 randomized clinical trial about this issue. The drug is called Marinol and it has proven to improve appetite and enjoyment of food. Recently, an international pharmaceutical company has expressed interest in conducting a Phase 3 clinical trial based on Dr. Baracos’s findings.

Marinol contains THC, the same active ingredient as marijuana; it’s a purified drug that’s been around for a long time, but has not been approved for this reason as of yet. “It acts on the brain where appetite is regulated and turns on or activates the sensation of the desire to eat which is motivated by the sight, taste and smell of food,” Dr. Baracos says. Basically, it gives cancer patients the munchies – a premise that was also found to be valid in a study at the U of A by associate professor Dr. Wendy Wismer, who found 64 per cent of the cannabis group reported increased appetite, 73 per cent said they had increased appreciation of food and 55 per cent said the medication made food taste better. 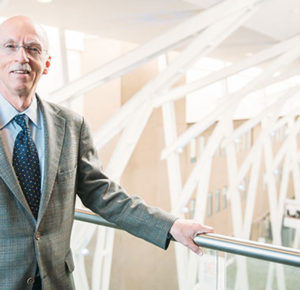