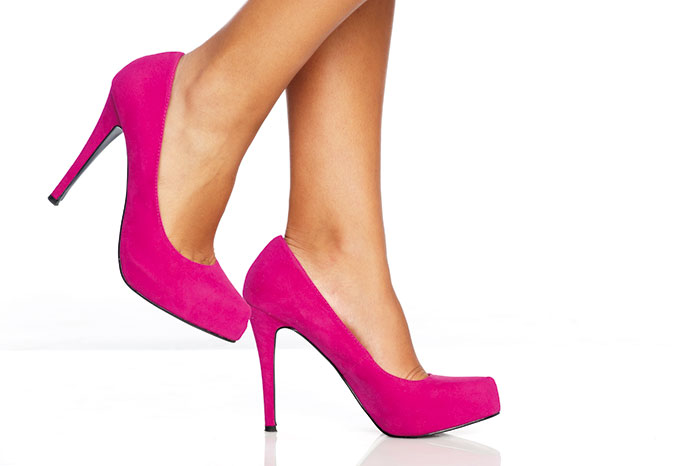 For Gladys Cantalini, good shoes have taken her to great places in life, and enabled her to express herself through style and deed.

On Christmas Day in 1949 she met her husband Joe Cantalini, and went on a date with him the next day. “I had a nice black dress and a black pump,” says Gladys, recalling how the smart fashion choice transitioned from a holiday party to a romantic date in Calgary.

She was one of a handful of girls from Manitoba who finished modelling school that year, and decided to hitchhike west to Osoyoos, B.C. On the journey home, Gladys met Joe in Calgary and married him in 1950. Their daughter Debbie was born three years later.

Back then, Gladys earned $20 a week in a shoe store. But it became a foothold in a 25-year retail fashion career where she earned a reputation for good taste and a thoughtfulness that exceeded standard expectations for customer service. When the marriage to Joe ended, daughter Debbie as an only child became Gladys’s focus, while sales success at Robert Spence shoes in Chinook Centre more than paid the bills for the single mother.

She was the first employee to ring in $1 million in footwear in one year and was promoted to head buyer, travelling around the world to fashion shows or to negotiate deals with the best brands in Europe. “There isn’t anything I wouldn’t do for Debbie,” she says. “I was making a lot of good money, and never spent on myself,” says Cantalini, who simply loved working and helping her customers. “I’ve had a nice life, and have met beautiful people all over the world,” she says.

Gladys kept the names and shoe sizes of top customers in a thick notebook, and made side tours on her buying trips to source out custom-made footwear for hard-to-fit clients, such as one who paid $900 for a pair of size 4.5 Italian designer boots which Gladys carried home in her personal luggage.

Following in her mother’s footsteps, daughter Debbie was a connector, and made a lasting impression on customers at Eaton’s and other department store cosmetic counters in Medicine Hat. Her broad smile and selfless nature earned her many friends.

In 1995, Debbie contracted breast cancer. Gladys witnessed her daughter fight the disease with the same spirit she approached life with. She received care and support at Medicine Hat’s Margery E. Yuill Cancer Centre, and Debbie survived.

Debbie became focused on raising funds for cancer research. Through an annual golf tournament she created and ran for 16 years, she raised $400,000. “She never complained, and couldn’t give up, even when she was very weak,” says Gladys.

Among Debbie’s advocates is Bill Yuill, a businessman in Medicine Hat who contributed $2 million in his mother’s name to the cancer centre. “She did some very good work and was able to keep it together for all those years – incredible. With some support of some good friends of hers, she raised a significant amount of money all on her own initiative,” says Yuill.

Debbie was ultimately found to have cancer once more and on March 8, 2013 – just a week before Gladys’s 89th birthday – Debbie died at the age of 59.

Gladys respected her daughter’s passionate devotion to helping others get care. “She had become highly respected, and she worked so hard,” says Gladys. “I really miss her.” Gladys’s insurance policy named Debbie as beneficiary, but at her daughter’s passing she contemplated what to do with the funds, and decided a gift to the Alberta Cancer Foundation in support of the Margery E. Yuill Cancer Centre was the best way to honour Debbie’s legacy. The $150,000 gift will be paid from Gladys’s estate.

Insurance advisor Chris Geldert of the Calgary office of Daystar Financial, says promised gifts to charity in the future such as those paid from an estate are not common, but deserve serious consideration as part of a financial plan. “For most donors, part of the issue is not knowing the options,” he says. “Charities need funding for today and the future. The planned giving makes sure necessary assets are available in the future,” he says.

Every policy is different, says Geldert, and recommends getting advice from professionals. They can help examine the tax advantages for donors in the present where receipts are issued immediately. Alternatively, the charity can receive a maximum payout if the funds are dispersed from the estate in the future.

For Gladys, she’s just happy to give back to a cause her daughter would have approved of, she says.

“I wish Debbie was still with me, but there are so many who are sick and need care, and the funds are going to a good place.”