I’ve written in this column over the last three years about a lot of complementary therapies and programs for cancer prevention and treatment. Those therapies include meditation, yoga, vitamins and natural health products, group support, distress screening, creative arts and exercise. 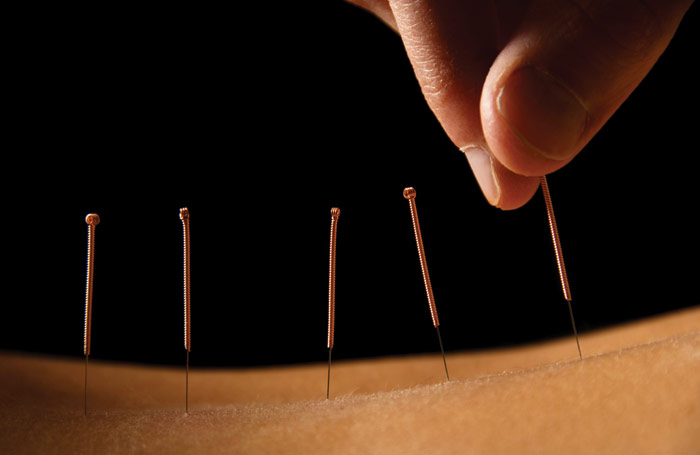 Lately I’ve been talking to colleagues in the States who run integrative oncology programs, and over and over they’ve told me that acupuncture is one of their most popular offerings. This interested me as we don’t offer acupuncture yet at our treatment centres in Alberta, and I wondered what the current evidence is to support acupuncture use in cancer care.

First, what is acupuncture, and why is it supposed to be helpful? According to the World Health Organization, acupuncture is used in at least 78 countries. It is a technique that stems from traditional Chinese medicine. Practitioners believe bodily functions are regulated by an energy called qi, which flows through the body and disruptions of this flow are believed to be responsible for disease and symptoms.

Acupuncture is meant to correct imbalances in the flow of qi by stimulation of anatomical locations, called acupoints, on or under the skin. This stimulation is done by inserting sterile stainless steel needles into specific acupoints. Various techniques are used to stimulate the needles such as manual manipulation including spinning and flicking, or adding a mild electrical current. Needles are generally left in for several minutes. The specific places the needles are inserted, how many are used and how long they are left in varies and depends on the problem or symptoms being treated.

As I started looking at the scientific studies, I was pleasantly surprised at both the quality and quantity of evidence accumulating to support the use of acupuncture. Most of the earlier work in cancer care focused on pain control. Based on this research, a National Institutes of Health consensus panel reported in 1998 acupuncture was effective in controlling postoperative pain.

Following that, a lot of research looked at whether acupuncture could help control chemotherapy-related nausea and vomiting, and it has now been recommended for that use as well. More recently, acupuncture was investigated for its role in managing other symptoms such as hot ﬂashes, fatigue, anxiety and mood disorders, and sleep disturbances – all common cancer-related symptoms.

A review that came out in March of 2013 in the prestigious Journal of Clinical Oncology looked at only the high quality studies of acupuncture in cancer care which included randomized control groups. Typically, a control or comparison group used in these studies is called “sham acupuncture” – it’s meant to be the equivalent of the placebo or “sugar pill” used in drug trials. So the patient thinks they are getting the real thing, but in this case they are getting the needles in the wrong places! This controls the patient’s expectancy that the treatment is legitimate and that it should help their symptoms.

Overall, this review included 41 studies which tested acupuncture for treating eight symptoms – pain, nausea, hot flashes, fatigue, radiation-induced xerostomia (dry mouth), prolonged postoperative ileus (bowel obstruction), anxiety/mood disorders, and sleep disturbance – with three to 11 studies looking at each symptom. Researchers rated the quality of each study, and concluded the strongest evidence existed for treating nausea and vomiting, followed by pain and other symptoms. While most reports were positive, more research is needed.

For me, the take-home message from this is acupuncture is safe and may be helpful for a range of cancer-related symptoms; so if you are interested, give it a try. Just make sure to find a properly trained and certified acupuncturist with ample experience working with people like you. Meanwhile, researchers continue to investigate other uses for acupuncture and try to better understand just how the treatments work to resolve these symptoms.

Get to the Point: Acupuncture is an ancient form of Chinese medicine that dates back many thousands of years. (The exact timeline of its origin and evolution depends on the source of research.) Acupuncture needles range from 13 to 70 millimetres long, and are very fine and flexible. No drugs are injected and no blood is drawn out from the needles. The tips are rounded unlike the cutting edge of hypodermic needles. When an acupuncture needle is correctly placed, a dull, heavy or aching feeling often occurs. Relief is often obtained with acupuncture when traditional medical therapy has failed. Refer to the College & Association of Acupuncturists of Alberta’s website for more information acupuncturealberta.ca

Dr. Linda Carlson is the Enbridge Chair in Psychosocial Oncology at the University of Calgary and a clinical psychologist at the Tom Baker Cancer Centre.