For the past three decades, Delnor Construction has prided itself on building strong relationships, and on creating a healthier and better community for all to enjoy. 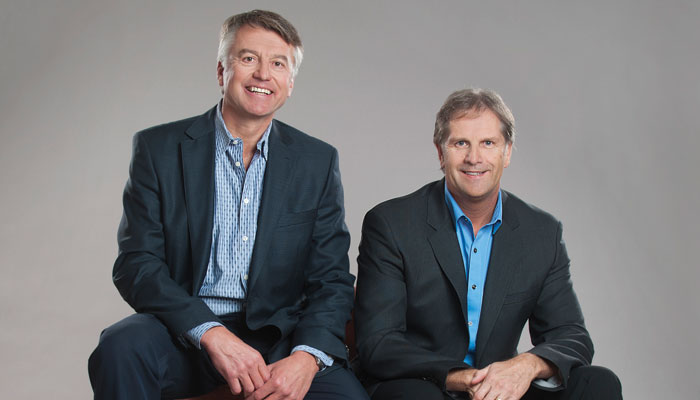 “We built this company on long-term lasting relationships,” says Ed Cyrankiewicz, who is Delnor’s principal, together with Ron Hinz. “Many, many people we worked with 30 years ago, we still have strong relationships with today.”

A general contractor and construction management company celebrating its 30th anniversary this year, Delnor is active on projects throughout Alberta and in the B.C. interior. Founded in 1983, it has approximately 200 employees in the Edmonton head office and approximately 75 staff members total in the Calgary and Kelowna locations.

Delnor does almost every type of construction and renovation, from institutional, office and commercial, to multi-family housing, religious institutions and historic building restorations. The company specializes in the health-care sector, however, “there is no type of commercial or institutional work we would not be interested in,” Cyrankiewicz says.

Delnor has also supported charitable organizations in the community since its early days.

Employees, so far, have raised money for organizations that include the Heart & Stroke Foundation, MS Bike Tour and the Cross Cancer Institute, which Delnor has a longstanding relationship with.

The company has supported the Alberta Cancer Foundation through various fundraising initiatives for 20 years, including gifts-in-kind, participation in the Cross Cancer Institute’s annual golf tournament, and through sponsorship of a donor wall.

Over the years, Delnor has seen the work at the Alberta Cancer Foundation and the Cross Cancer Institute fund advancements to cancer research and care. Hinz says, “We are honoured to be able to contribute to those organizations. We like to contribute to people we have a working relationship with – that’s what inspired us to contribute on an ongoing basis.”

Cyrankiewicz adds that everyone has been touched in one way, shape or form by cancer. “The Cross Cancer Institute is very dear to all our hearts; it’s a great institution,” he says. “Having recently dealt with cancer in my immediate family, the support of all the staff and volunteers has been amazing.”

Delnor employees stepped forward to make a difference after Jaime Jaramillo, a longtime Delnor employee, died in 2010 from leukemia. The following year, Delnor ran a
year-long gift-match campaign in memory of Jaramillo, who “touched anybody he worked with,” Cyrankiewicz says. “He was one of those people who left a lasting impression. He was always the life of the event.”

Contributors to the Jaime Jaramillo Fund pledged an amount of their choosing, which the company then deducted from their pay cheques. “We left it as flexible as possible, so that each individual contributed differently,” Cyrankiewicz says.

Delnor matched dollar for dollar what employees gave to the fund in 2011 and gave a cheque for the total amount – $30,650 – to the Cross Cancer Institute in December 2011.

Most employees are very open to supporting worthy causes, Cyrankiewicz says, and for those who knew Jaramillo, the matching gift campaign held a particular significance.

The money raised in the Jaime Jaramillo Fund matching gift campaign assists people dealing with cancer and those in need of support – patients diagnosed with cancer and the family members who care for them. It covered costs incurred for those travelling from out of town to the Cross Cancer Institute for treatment. Other funds raised by Delnor typically are left up to the charitable organization to decide how that money is spent.

Employees are also encouraged to suggest organizations they would like to support and Delnor has committed to matching funds raised by any of its staff members for a cause aligned with Delnor’s corporate values. “This gives employees the flexibility of supporting causes that are important to them, as well as allowing Delnor to be a part of it,” Hinz says.

“We are very fortunate to have a world-class treatment facility right in our back yard. It’s a privilege to partner with them (the Cross) and acknowledge their great service to the community,” Hinz says. “We are also very proud of our staff and the initiatives that have come forward from them in regards to contributing to the Cross Cancer Institute and various charities.”