Angelina Jolie is known for many things: she is a movie star, the partner of heartthrob Brad Pitt, a mother to six children and a dedicated philanthropist. Earlier this year, her notoriety was boosted once again because she had her breasts removed as a preventative measure after discovering she had a mutation in the BRCA1 gene. Jolie’s mother was 56 when she died of ovarian cancer and Jolie’s aunt, who also carried the gene, died of breast cancer at age 61. 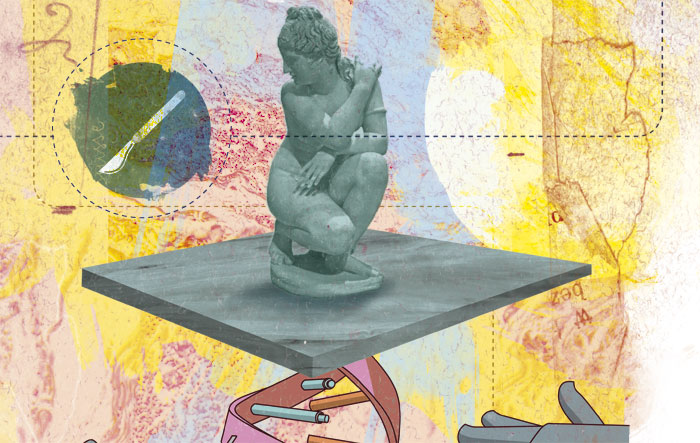 “We cannot judge anyone’s decision,” warns Deepti Babu, genetic counsellor with Alberta Health Services. “You don’t know what you are going to do unless you are in the situation.”

“We cannot judge anyone’s decision. You don’t know what you are going to do unless you are in the situation.”

Prior to a preventive surgical procedure like Jolie’s, women are usually offered genetic testing. “This is a tool to help understand if one’s personal or family history of cancer is hereditary – whether there is a mutation in a susceptibility gene that is passed through family members and causes them to be predisposed to developing a cancer,” Babu says.

A critical tool indeed, but consider the statistics. Only five to 10 per cent of breast cancers and ovarian cancers are suspected to be hereditary, with only one to two per cent of breast cancers due specifically to a mutation in BRCA1 or BRCA2. “People tend to overestimate how common this is,” Babu says.
For genetic counselling (a broader process which includes genetic testing) to proceed in Alberta, it must be initiated by a cancer survivor, male or female. Any member of a family that meets referral criteria can begin the genetic counselling process, which usually includes a discussion about the option of genetic testing, explains Babu. In the case of a breast or ovarian cancer survivor, even though the individual has already had cancer, she may still be interested in discussing her medical family history or learning if she has a BRCA mutation. If she is a breast cancer survivor and has a BRCA mutation, for example, she will be more likely to get ovarian cancer and a second breast cancer, and will therefore need additional medical screening. Plus, her test result then opens the door to the rest of her family being offered genetic counselling and genetic testing as well.

In many cases, Babu says, people just want information and not necessarily a genetic test. Genetic counsellors and medical geneticists examine medical records of all relevant family members and can conduct a detailed risk assessment. The team offers information about the likelihood of hereditary cancer being in the family, reviews any cancer risks and medical screening recommendations, and provides support through the process, explains Babu. “It is powerful information for the individual and the family,” she says.

People should weigh the pros and cons of proceeding with genetic (blood) testing, as there are implications. If there is no mutation found, that does not totally rule out the possibility of a hereditary link (genetic testing is not 100 per cent sensitive as not all genes or mutations are known). If there is a mutation, you need to think what you will do with the information that you are at an increased risk to develop cancer. You might consider more frequent screenings or you might consider what Jolie did – a preventive (prophylactic) surgery.

Dr. Valerie Capstick, a gynecologic oncologist in Edmonton, does prophylactic surgeries as part of her practice. Her specialty areas involve ovarian, endometrial, cervical and vulvar cancers.

One prophylactic surgical choice Capstick discusses is a condition called high-grade serous carcinoma (HGSC), which can arise from the ovary but can also come from the fallopian tubes or even from the surface of the abdomen (peritoneum). It is the most common ovarian cancer and about 16 per cent of those diagnosed with HGSC have a genetic mutation in BRCA1 or BRCA2.

Choosing prophylactic surgery, which reduces the chance of getting HGSC by 95 per cent, is a “very complex decision making process,” Capstick explains. The procedure, a bilateral salpingo-oophorectomy (BSO), removes both ovaries and fallopian tubes. This surgery would not typically be recommended unless a BRCA mutation is present.

If a woman is young and has not had breast cancer a BSO would also reduce her risk of developing breast cancer, but would put her into full-blown menopause and eliminate her option to bear children. There are many other factors to consider as well.

Another scenario is that if a woman is young and has already had breast cancer a BSO would reduce the risk of developing a second breast cancer, but would also result in menopause. “Managing that is one of the most complex issues we face,” Capstick says. “If they are so afraid of menopause that they are afraid to take out their tubes and ovaries, they are walking around with a time bomb. Despite the facts, it is a very emotional decision.”

If a woman is post-menopausal, the decision is somewhat easier. “If a woman has been through menopause already and has the gene mutation, I really encourage [surgery],” Capstick says. Most procedures are done using minimally invasive surgery (MIS) or laparoscopy. If the uterus remains, the woman usually goes home the same day with recovery complete in two weeks. If the uterus is removed, recovery stretches to three weeks and if the procedure is through an incision, recovery can be up to six weeks. Surgery comes with risks like bleeding, negative responses to anesthetics, infection, damage to other organs and blood clots. “But having a baby is higher risk than having your tubes and ovaries out,” Capstick says. “The final relief comes when the pathologist says all is OK.”

“We do know these surgeries are reducing risk and saving lives, but the complexities, if you are not yet menopausal, are huge for a lot of women,” Capstick explains. Some women will opt for regular screening to look for ovarian cancer but this in no way reduces the risk of getting it. By the time you see an abnormality or elevated tumour marker, Capstick says their lives are in serious danger. “We hope to be able to test individuals and to understand the nuances of the genes better over time,” she says. “For now, surgery is the only thing we can do for these women that is of any real significance.”

From Genetic Testing to Prophylactic Surgery

Note: Once a family meets referral criteria, genetic counselling and genetic testing is free in Alberta. The timeframe from beginning to end can take several months.