Q: Why do french fries make me feel so great when I’m eating them?

“Fries are an easy and quick source of energy,” says Charlotte Varem-Sanders, registered dietitian. “Anything salty, sweet or fat has helped humans survive through the ages. These preferences are hardwired.” And while commuting to the office and foraging at the grocery store have little in common with the hunting and gathering our ancestors carried out, modern humans maintain pretty much the same physical makeup as our forebears. Our current lifestyle of low levels of activity and constant access to food that we just don’t have to chase down, dig up or even prepare ourselves has made those food preferences – salty, sweet and fat – a health hazard rather than a boon to survival.

And to make matters worse, a delicious plate of fries holds special allure if you have skipped breakfast or if you have not been eating a balanced diet. And the idea of moderation is terrific but, as Varem-Sanders says, “most people’s idea of it is not all that moderate.”

She says that the key to avoid falling prey to your cravings is to eat a healthy, balanced diet. One trick to beating the french-fries cravings is to keep an even more convenient snack on hand: nuts. “They keep well and contain healthy fat and some protein to satisfy carvings,” she says. “Plus, you can keep them at the office, in the glove box or in your bag.”

It doesn’t get more convenient than that.

Q: Do your eyes get worse the more you wear glasses? Are there exercises for eyes?

Again, because your vision has to do with the structure of your eye itself, exercises won’t change or improve your prescription. But there are other conditions that exercise can improve. “If you have a lazy eye, or you are seeing double, or your child gets a headache every time he reads – that could be a problem with the muscles of the eyes,” Saik says. “And those muscles are like biceps and triceps in that they can improve with exercise.” He says it’s important to rule out other conditions, but once he has, people with these problems can usually find some improvement with exercises under the supervision of an optometrist.

Q: Should I be taking vitamin D and giving it to my kids? In what doses?

Vitamin D plays an essential role in the body’s absorption of calcium and aids in the growth and repair of bones, says Dr. Peter Craighead, medical director of the Tom Baker Cancer Centre and academic head of the department of oncology at the University of Calgary. “It also has a role in immune function, and this might be at the root of its reputation in cancer prevention; it has a role in cell differentiation and growth of cells.” Craighead says that the role of supplementation with vitamin D to reduce cancer is unproven, in that most randomized studies looked at its role in bone diseases such as osteoporosis. Other studies were flawed because of inappropriate dosing within the studies. Some population-based researchers noted a decline in breast and colorectal cancer rates among people taking vitamin D, but cancer prevention was not the focus of those studies.

Craighead says that these anecdotal findings have encouraged other researchers to undertake randomized trials, testing the efficacy of vitamin D as a tool for cancer prevention. “There’s reason to be cautiously optimistic,” he says, and he looks forward to the results of more studies.

For most adults with a family history of breast, prostate or colorectal cancer, Craighead says a daily vitamin D dose of about 600iu would not be harmful, noting that the body naturally produces vitamin D in the presence of sunlight, with darker-skinned people producing less. Given that most Canadian adults are advised to reduce their risk of osteoporosis by taking vitamin D supplements, these doses might also help reduce cancer incidence. While the absolute benefits are still unknown “there are few known side effects and toxicity doesn’t occur unless levels are very high,” he says.

Higher doses have not been studied in children and he advises that parents not give children vitamin D beyond what is in a standard children’s multi-vitamin and fortified milk.

Q: Is Aspirin a cancer preventer?

Dr. Peter Craighead, medical director of the Tom Baker Cancer Centre, says that the case for taking vitamin D as a cancer preventer is stronger than that of taking Aspirin for prevention. “There are few known associated benefits to taking Aspirin for cancer and there are risks,” he says, citing the potential for stomach irritation, including bleeding.

Craighead mentions a 2012 Oxford University study examining several trials of long-term, low-dose Aspirin use. The study looked at the use of the drug for stroke prevention. It indicated that Aspirin may also reduce the risk of certain cancers, such as colorectal and breast. Once again, these randomized trials were not aimed at reducing cancer incidence, but Craighead describes this kind of finding as an indicator that the Aspirin/cancer connection might be a good topic for future trials.

Craighead cautioned that if people were to take daily Aspirin in hopes that it might help prevent cancer, they should take only low-dose (81-mg) tablets that have been treated with enteric coating to offer some protection for the stomach. 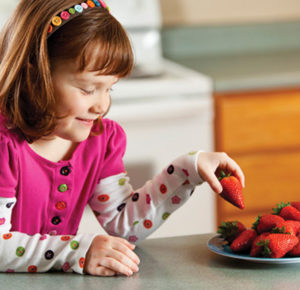 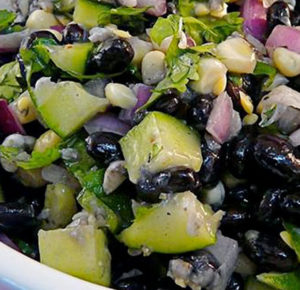 Freshen up with a cucumber and black bean salad