In its third year, 2012, the tourney pledged to direct its earnings to the Alberta Cancer Foundation in support of breast cancer research. Real Men Wear Pink is led by a committee headed by Lee Hutchinson of Calgary, who recently lost his sister to breast cancer. Other committee members include breast cancer survivors and family members.

To find out more about the event, make a donation or look at some great past event photos visit www.realmenwearpink.ca.

Kananaskis isn’t the only place hosting a golf tourney this summer. The Ducharme Motors Charity Golf Tournament will be back for its sixth annual event in Bonnyville this year. “It’s a companion event to Cross Cancer Institute Golf Classic,” says Charissa Spencer, special events manager for the Alberta Cancer Foundation. “It’s organized by the Ducharme family, long-time donors who have been great friends of the foundation for many years.” This tourney has raised more than $78,000 for the Bonnyville Community Cancer Centre since 2007. 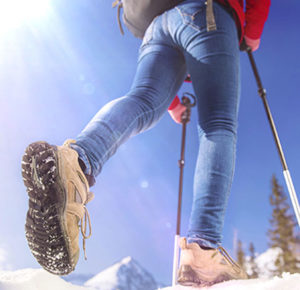 Ten Ways to Be Active in Your Everyday Life