Q: I smoked when I was pregnant. Is it my fault my son has leukemia?

“We have never been able to link childhood leukemia to maternal smoking,” says Dr. David Eisenstat, director of Pediatric Hematology, Oncology and Palliative Care at the University of Alberta. There are many types of cancer of the blood and bone marrow, grouped loosely under the banner of leukemia, and the disease accounts for about a third of childhood cancers. Rates of childhood leukemia have climbed slightly, but survival rates have jumped for over the last 30 years, to the point that more than three-quarters of children survive five years or longer past a cancer treatment.

“Parents often feel guilty when their child gets cancer,” Eisenstat says. “They wonder if they could have done anything differently. In fact, leukemia has never been linked conclusively to any environmental exposure – except radiation.” He advises that, instead of worrying about what caused a child’s cancer, parents should take steps to safeguarding the child’s health today. “A child who’s currently being treated for cancer is at slightly higher risk of respiratory illness,” Eisenstat says. “Parents shouldn’t smoke in the house, or even step outside for a cigarette.” He explains that smokers exhale second-hand smoke for 15 minutes after their last cigarette, so even if they do their smoking outside, they are unwittingly bringing the toxins back in. And children who have had cancer are at increased risk of second cancers later in life, another reason to maintain a smoke-free home.

“The interface between cancer, genetics and human development is the focus of many research efforts,” Eisenstat says. These are matters of deep interest to researchers, but his takeaway message to the mom who smoked is simpler: She shouldn’t worry about past smoking, but should take steps today to improve her own health and the health of family member by quitting smoking if she hasn’t already done so.

Q: My sister showed me her swollen arm; her doctor said it was a side effect from her breast cancer treatment. What is it?

Your sister has lymphedema. It happens in some patients who have had lymph nodes removed or treated with radiation therapy. “It’s characterized by a swelling of the arm,” explains Krista Rawson, nurse practitioner at the Central Alberta Community Cancer Centre in Red Deer. “It’s caused by blocked or absent lymph nodes in the armpit,” she says. While lymphedema can affect the leg for other reasons, she says that treatment for breast cancer is a frequent cause of the condition in the arm.

In a healthy person, the lymph vessels work to drain fluid and enable a person’s immune cells to move around via the body’s lymphatic system. When the nodes are enlarged, blocked, removed as part of her surgery or damaged from radiation therapy, the lymph vessels no longer drain properly and her arm swells. Lymphedema is chronic, meaning it can recur, but treatments including physiotherapist-prescribed exercise, compression, and sometimes massage can help manage it.

“This condition used to be more common,” Rawson says. “But improvements in surgical technique mean that we don’t see it as often.” Now, a surgeon injects a dye into the patient’s lymphatic system and monitors its movement until he sees it has reached her sentinel node or nodes, the lymph nodes closest to the breast. That way he can remove and examine one node at a time to look for cancer, rather than removing more than he needs to.

Q: I have heard that if you are healing from surgery your body needs extra protein. Why is that?

“If you have a wound from surgery, your body will require extra protein to heal quickly,” says Chelsea Barlow, registered dietitian in oncology at Foothills Hospital. Protein is a factor in a healthy inflammatory response, she says, which is how healing starts. Inflammation is how your body responds to a wound (or other injury). Protein also helps create antibodies that reduce the inflammation afterwards. It jumpstarts a process that creates granulation tissue that acts like a scaffold, over which your wound heals. In a protein-poor recovery, not only will the wound heal more slowly, but the collagen binding it won’t be as strong.

The highest protein requirements happen for up to two weeks after surgery, depending on the extent of the surgery. For most people, this means an intake of 1.5 grams of protein per kilogram of bodyweight, per day after surgery. This almost twice the he recommended requirement for healthy adults of 0.8 grams of protein per kilogram of bodyweight, per day. But that’s not the whole picture. Barlow says that, in addition to the added protein, a person recovering from surgery needs to increase his or her required caloric intake in order to make the protein do its work – all this at a time when appetites are low. “I advise patients to get the biggest bang for the nutritional buck,” she says. Bump up the cream, butter, peanut butter. Munch on nuts and drink higher-fat milk.

For a poor appetite, she recommends nutritional supplements, such as Boost or Ensure. “And choose the high protein and plus versions.”

Q: I exercise for my heart and lungs; what can I do for my liver?

If you are healthy and have no existing liver disease, there are no specific instructions for caring for your liver, beyond general good health advice that includes exercise and eating a healthy diet low in saturated fat. Your liver, the largest organ in your body, is in charge of hundreds of functions. It fights infection, neutralizes toxins, makes proteins and hormones, maintains blood sugar and helps get the nutrients from your food effectively.

Liver is basically the cleanup crew for the body. Ultimately, your liver will process any toxins you eat, drink, absorb or inhale. Your liver stores energy, in the form of glucose, to keep it at the ready for when your brain and body need it. It also stores and circulates fat.

There are about 100 types of liver disease and many of them are a matter of genetics. But to keep your liver functioning well, you need to maintain a healthy bodyweight – fatty liver disease is most common in obese people and it impedes the normal liver function. It means that obesity can actually lead to malnutrition. Most doctors also recommend minimal or moderate alcohol use, meaning no more than two drinks on a given day for a man (one for a woman) and not on a daily basis. Women are more susceptible to alcohol-related liver damage than men. 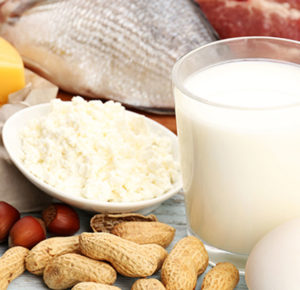 Ask the Expert: How to Eat More Protein During Treatment

Ask the Expert: The Benefits of Core Exercises and Practising Yoga During Treatment