Dressed in khakis in a small, austere office at the Cross Cancer Institute in Edmonton, he doesn’t look like an action hero from the movies he likes to watch with his wife Vijaya but Dr. Sambasivarao (Sambu) Damaraju can don a lab coat and wield a microscope with the best of them. He is equally comfortable in office wear, leading discussions, delivering lectures from the front of the theatre and approaching funding institutions on behalf of his world-class tumour bank. He works each day to prove that the tumour bank he helps run is valuable to future scientists and doctors as they expand their knowledge of cancer research.

THE DOCTORS DAMARAJU : Sambu and Vijaya kick back, trading the lab for the movies.
Photo by Kelly Redinger

His primary role is as a professor at the University of Alberta in the department of laboratory medicine and pathology. And, for Alberta Health Services at Edmonton’s Cross Cancer Institute, he also delves into cancer-focused laboratory research.

He shrugs off any hint that his many responsibilities are too much for one person. “More” is just part of the job. More includes being the director of the Alberta Cancer Research Biorepository (funded in part by the Alberta Cancer Foundation) as well as the organization’s principal investigator for tumour bank ethics protocols. More also means he applies for several research grants, writes research papers, guides MSc and PhD students and post doctoral fellows, collaborates with other cancer-related professionals. Finally, more also means building multi-disciplinary teams as scientific director, such as the Canadian Breast Cancer Foundation – Tumour Bank.

The tumour bank is a way out of the scientific silo, because sciences tend to work in very small pockets, having little to do with each other. “Because there’s no prior infrastructure, degree or qualification to run or create a tumour bank, the banks prior to 2000 were largely within the domains of the pathology departments,” Damaraju says. Oncologists and researchers saved cancer tissue samples in local freezers for their own research purposes.

“We tried to bring interested groups together and work under a common umbrella,” says Damaraju. Eventually, that common umbrella became the ACRB, making tissue, blood and urine samples available to researchers around the world, but still promoting research within Alberta. “A good 80 to 90 per cent of the samples are being used within Alberta. That is our mandate,” says Damaraju. Beyond Alberta’s borders, samples have been sent to the United Kingdom, the United States and elsewhere in Canada.
The tumour bank first collects tissues after diagnostics tests are done. The bank assigns detailed labels and a history to each sample so researchers can choose the most appropriate samples for future lab work.

“He’s driven by a curiosity in science,” says medical oncologist Dr. John Mackey, a colleague and co-researcher of Damaraju’s. “He’s also ambitious, hard-working and driven.” The two met in 2000 when Damaraju first began working at the Cross as a researcher then became the scientific director of the tumour bank (called the PolyomX program).

“There was very little in place when he arrived,” says Mackey. “His job was to build it and make them come.” And come they did. Funding partners, scientists, researchers, doctors and – most importantly – consenting tissue donors, all got on board with the idea of a tumour bank to help research eradicate cancer. Since 2001, the number of samples used for research has doubled each year.

Damaraju’s lab uses samples from the tumour bank on a regular basis for his studies as well. Two questions on which he collaborated with Mackey to answer: What determines the side effects of chemotherapy drugs administered to breast cancer patients? And what are the genetic risk factors for getting breast cancer in Alberta? His studies are ongoing.

The bank’s success is evident through its effective organization and administration, which all began with Damaraju’s vision to take a scientific approach to tumour banking more than a decade ago. He has a PhD in biochemistry and further training in molecular biology. “My background and expertise made me aware that the freezing conditions, storage temperature and rapidity of freezing are critical for the integrity of some components of the tumour.” Viable samples mean everything to cancer research.

A viable sample that came with the donor patient’s history for researchers to review was unheard of until 2001. “The samples are a bit like fine wine: the longer they’ve been stored, the more information we have on the patients and the more informative the older samples are,” says Mackey.

Damaraju leads seven students and technologists in his genomics lab and 10 core employees in the tumour bank, whom he describes as passionate and highly specialized. None is tied to a job description since there isn’t one. They do what needs to be done, whether it means gathering consent letters from participants, entering samples into the tumour bank or working with specimens in the lab.

This busy scientist appears to have little down time, but his face lights up with the mention of his wife, researcher Dr. Vijaya L. Damaraju, and two daughters, Deepti and Swathi. The mention of Christmas also gets him giggling like an excited, hopeful child. “Many people ask if I celebrate Christmas coming from Hindu India and I find it odd,” he says. “What is there not to celebrate at Christmas? There’s the spirit of joy and love, sharing and getting together as a family. The amount of spirit and energy is something I cannot describe.” 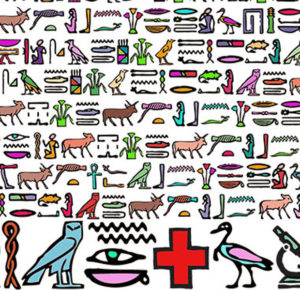