Yasmin Kanji, the pharmacist-owner for the Kingsland location of Shoppers Drug Mart in Calgary, used a simple strategy to encourage her co-workers to join her in supporting the Weekend to End Women’s Cancers. “I asked them if they know anyone who has, or has had, cancer,” says Kanji, “and nine out of 10 times, they know someone. Then I asked, ‘what are you doing to help?’”

Kanji’s own involvement in the Shoppers Drug Mart Weekend to End Women’s Cancers benefiting the Alberta Cancer Foundation began last year when a close friend was diagnosed with breast cancer. As Kanji watched her friend start treatment, she thought, “what can I do to help?” She joined Team Shoppers Drug Mart last year and was one of almost 100 employees walking in Alberta. More than 1,000 employees from various levels of Shoppers Drug Mart walked across Canada, collectively raising more than $1.17 million at the weekend event.

Shoppers Drug Mart is the national title sponsor for the weekend, which includes a 60-kilometre walk over two days (walkers camp overnight) or a 30-kilometre walk in one day. “We participate in terms of financially helping with the walk but also in terms of all our volunteers and walkers,” says Lisa Gibson, the director of communications and corporate affairs for Shoppers.

Gibson says Shoppers has a mandate specific to women’s health that emphasizes the three key pillars of body, mind and spirit. That makes the company’s support for the Weekend to End Women’s Cancers a natural fit. The 2011 events, which were amalgamated into a single walk in Calgary in July, saw 1,250 participants raise $2.6 million for the Alberta Cancer Foundation. That sum brought the total for the past six years to more than $24 million, money that supports breast and gynecological cancer research and programming.

The extensive involvement of Shoppers Drug Mart in the event benefits many. Employees who participate in the weekend gain health benefits from training for the long walk. Customers learn about the important cause and have the opportunity to donate. And patients and their families ultimately benefit from funds raised. “There’s just so much enthusiasm at all levels,” says Gibson. “Lots of people are very passionate.”

Back at the Kingsland Shoppers Drug Mart pharmacy, Kanji prepared for her second event. Her customers were involved too, donating money and frequently checking in on Kanji and her training routine.

Kanji described this year’s event to be just as impressive as last year’s. “There was a lot of energy and enthusiasm,” she says, noting that seeing people who had gone through cancer treatments on the walk and cheering for the walkers from the sidelines was especially encouraging. “It showed the end result, what we’re all achieving,” she says. This year, Kanji’s friend who initially spurred her involvement has completed treatment. She walked a few blocks with Kanji and cheered for her and the thousands of other walkers. 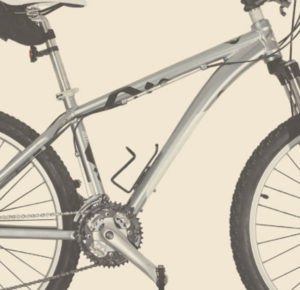