It is Thursday morning and the fitness facility where Lisa Belanger works is humming with activity. Two women are vigorously working out in the aerobic area of the gym – one on a treadmill and the other on an elliptical trainer. While a trainer monitors progress in their exercise regimen, the pair is busy socializing.

Support Team: Lisa Belanger is a cancer researcher who knows the importance of supporting her clients.
Photo by Kelly Redinger

When Deborah Amero walks in, Belanger’s face lights up and the two women begin discussing the latest events in their lives as Amero puts on her gym shoes and straps on a heart monitor. Before long, Belanger has gathered Amero’s exercise plan and is busy encouraging her as she goes through her fitness program, which begins with interval training on a treadmill and ends with resistance training in the facility’s weight room.

On the surface, this fitness centre seems like an ordinary athletic club, but it is actually a research facility where cancer researchers analyze the effects of exercise on cancer patients both during treatment and following it. Lisa Belanger is a certified trainer, but she is also a student working on a PhD in Physical Education and Recreation at the University of Alberta. In this gym, she is a cancer researcher.

“Studies have shown that physical activity improves health-related quality of life, both in individuals undergoing cancer treatment and those who’ve completed it,” explains Belanger. “Some of the best research is taking place right here in Alberta. It’s on the correlation between physical activity and cancer prevention, improvement in treatment, and long-term improvement in quality of life and maintenance of disease-free status.”

At the gym, people are coming and going. Belanger explains that, at this time, there are two research projects going on in the facility; both being led by Dr. Kerry S. Courneya. As a PhD student, Belanger spends at least 12 hours each week in the gym working closely with project participants.

Personal Touch: Program participants benefit from Belanger’s mentorship as much as her expertise.
Photo by Kelly Redinger

One project involves people such as Deborah Amero who have recently undergone treatment for colorectal cancer. At the recommendation of an oncologist, those who’ve completed chemotherapy and radiation treatment and are declared cancer-free are followed for three years to determine the effects of exercise on disease-free survivorship. Physical activity has been linked to cancer prevention and researchers believe that those who develop active lifestyles will remain free of disease longer. To ensure the accuracy of the results, almost 1,000 people will be participating in a coordinated program through more than 17 cancer centres in Canada and Australia. After three years of close monitoring and mentorship in the gym, researchers will follow participants for 10 years.

Being a participant means coming to the gym at least once a week and working with Belanger as a fitness coach. It’s a big commitment, but Amero sees it as a great opportunity. “When I was going through chemo, I didn’t want to do anything,” Amero says. “I thought this would be a good way to get back my muscle tone, but it’s done so much more. I have a lot more energy since I started exercising. It’s great to have access to this kind of support. By the end of the three years, I’m going to be very fit.”

The second project taking place in the facility is analyzing the effects of exercise during chemotherapy treatment in a group of breast cancer patients. Participants commit to work out in the facility three times per week while undergoing treatment. Researchers like Belanger set up individual programs and monitor the effects of the physical activity. Early results of the research indicate that exercise is helping participants cope better with chemotherapy and they are experiencing fewer delays and setbacks in their treatment.

“I was feeling so ill last week after my chemo treatment and I tried everything I could think of to overcome the symptoms – from hot baths to ginger-ale,” says Janis Clegg, a young mother of two who is participating in the program. “I had committed to go to the gym three times per week, so I dragged myself in here. I was surprised when I discovered that after I got on the treadmill I started feeling better. The side-effects of chemotherapy treatment are very hard to handle at times, but exercise is helping me tolerate it better.”

When Belanger is not in the gym coaching participants, writing exercise plans, and analysing data, she spends her time working on her graduate project – a study on the effects of exercise on the quality of life of young adult cancer survivors. As part of her thesis project, she is creating an exercise guidebook for young adult cancer survivors and will be following up by analyzing the effects of this guidebook in motivating young adults to stay active.

“I love my job,” she says. “This research is so important, because it deals with ways to improve quality of life for people who have had cancer. It’s not enough just to survive the disease – I want to make people’s lives better.” 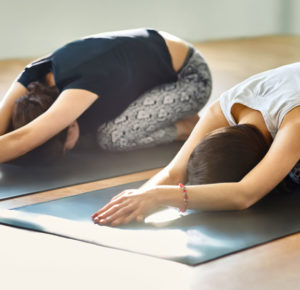