Some of that money was raised through the sale of pink Blackberry devices. The company donated $25 for each unit sold in Canada, equipping regional hospitals with new digital mammography machines. Employee and corporate donations also supported the Go Pink initiative.

“Our friends at TELUS have helped us complete our $11 million commitment to purchase digital mammography equipment for fixed screening centres in Edmonton and Calgary as well as two complete mobile screening clinics,” said Linda Mickelson, CEO of the Alberta Cancer Foundation.

She added that mammography is still the most effective tool for diagnosing breast cancer at its earliest, most treatable stage. “This gift has an impact across the province,” she says. “The mobile units will visit 100 communities each year making it possible for 25,000 women to have access to this life-saving test and new technology close to home. The TELUS gift provides a final boost to thousands of walkers in our Weekend to End Women’s Cancers over six years, who raised money for this project.”

The state-of-the-art digital machines replace older analog mammography machines and can detect cancers when they are smaller. Tests are clearer and prevent the need for some retesting and waiting for new tests.

TELUS has been a long-time supporter of charities that advance cancer research, awareness and detection. Since 2000, TELUS, its team members and retirees have contributed $12.4 million towards finding a cure for cancer, and continue to raise funds and awareness for early detection. 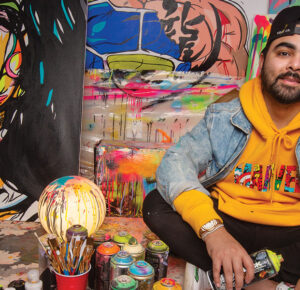 Where the Money Goes