Ashley Brulotte enjoys playing soccer for many reasons. “It’s fun, you meet some new people and it’s a great workout,” says the 29-year-old.

While he makes no mention of reducing his cancer risk, by living an active lifestyle, Brulotte is doing just that. Participating in physical activity and eating right help maintain a healthy weight, which is an important factor in reducing the risk of cancer. Being overweight increases the risk of certain types of cancer, including those of the breast, esophagus, gallbladder, kidney, liver, pancreas and uterus.

The Public Health Agency of Canada recommends that adults get a total of 60 minutes of physical activity each day and organized sports are a fun way to meet this target. “Soccer is a great activity for maintaining fitness levels or improving fitness levels,” says Mike Thome, executive director of the Edmonton District Soccer Association.
Brulotte says he is so focused on following the ball around the field, that he doesn’t notice he’s getting a good workout. “It’s a great way to exercise that doesn’t involve running in a straight line.”

Despite a 22-year hiatus, Ashley Brulotte jumped at the chance to join his co-workers on a recreational soccer team. Although he felt “a little nervous” going into his first game, the Edmonton chartered-accountant-by-day enjoyed the soccer season so much, he signed up again.

“I had never played before other than maybe when I was in kindergarten,” says Brulotte.

He isn’t alone. An increasing number of adults, including those who have never played soccer before, are joining Alberta teams, lacing their cleats and hitting the field.

Mike Thome has been executive director for the Edmonton and District Soccer Association (EDSA) for 11 years and says he’s seen an increase in participation levels each year. The EDSA, which celebrated its centennial last year, has thousands of players and has added new leagues to keep up with demand from adult players. This included a “classics” league for women 35 years-plus 13 years ago. Five years ago, demand increased again, and the EDSA added a “vintage” league for women aged 45 years-plus.

The term soccer mom took on a whole new meaning for the EDSA, as women who had never played before, but loved watching their children play, wanted to get in on the action. “Kids would get together to play and the moms would get together and say, ‘doesn’t that look like fun? Why don’t we start a league as well?’” says Thome.

In 2006, the organization launched recreation leagues for men and women looking to play strictly for fun. These leagues don’t compete to move up divisions or qualify for provincials, like other teams in the league. “They get together once or twice a week to play for the sake of playing.”

Stacey Bacque, an Edmonton-based nursing student, started playing soccer for the first time as an adult, with one of these EDSA recreation teams. “Because it’s a rec league, it’s really fun,” explains Bacque, 25, who liked the game so much, she signed up for a second season.

The EDSA isn’t the only option for adult soccer players, nor is it the only league that has seen an increase in players. Last spring, the Calgary Sport and Social Club had 1,067 teams registered for the spring soccer season. This year, that number increased to 1,209. To the north, the Edmonton Sport and Social Club had 693 teams play in the 2009 spring season, while 913 teams participated in the 2010 spring season.

There are a range of adult soccer leagues across the province, and no shortage of options means you will find the team that’s right for you. Check out these links to get started:

Michelle Harrison, marketing and special events manager for the Calgary Sport and Social Club, attributes the rapid growth to the fact many adults are looking for non-competitive soccer teams. “If you want to just play (soccer) for fun, there are not many places you can do it without it being competitive and having practices and playing three times a week,” says Harrison.

Both Calgary and Edmonton’s Sport and Social Clubs offer indoor and outdoor soccer and the entire organization has a “fun first, winning second” approach to games.

Ashley Brulotte returned from his 22-year soccer hiatus by signing up with the Edmonton Sport and Social Club when he was 27. He is currently playing in his sixth 10-week season with the league. “It’s just a good way to keep fit and keep active and have fun,” says Brulotte, whose commitment involves one game a week and no try-outs or practices.

The minimal cost is another reason Brulotte, and other players, find the sport so attractive. You don’t need expensive equipment, just a pair of cleats, shin pads and some socks.

EDSA’s Thome attributes soccer’s popularity, partially, to a change in Canadian culture. “Canada is sort of getting in tune with the popularity of the game worldwide and realizing what a great activity it is,” he says.

The social aspect is another reason for adults to take to the field. “It’s a large group of people, as opposed to playing an individual sport,” explains Thome. “Players feel an affiliation to something, which is great for mental health.”

Brulotte often joins his teammates, and even members of the opposing teams, at local pubs after games. “Soccer has become more of a social outing that has exercise in it,” he says.
Despite a “super stressful” first game, Bacque says she’s noticed an improvement in the course of one indoor season and the start of this outdoor season. “There is just a huge change in confidence. The more you play, the more you know what to expect,” says Bacque.

Brulotte, who hasn’t looked back since signing up for soccer as an adult player two years ago, recommends aspiring soccer players sign up and start playing. “The first couple of games are always going to feel a little out of place,” says Brulotte. “Just take that leap of faith. Just do it.” 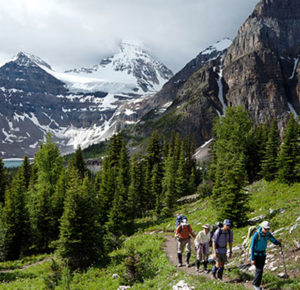 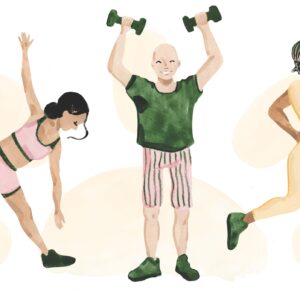