Where Kids Can Be Kids

Kids whose parents have or have had cancer will get a chance this summer to share stories, s’mores and more at a brand new camp program designed especially for them.

SunHaven is the first residential summer camp of its kind in Canada. It’s operated 83 kilometres northwest of Calgary at the Kids Care Cancer Foundation of Alberta’s (KCCFA) Camp Kindle, which the Alberta Cancer Foundation was pleased to help establish to with a $500,000 gift.

“We’re really thrilled to be able to have this resource,” says Christine McIver, KCCFA founder and CEO. “The advantages are that the kids aren’t alone, they can be together, sharing similar experiences and trying new things, and being out and about in nature. It’s good for the soul, and that’s what kids are supposed to be doing: having fun.”

Linda Weidmann, who was diagnosed with Stage 3A breast cancer in 2007, is looking forward to sending her children, Eric, 8, and Sarah, 7.

“Cancer makes kids grow old in a heartbeat, whether it’s the kid or the parent who has it,” she says. “Things don’t go back to normal again. We like to think they do, but they don’t. It’s always there as an element in life from that point forward. This gives them a chance to be kids again, to go off and have fun.”

SunHaven is open to children between the ages of seven and 15. The first two sessions, Aug. 2-6 and 9-13, are for children who have a parent in or recently off treatment. The Aug. 16-20 session is for bereaved children. Each camp will include activities including arts and crafts, hiking, archery, campfires, wetland studies, orienteering, survival skills and games.

The $400 cost includes all meals, accommodation, programs, supervision and transportation to and from pickup points in Calgary, Red Deer and Edmonton. And, thanks to a generous gift from the Leonard and Faigel Shapiro and Family Trust, 25 subsidies of $150 each are available to families on a first-come, first-served basis. Eligible families with more than one child may be granted more than one subsidy.
For more information, or to register, call 403-984-1227 (or 1-888-554-2267 toll-free in Alberta), email phllipo, or go to kidscancercare.ab.ca.

It’s one thing to hear the words “You have cancer.”

It’s quite another to say, “I have cancer,” especially to your children. For many parents, delivering the news is harder than receiving it.

“They want to be able to say the right words,” says Dr. Shawn Steggles, director of Psychosocial and Spiritual Resources at the Cross Cancer Institute in Edmonton. “They don’t want to hurt their children. It is all done out of compassion and caring. It gets more difficult if the prognosis is poor, but [either way] it’s a painful process.”

There is no right or wrong way to talk to children about cancer, but experts agree there is one ironclad rule: honesty is the best policy, no matter how ugly the truth may be.

Steggles recommends choosing a time when you’re not going to be rushed or interrupted – preferably not before bedtime, as the news may make it difficult for a child to fall asleep. He also recommends choosing a quiet place where you and your child will feel comfortable. If the parent who has cancer doesn’t feel comfortable giving the news, then the other parent or another caregiver should do so. But the worst thing anyone can do is to keep the news secret from a child.

SAFETY FIRST: A counselor buckles Eric Weidmann up for some fun at Camp Kindle, which hosts kids affected by cancer.

“It’s not a matter of when will they find out; it’s a matter of who will tell them, and when and how they find out,” says Steggles, who has counselled adult cancer patients for 25 years. “If you go through chemotherapy, you’ll lose your hair, and they’ll figure it out. Or someone else will blurt it out – a friend will say, ‘Oh, your mother has cancer.’ It never works out well [to hear the news] that way.”

When Linda Weidmann of Fort Saskatchewan was diagnosed in January 2007 with Stage 3A breast cancer, there was no question that she and her husband would be honest with their children, no matter how difficult it was for everybody.

“If you sugarcoat it or you don’t tell them the truth and things turn bad, then how can that child trust the surviving parent?” Weidmann says. She and her husband told Eric and Sarah, then five and nearly four years old, “Mommy’s got cancer.”

The children were familiar with the illness because their grandmother had recently been treated for lung cancer, but even if your children don’t know someone who has cancer, they’ve likely heard the word. “Kids are astute,” Weidmann says. “They see it. It’s talked about on TV. They know.”

Still, when telling a child that a parent has cancer, it’s important to give the news in an age-appropriate manner. If your children are far apart in age, you might want to tell them separately. “You have to address the child’s level of understanding,” Steggles says. “Because of age and maturity, they’ll react in different ways, with anger, sadness, or acting out.”

Type “Talking to kids about cancer” into your Internet search engine and more than five million links will appear. Among the most helpful is one from MacMillan Cancer Support (www.macmillan.org.uk).

Dr. Shawn Steggles, director of Psychosocial and Spiritual Resources at the Cross Cancer Institute in Edmonton, uses a handout from the website’s section on talking to children (Talking to Children.aspx).

Dr. Steggles also recommends several books, including When a Parent Has Cancer: A Guide to Caring for Your Children, by Wendy S. Harpham (Harper Paperbacks) and Cancer in Our Family: Helping Children Cope with a Parent’s Illness, by Sue P. Heiney, and Joan F. Hermann (American Cancer Society).

Some parents have an idea of how their children might react, based on how the child has reacted to bad news in the past. If possible, it’s helpful to role-play scenarios with another adult before sitting down with your child: that allows you to anticipate how they’ll react, the questions they may ask, and how you’ll answer.

Weidmann and her husband didn’t offer a long speech when they told their children about her cancer. Instead, they allowed Eric and Sarah to digest the news, think about it, and come up with questions. The couple was prepared for whatever their children might ask, and the children asked the hardest question first: “Is Mommy going to die?”

“Again, you have to be honest with the kids,” recalls Weidmann, who didn’t know her prognosis, only that it wasn’t promising. “So we just said, ‘We hope not. Mommy’s going to get treatment and we hope Mommy won’t die, but we don’t know for sure.’”

She also cried along with her children, which experts agree can be cathartic for everyone. “Showing emotions is not such a bad thing,” Steggles says. “It shows your children that it’s OK to be emotional.”
Weidmann’s treatment, which included a double mastectomy, radiation and chemotherapy, was successful. Throughout the two years that she was under doctors’ care, she continued answering her children’s questions, providing them with much-needed comfort. They did the same for her.

“My kids made me stronger through it,” she says, underscoring another reason it’s crucial for parents to be honest about their cancer: because you can’t share the good if they’re unaware of the bad. “You have a really lousy day, or your treatment takes forever, and you battle the traffic coming home and then you come in the house and the kids are all happy to see you, and happy that you’re home,” she says. “It just lifts your spirits.” 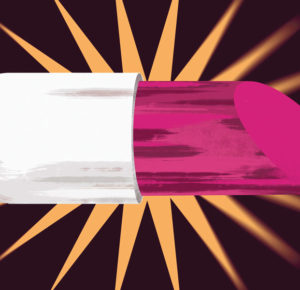 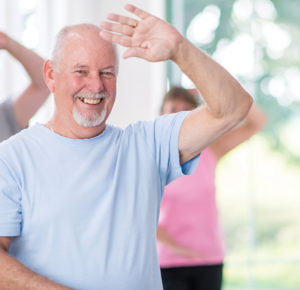 5 Ways To Live Well During Treatment